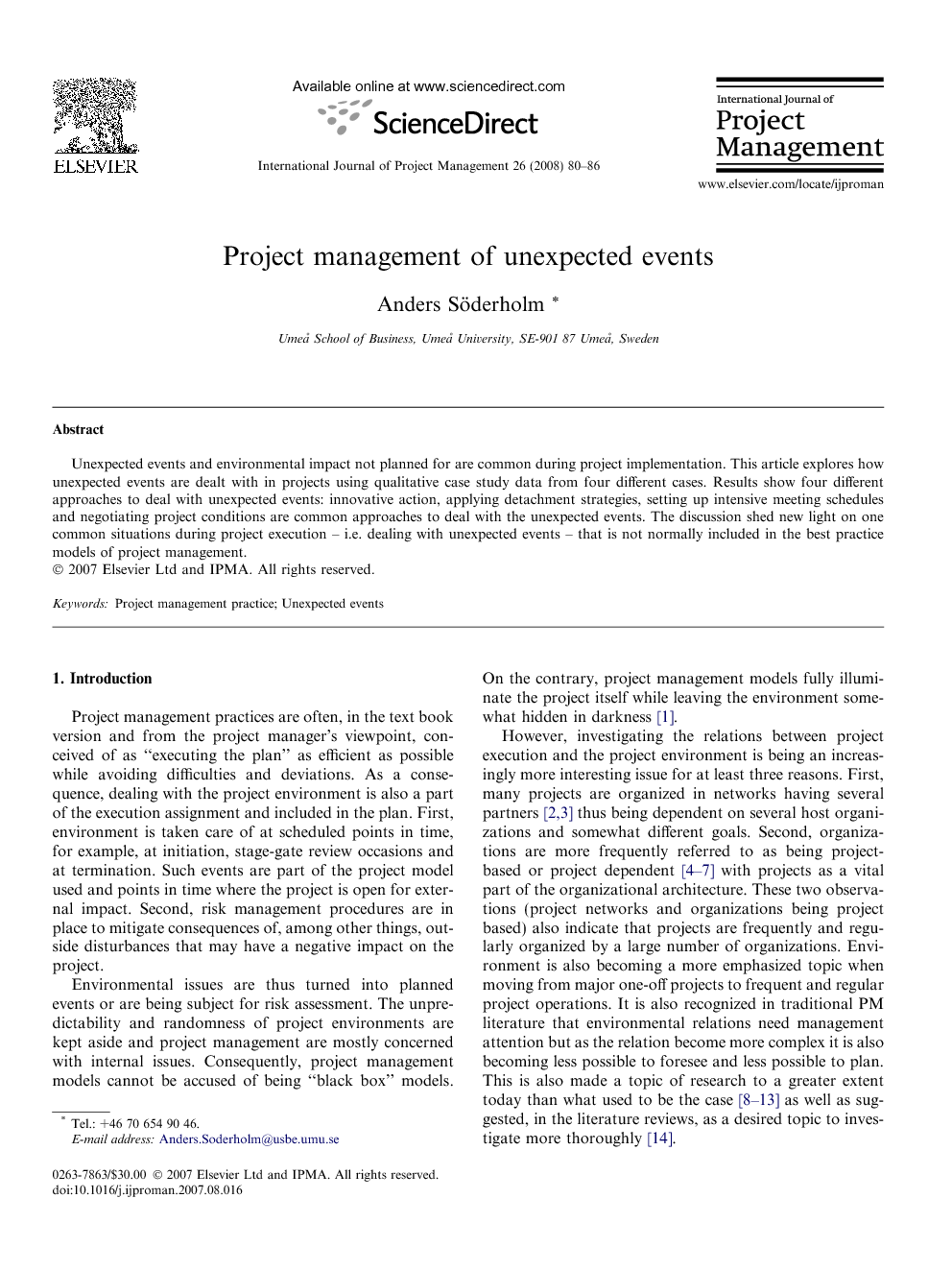 Organizations are more and more “projectified” and find themselves dependent on a large number of small and mid-sized projects, and a few larger ones. A new corporate landscape and a renewed set of management challenges arise in such organizational settings requiring new approaches to understand operations as well as management ([4] and [7], see also [34]). The focus on projects, project environments, and projects as corporate components are all part of this renewed management agenda. The contribution of this paper – an outline of patterns of environment – project links – is one approach and one contribution to the overall development of more refined understanding of contemporary organizations. The paper has showed how the environment keys in with project work during execution, through re-openings, revisions, and fine-tuning. Taken together the analysis deepens the understanding of project management challenges and provides some conceptual understanding to the everlasting issue on how to relate the separate task of the project to the developments of the organizational context and the time frame of which the projects are one part.