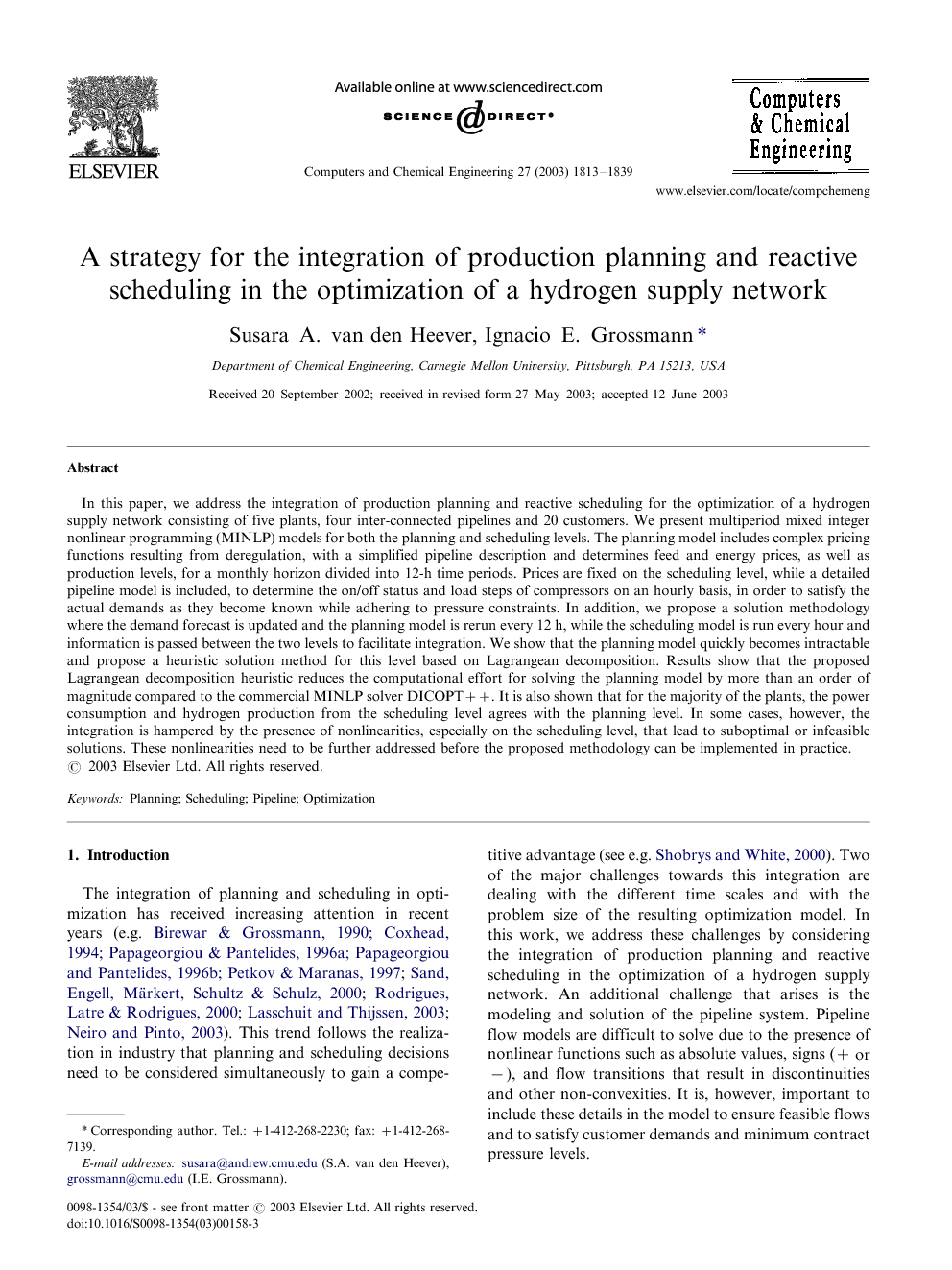 In this paper, we address the integration of production planning and reactive scheduling for the optimization of a hydrogen supply network consisting of five plants, four inter-connected pipelines and 20 customers. We present multiperiod mixed integer nonlinear programming (MINLP) models for both the planning and scheduling levels. The planning model includes complex pricing functions resulting from deregulation, with a simplified pipeline description and determines feed and energy prices, as well as production levels, for a monthly horizon divided into 12-h time periods. Prices are fixed on the scheduling level, while a detailed pipeline model is included, to determine the on/off status and load steps of compressors on an hourly basis, in order to satisfy the actual demands as they become known while adhering to pressure constraints. In addition, we propose a solution methodology where the demand forecast is updated and the planning model is rerun every 12 h, while the scheduling model is run every hour and information is passed between the two levels to facilitate integration. We show that the planning model quickly becomes intractable and propose a heuristic solution method for this level based on Lagrangean decomposition. Results show that the proposed Lagrangean decomposition heuristic reduces the computational effort for solving the planning model by more than an order of magnitude compared to the commercial MINLP solver DICOPT++. It is also shown that for the majority of the plants, the power consumption and hydrogen production from the scheduling level agrees with the planning level. In some cases, however, the integration is hampered by the presence of nonlinearities, especially on the scheduling level, that lead to suboptimal or infeasible solutions. These nonlinearities need to be further addressed before the proposed methodology can be implemented in practice.