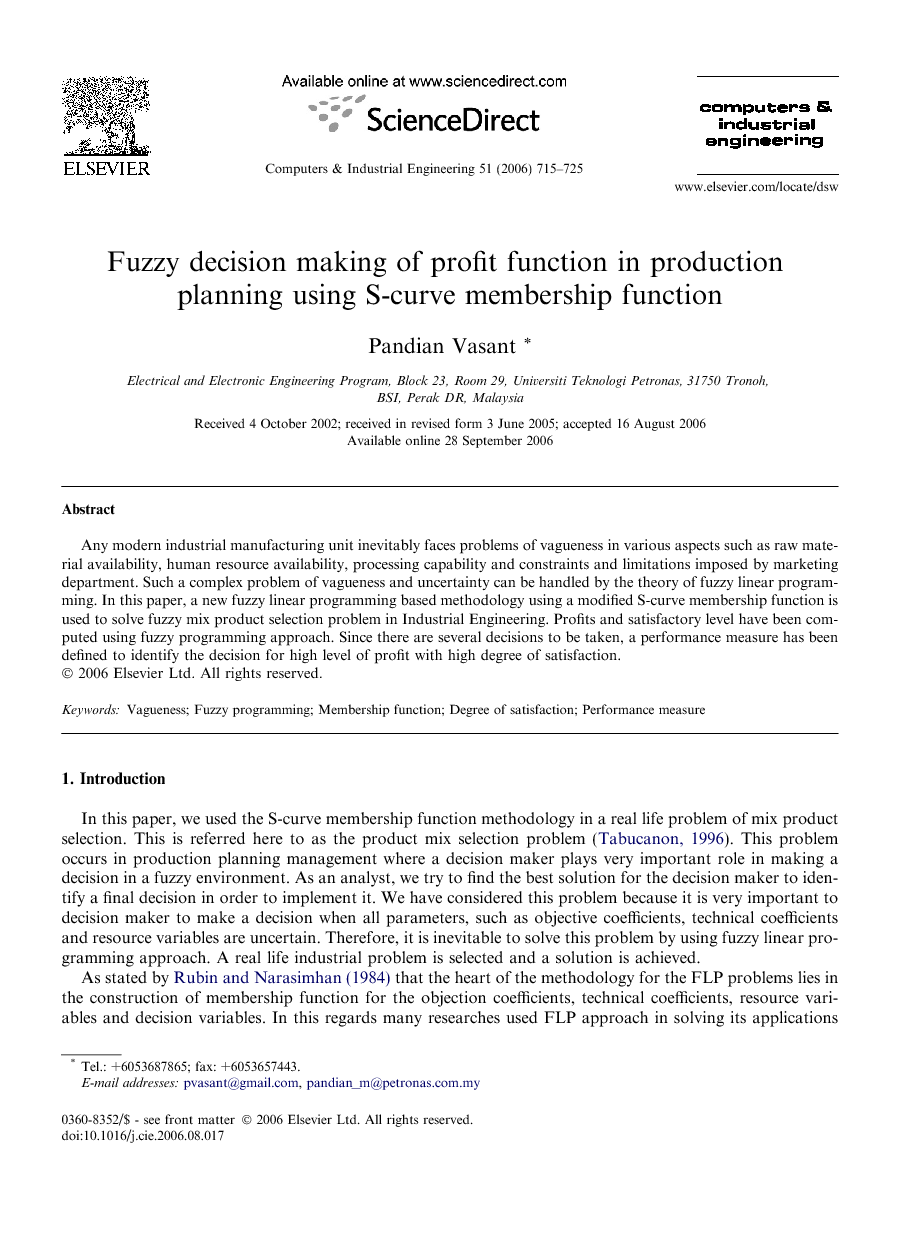 Any modern industrial manufacturing unit inevitably faces problems of vagueness in various aspects such as raw material availability, human resource availability, processing capability and constraints and limitations imposed by marketing department. Such a complex problem of vagueness and uncertainty can be handled by the theory of fuzzy linear programming. In this paper, a new fuzzy linear programming based methodology using a modified S-curve membership function is used to solve fuzzy mix product selection problem in Industrial Engineering. Profits and satisfactory level have been computed using fuzzy programming approach. Since there are several decisions to be taken, a performance measure has been defined to identify the decision for high level of profit with high degree of satisfaction.

This paper has illustrated the application of the proposed membership function in a real world industrial engineering problem; the chocolate manufacturing. The real life problem has 8 decision variables with 29 constraints to be included in the FLP formulation. This real life problem has 8 sub-problems and all of them are solved and their results are tabulated. A decision maker can identify a performance measure for making a decision on which case is suitable for achieving maximum profit. The decision maker can also suggest to the analyst some possible and practicable changes in fuzzy intervals for improving the maximum profit. This interactive process has to go on among the analyst, the decision maker and the implementer till an optimum satisfactory decision to all of them is achieved and implemented. Since the solution for the fuzzy mix product selection is satisfactory optimal solution with degree of satisfaction therefore it is important to select the vagueness α in between minimum and maximum value of z∗. The selection of vagueness is possible by using neural network and genetic algorithm for obtaining optimal solution with certain degree of satisfaction.