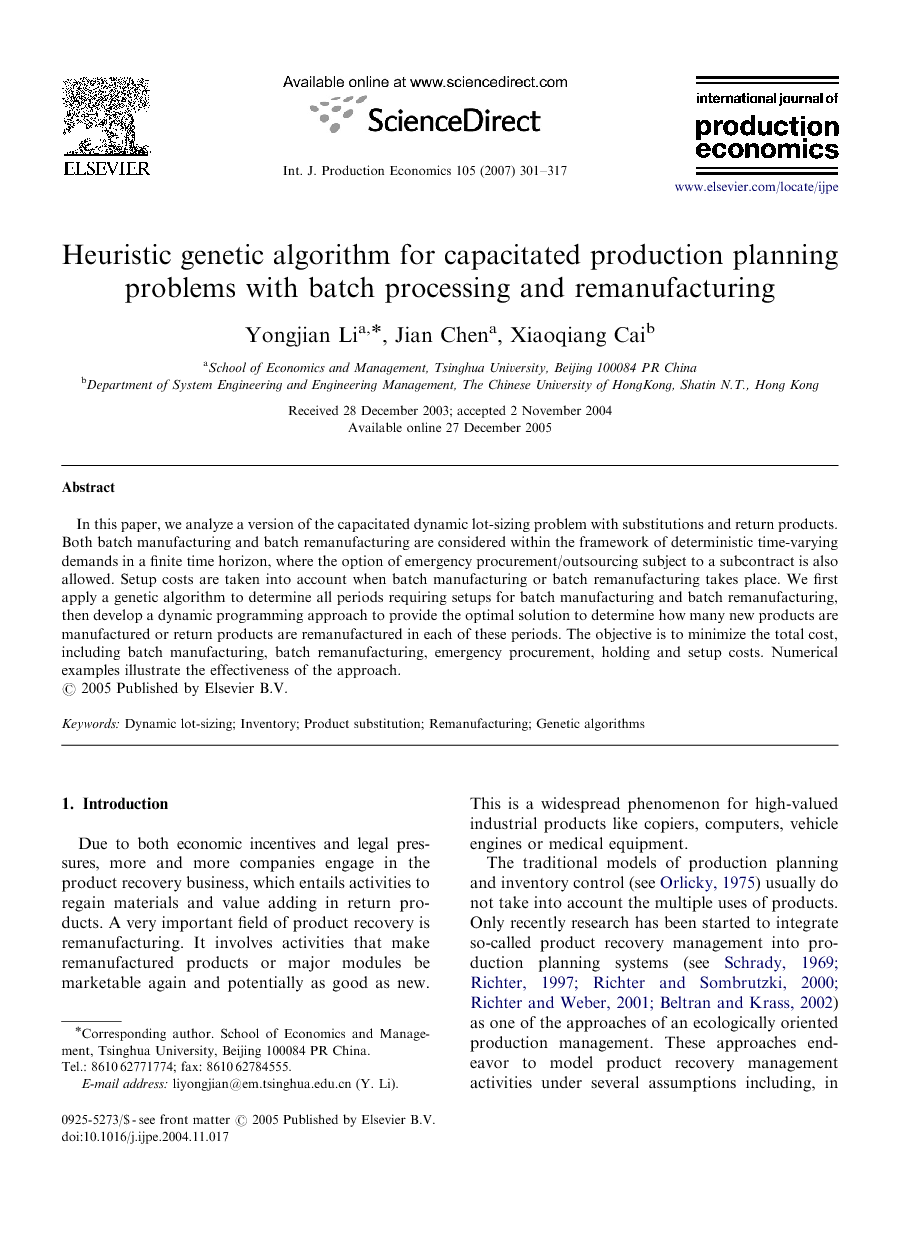 We have studied a production planning problem with substitution and remanufacturing. A general production model with substitution and remanufacturing has been presented and a GA has been proposed to solve the problem. Our model subsumes several well-known production planning problems that have been commonly studied in the area of operations management, e.g., when dit=0dit=0 for i=1,2i=1,2 and t∈Tt∈T, it is a capacitated production planning problem without remanufacturing; when MCkt=0MCkt=0 and RCktRCkt are large enough for k=1,2,…,Kk=1,2,…,K and t∈Tt∈T, it is a pure reverse Wagner/Whitin model. Moreover, the approach proposed in this paper can be extended to solve some more complicated lot-sizing problems, e.g., the problem with sequence-dependent setup costs, the problem with any general form of the objective function and the problem in a rolling horizon situation. We can deal with these problems following the same structure of our approach in this paper: we can still use a GA to determine the periods of setups, and then use a dynamic program to determine the production quantities, which can be modified to handle sequence-dependent setups and other types of costs. Note that the model addressed in this paper is a deterministic one. In general, the demand may be a stochastic process which varies randomly over time. Generalizations of our model and solution approach to the stochastic situations will be interesting topics for further research.