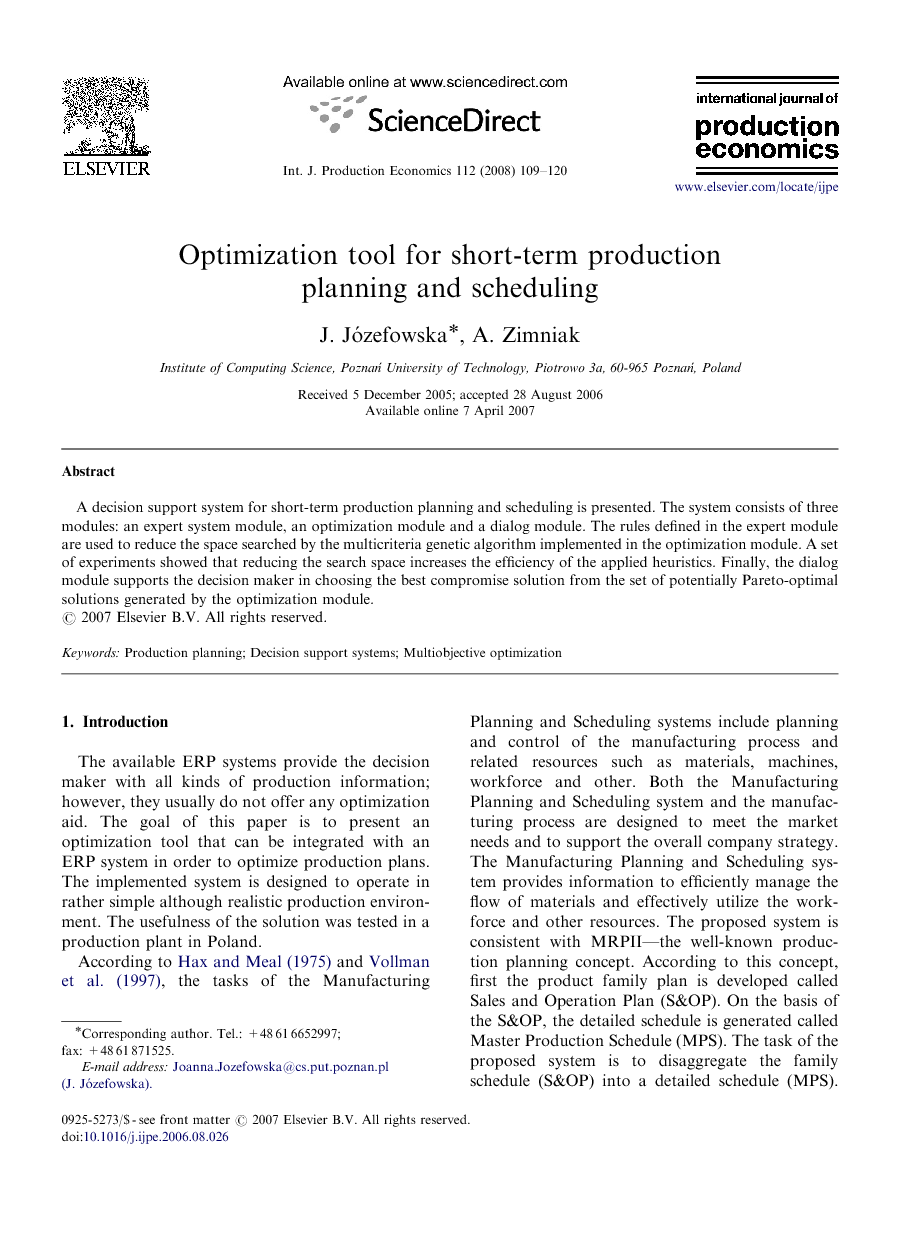 A decision support system for short-term production planning and scheduling is presented. The system consists of three modules: an expert system module, an optimization module and a dialog module. The rules defined in the expert module are used to reduce the space searched by the multicriteria genetic algorithm implemented in the optimization module. A set of experiments showed that reducing the search space increases the efficiency of the applied heuristics. Finally, the dialog module supports the decision maker in choosing the best compromise solution from the set of potentially Pareto-optimal solutions generated by the optimization module.

We have presented a decision support system for short-term production planning and scheduling. In the first phase a rule-based expert system is used to reduce the space of feasible solutions in two ways. On one hand soft constraints are introduced in form of production rules. On the other hand the expert experience can be used to formulate rules eliminating solutions, which are very likely to be dominated by other solutions. In the second phase, a multiple criteria genetic algorithm is applied to find a set of potentially Pareto-optimal solutions. The genetic algorithm operates on the reduced solution space generated in the first phase. The decision support system is augmented with an interactive interface supporting the choice of the Master Production Schedule for the considered planning period from the set of potentially Pareto-optimal solutions. Practical experiments performed with the system in a production plant in Poland confirm its usefulness.