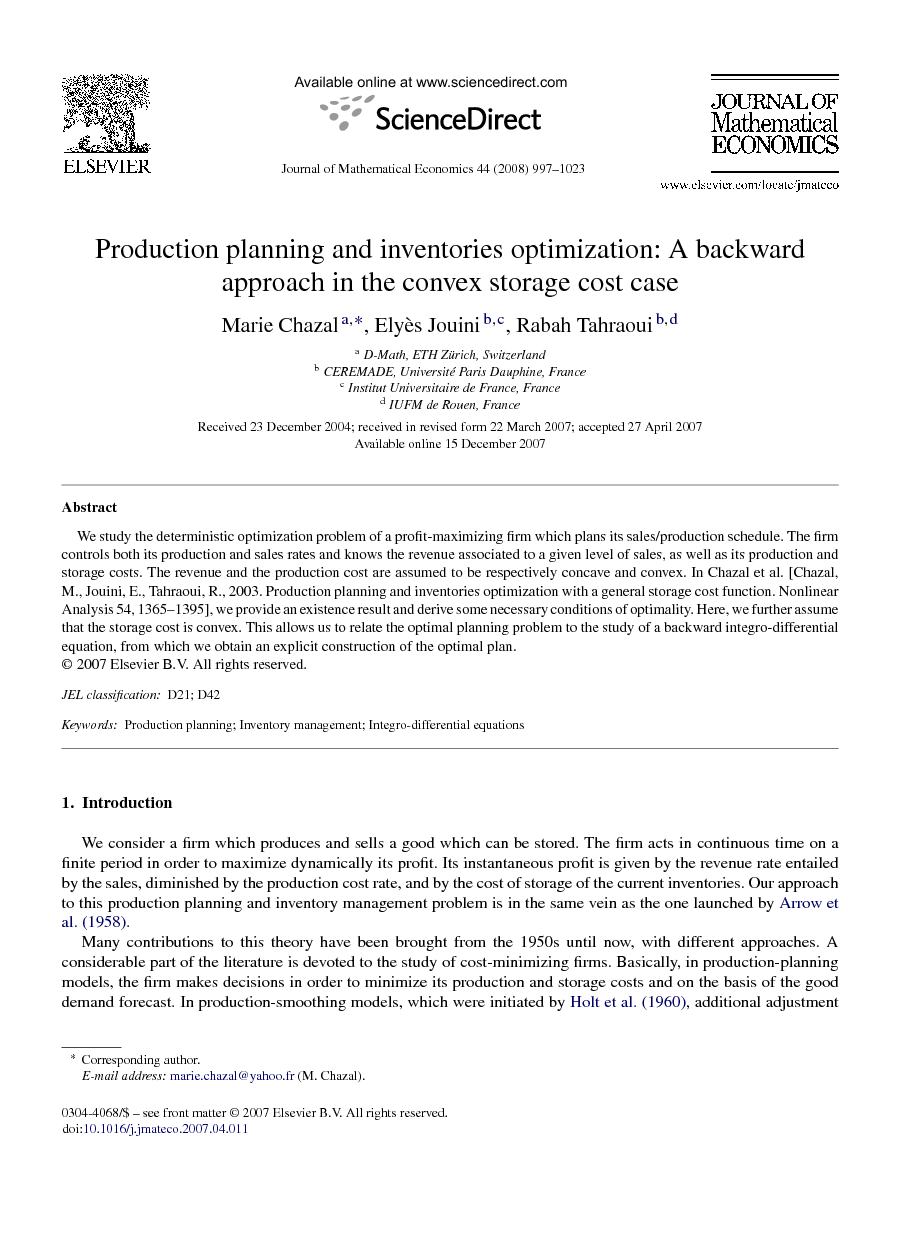 We study the deterministic optimization problem of a profit-maximizing firm which plans its sales/production schedule. The firm controls both its production and sales rates and knows the revenue associated to a given level of sales, as well as its production and storage costs. The revenue and the production cost are assumed to be respectively concave and convex. In Chazal et al. [Chazal, M., Jouini, E., Tahraoui, R., 2003. Production planning and inventories optimization with a general storage cost function. Nonlinear Analysis 54, 1365–1395], we provide an existence result and derive some necessary conditions of optimality. Here, we further assume that the storage cost is convex. This allows us to relate the optimal planning problem to the study of a backward integro-differential equation, from which we obtain an explicit construction of the optimal plan.