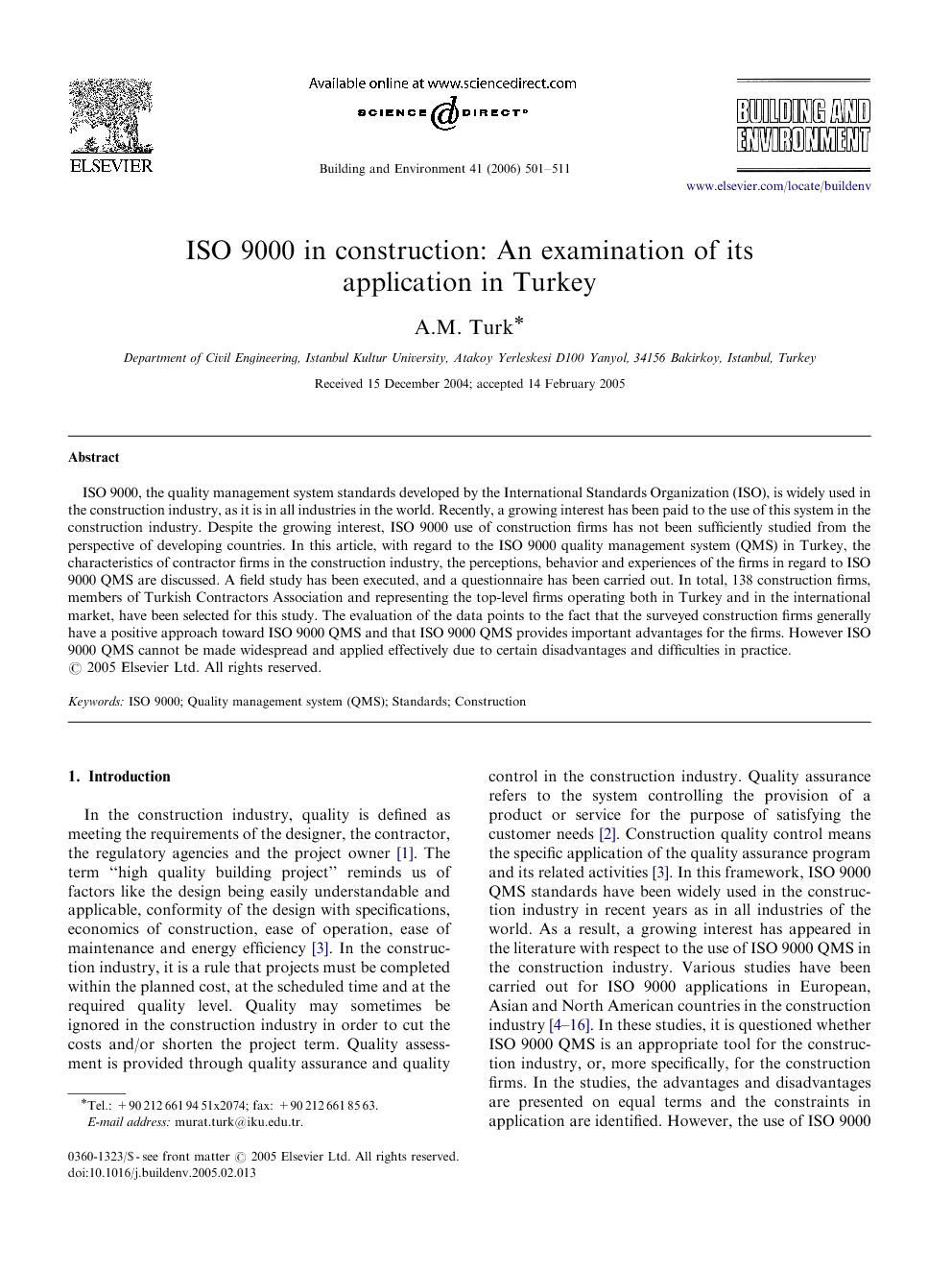 ISO 9000, the quality management system standards developed by the International Standards Organization (ISO), is widely used in the construction industry, as it is in all industries in the world. Recently, a growing interest has been paid to the use of this system in the construction industry. Despite the growing interest, ISO 9000 use of construction firms has not been sufficiently studied from the perspective of developing countries. In this article, with regard to the ISO 9000 quality management system (QMS) in Turkey, the characteristics of contractor firms in the construction industry, the perceptions, behavior and experiences of the firms in regard to ISO 9000 QMS are discussed. A field study has been executed, and a questionnaire has been carried out. In total, 138 construction firms, members of Turkish Contractors Association and representing the top-level firms operating both in Turkey and in the international market, have been selected for this study. The evaluation of the data points to the fact that the surveyed construction firms generally have a positive approach toward ISO 9000 QMS and that ISO 9000 QMS provides important advantages for the firms. However ISO 9000 QMS cannot be made widespread and applied effectively due to certain disadvantages and difficulties in practice.