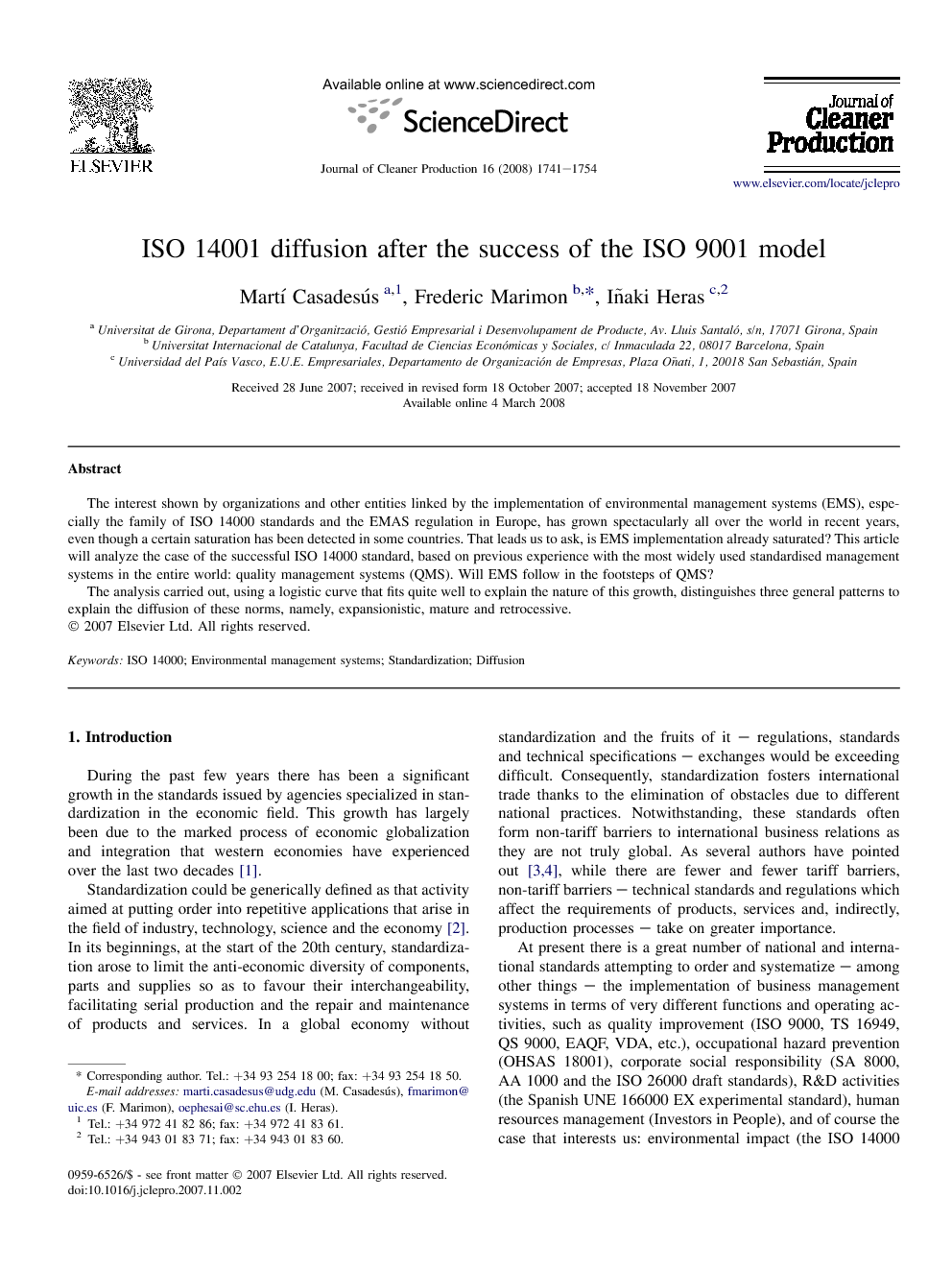 The interest shown by organizations and other entities linked by the implementation of environmental management systems (EMS), especially the family of ISO 14000 standards and the EMAS regulation in Europe, has grown spectacularly all over the world in recent years, even though a certain saturation has been detected in some countries. That leads us to ask, is EMS implementation already saturated? This article will analyze the case of the successful ISO 14000 standard, based on previous experience with the most widely used standardised management systems in the entire world: quality management systems (QMS). Will EMS follow in the footsteps of QMS? The analysis carried out, using a logistic curve that fits quite well to explain the nature of this growth, distinguishes three general patterns to explain the diffusion of these norms, namely, expansionistic, mature and retrocessive.