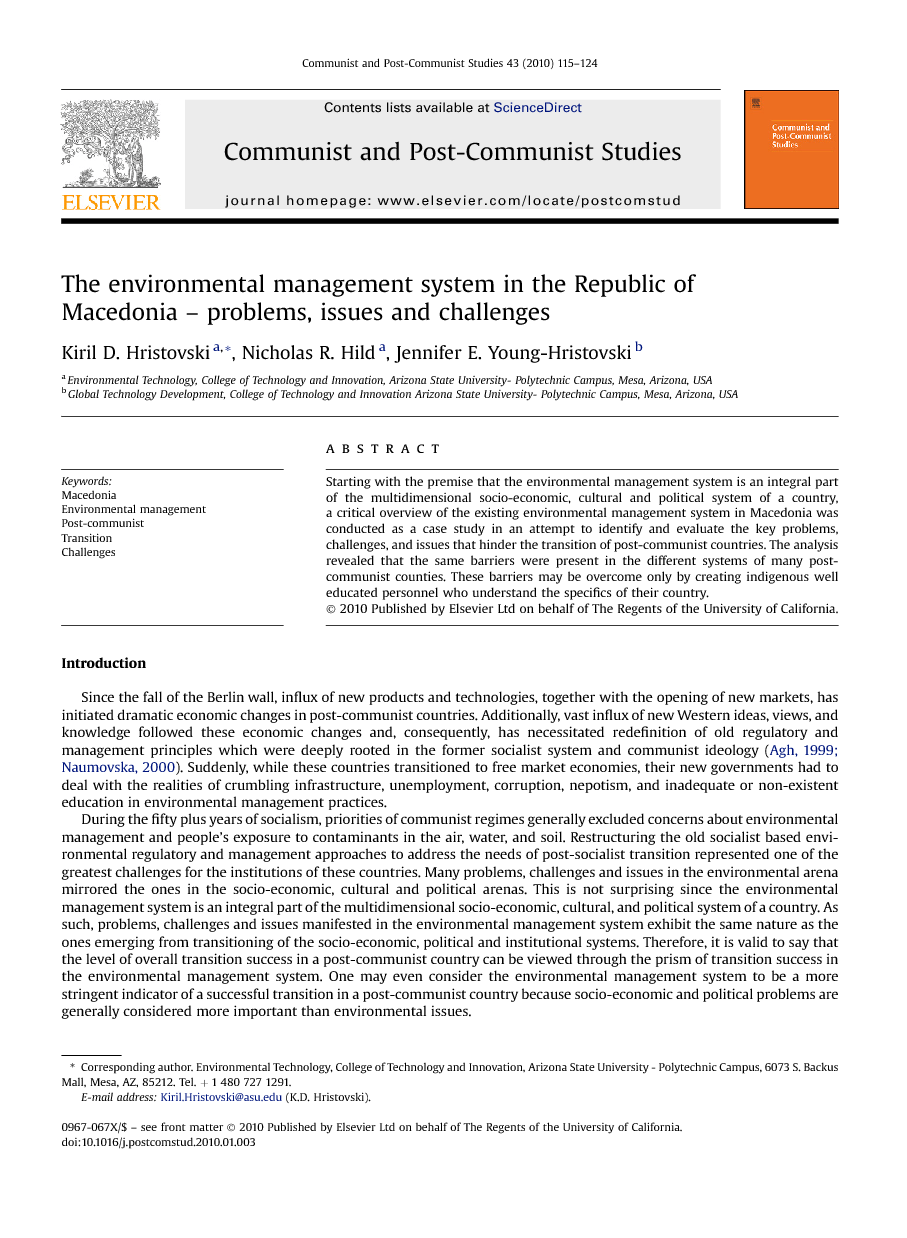 Starting with the premise that the environmental management system is an integral part of the multidimensional socio-economic, cultural and political system of a country, a critical overview of the existing environmental management system in Macedonia was conducted as a case study in an attempt to identify and evaluate the key problems, challenges, and issues that hinder the transition of post-communist countries. The analysis revealed that the same barriers were present in the different systems of many post-communist counties. These barriers may be overcome only by creating indigenous well educated personnel who understand the specifics of their country.

The presented analytical overview of the environmental management system in Macedonia identified the key problems, challenges and issues that act as barriers to successful transition in many transition/post-communist countries. It is evident that government planning and management without proper comprehensive analysis of existing situations and needs further generates some of these barriers. Inadequate management structure, tinted with nepotism, corruption and incompetence, percolates from national to local government levels as a result of absence of educated personnel capable properly to reform both the regulations and the command-and-control functions of the government. These are the same evident barriers present in the different systems of many post-communist counties whether these systems have socio-economic, political, cultural or other prefix. Unfortunately, the leaderships of these countries fail to understand that only indigenous personnel, which are well educated in Western countries and well versed in the socio-economic and cultural specifics of their own countries, could create proper mechanisms for overcoming these transition problems, challenges and issues.