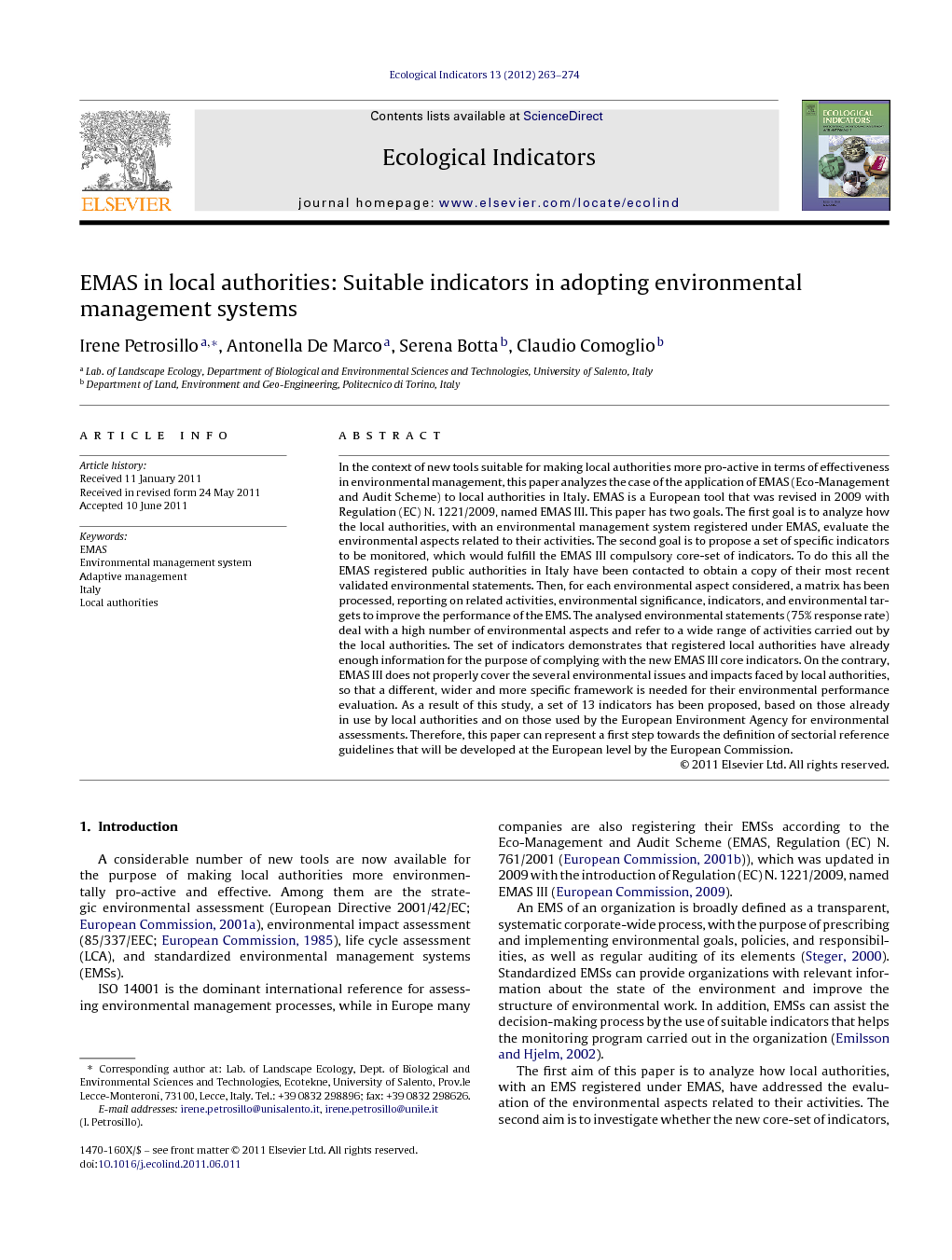 The European Government imposes environmental regulations by setting qualitative or quantitative limits on different environmental issues or by requiring the adoption of specific abatement technologies. Such an approach, called “command-and-control”, has been criticized because it has been demonstrated that it is difficult to manage, inflexible, and cost-ineffective (Arimura et al., 2008). This approach is based on a simplification of environmental issues, which may be successful in the short-term but the negative effects of long-term consequences may often outweigh short-term benefits (Pahl-Wostl, 2007). As already highlighted by Ludwig et al. (1993) in the case of fisheries management, thinking of resources managing humans is more appropriate than the contrary. Therefore, the control of environmental problems is an illusion, while more emphasis is given to the idea of adaptive management (Holling, 1978, Pahl-Wostl, 1995, Pahl-Wostl, 2002 and Lee, 1999). Adaptive management is based on the insight that the ability to predict future key drivers as well as system behaviour and responses are inherently limited. Specifically for this reason, the basic concept behind adaptive management is “learning by doing”, where decision-makers need to learn from the past to avoid future mistakes. Adaptive management seems to have several similarities with the voluntary standards (ISO 14001 and EMAS), based on the continuous improvement of management in terms of environmental performances. These standards, introduced at European level to spread a pro-active environmental approach, do not represent an alternative to environmental prescriptive mandates or economic instruments, i.e., pollution taxes and emissions trading. Rather, they should be seen in an integrated way with environmental regulations, also because, as highlighted by Arimura et al. (2011), the scientific findings about the effectiveness of voluntary action adoption are equivocal. The extension of voluntary procedures to local authorities represents an additional step forward in the field of pro-active management approach. In this context the use of EMS according to EMAS and the identification of environmental performance indicators suitable for local authorities are essential, because they can be of help in managing and quantifying the effects of management choices (Niemeijer and de Groot, 2008).