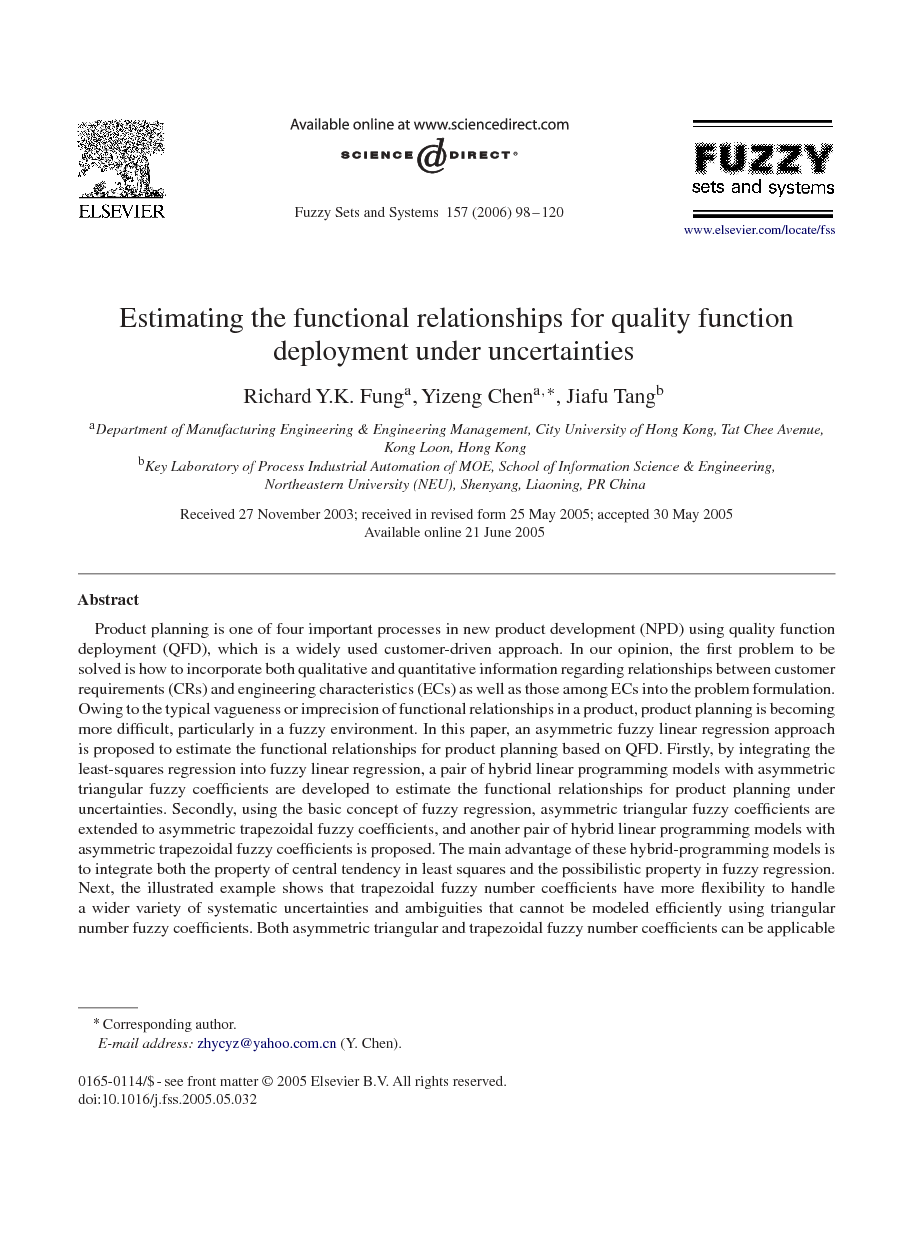 Product planning is one of four important processes in new product development (NPD) using quality function deployment (QFD), which is a widely used customer-driven approach. In our opinion, the first problem to be solved is how to incorporate both qualitative and quantitative information regarding relationships between customer requirements (CRs) and engineering characteristics (ECs) as well as those among ECs into the problem formulation. Owing to the typical vagueness or imprecision of functional relationships in a product, product planning is becoming more difficult, particularly in a fuzzy environment. In this paper, an asymmetric fuzzy linear regression approach is proposed to estimate the functional relationships for product planning based on QFD. Firstly, by integrating the least-squares regression into fuzzy linear regression, a pair of hybrid linear programming models with asymmetric triangular fuzzy coefficients are developed to estimate the functional relationships for product planning under uncertainties. Secondly, using the basic concept of fuzzy regression, asymmetric triangular fuzzy coefficients are extended to asymmetric trapezoidal fuzzy coefficients, and another pair of hybrid linear programming models with asymmetric trapezoidal fuzzy coefficients is proposed. The main advantage of these hybrid-programming models is to integrate both the property of central tendency in least squares and the possibilistic property in fuzzy regression. Next, the illustrated example shows that trapezoidal fuzzy number coefficients have more flexibility to handle a wider variety of systematic uncertainties and ambiguities that cannot be modeled efficiently using triangular number fuzzy coefficients. Both asymmetric triangular and trapezoidal fuzzy number coefficients can be applicable to a much wider variety of design problems where uncertain, qualitative, and fuzzy relationships are involved than when symmetric triangular fuzzy numbers are used. Finally, future research direction is also discussed.