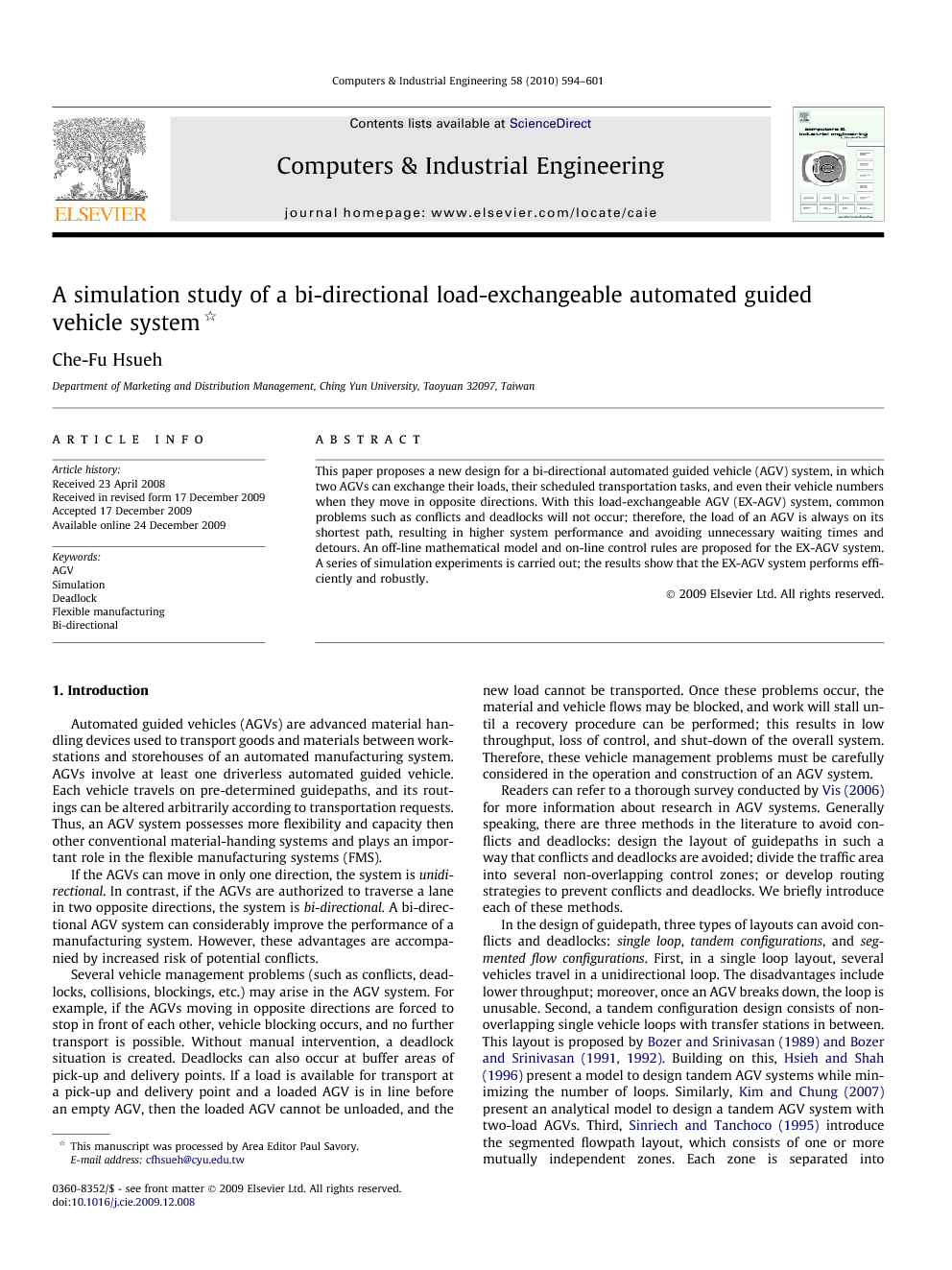 This paper proposes a new design for a bi-directional automated guided vehicle (AGV) system, in which two AGVs can exchange their loads, their scheduled transportation tasks, and even their vehicle numbers when they move in opposite directions. With this load-exchangeable AGV (EX-AGV) system, common problems such as conflicts and deadlocks will not occur; therefore, the load of an AGV is always on its shortest path, resulting in higher system performance and avoiding unnecessary waiting times and detours. An off-line mathematical model and on-line control rules are proposed for the EX-AGV system. A series of simulation experiments is carried out; the results show that the EX-AGV system performs efficiently and robustly.