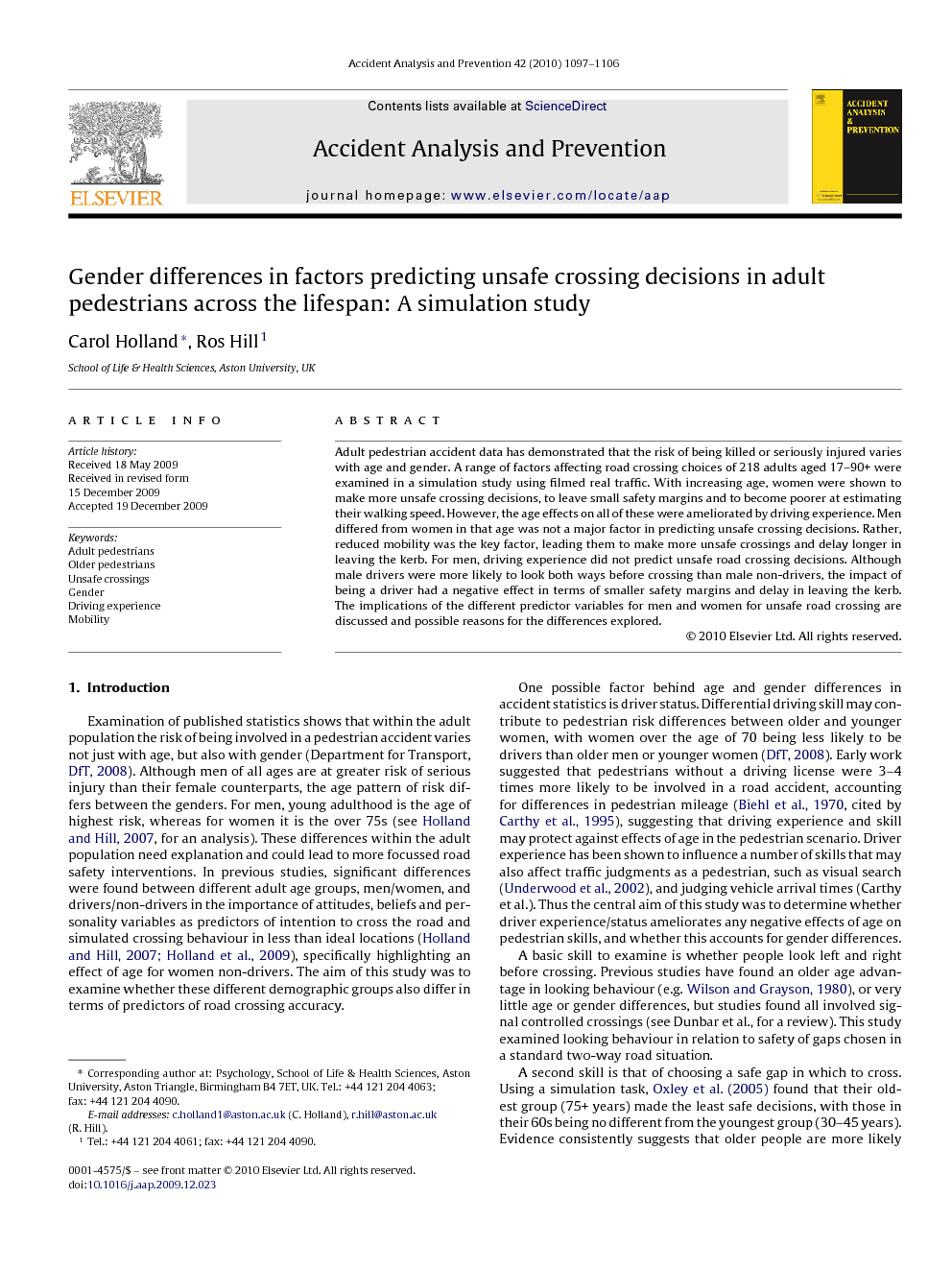 Adult pedestrian accident data has demonstrated that the risk of being killed or seriously injured varies with age and gender. A range of factors affecting road crossing choices of 218 adults aged 17–90+ were examined in a simulation study using filmed real traffic. With increasing age, women were shown to make more unsafe crossing decisions, to leave small safety margins and to become poorer at estimating their walking speed. However, the age effects on all of these were ameliorated by driving experience. Men differed from women in that age was not a major factor in predicting unsafe crossing decisions. Rather, reduced mobility was the key factor, leading them to make more unsafe crossings and delay longer in leaving the kerb. For men, driving experience did not predict unsafe road crossing decisions. Although male drivers were more likely to look both ways before crossing than male non-drivers, the impact of being a driver had a negative effect in terms of smaller safety margins and delay in leaving the kerb. The implications of the different predictor variables for men and women for unsafe road crossing are discussed and possible reasons for the differences explored.