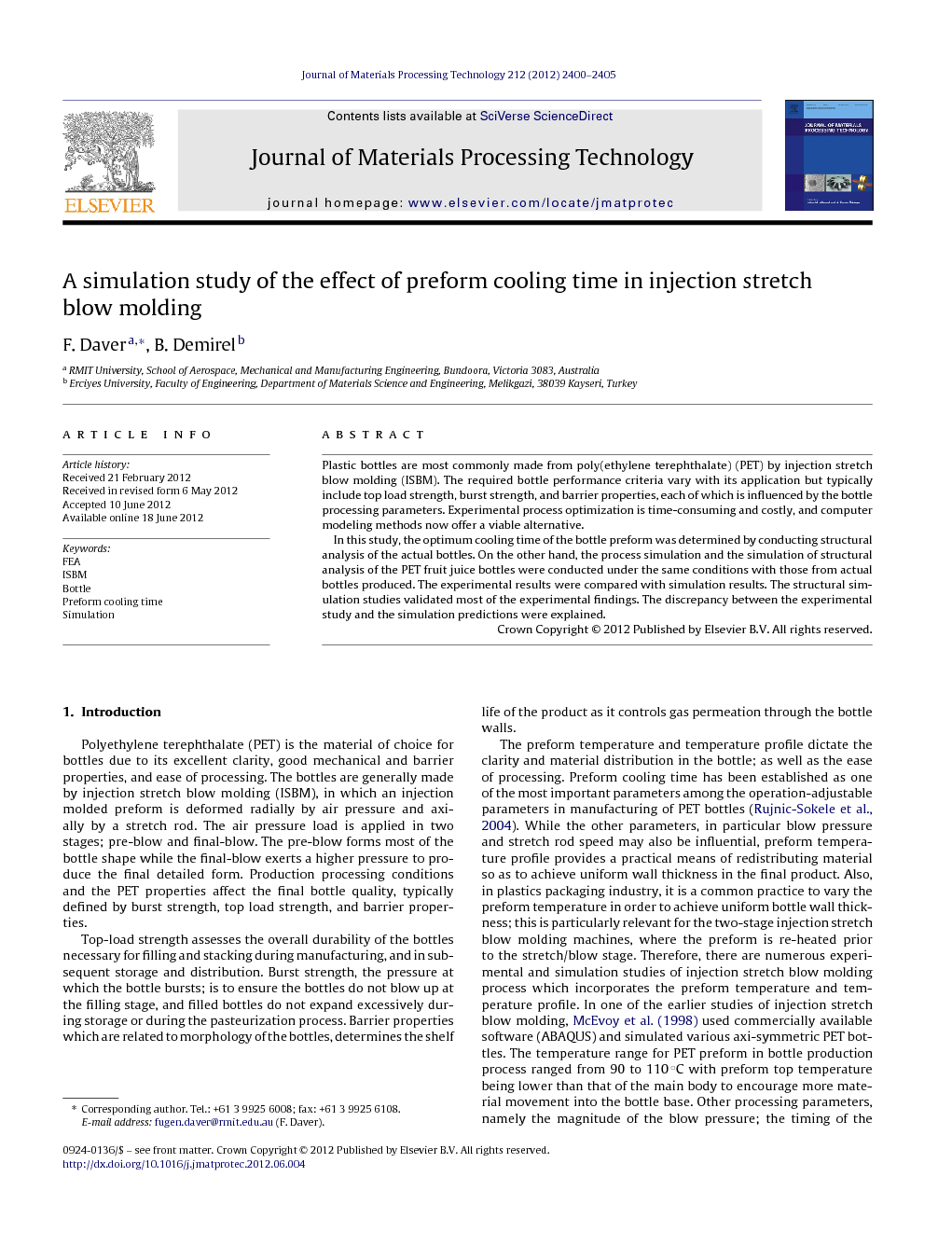 Plastic bottles are most commonly made from poly(ethylene terephthalate) (PET) by injection stretch blow molding (ISBM). The required bottle performance criteria vary with its application but typically include top load strength, burst strength, and barrier properties, each of which is influenced by the bottle processing parameters. Experimental process optimization is time-consuming and costly, and computer modeling methods now offer a viable alternative. In this study, the optimum cooling time of the bottle preform was determined by conducting structural analysis of the actual bottles. On the other hand, the process simulation and the simulation of structural analysis of the PET fruit juice bottles were conducted under the same conditions with those from actual bottles produced. The experimental results were compared with simulation results. The structural simulation studies validated most of the experimental findings. The discrepancy between the experimental study and the simulation predictions were explained.

In this study, a total of five preform temperatures were examined, corresponding to five different preform cooling times; all other process parameters were held constant. Simulation with Blowview Software was used to obtain the thickness profiles of the bottles which were than used to carry out top-load and burst pressure resistance tests via ANSYS Software. According to the experimental results, 350 ml PET fruit juice bottle produced at a preform cooling time of 3.5 s, resulted in high burst strength and high top-load strength. While, the top-load simulation of the bottles was not in accordance with the experimental results, the burst resistance simulation of the bottles was verified by the experimental burst strength results. The discrepancy between the experimental and the simulation results may very well be due to the fact that the simulated bottle thickness profile deviates from the actual data considerably. This subsequently affects of the crystallinity and orientation of the molecules within the bottle walls. On the other hand, ANSYS analysis indicates that the different deformation mechanisms may be operating under the burst strength and top-load strength evaluation of the bottles; this may also require further investigation in determining the effect of cooling time on the final properties of the bottles