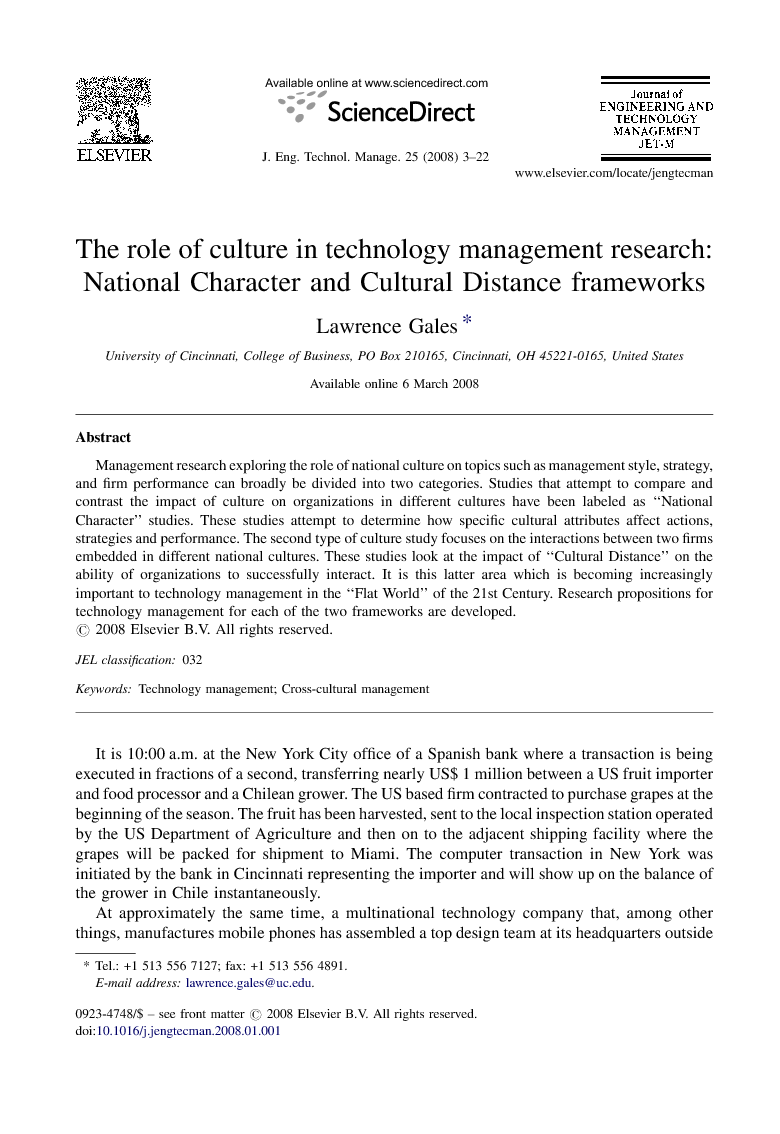 Management research exploring the role of national culture on topics such as management style, strategy, and firm performance can broadly be divided into two categories. Studies that attempt to compare and contrast the impact of culture on organizations in different cultures have been labeled as “National Character” studies. These studies attempt to determine how specific cultural attributes affect actions, strategies and performance. The second type of culture study focuses on the interactions between two firms embedded in different national cultures. These studies look at the impact of “Cultural Distance” on the ability of organizations to successfully interact. It is this latter area which is becoming increasingly important to technology management in the “Flat World” of the 21st Century. Research propositions for technology management for each of the two frameworks are developed.