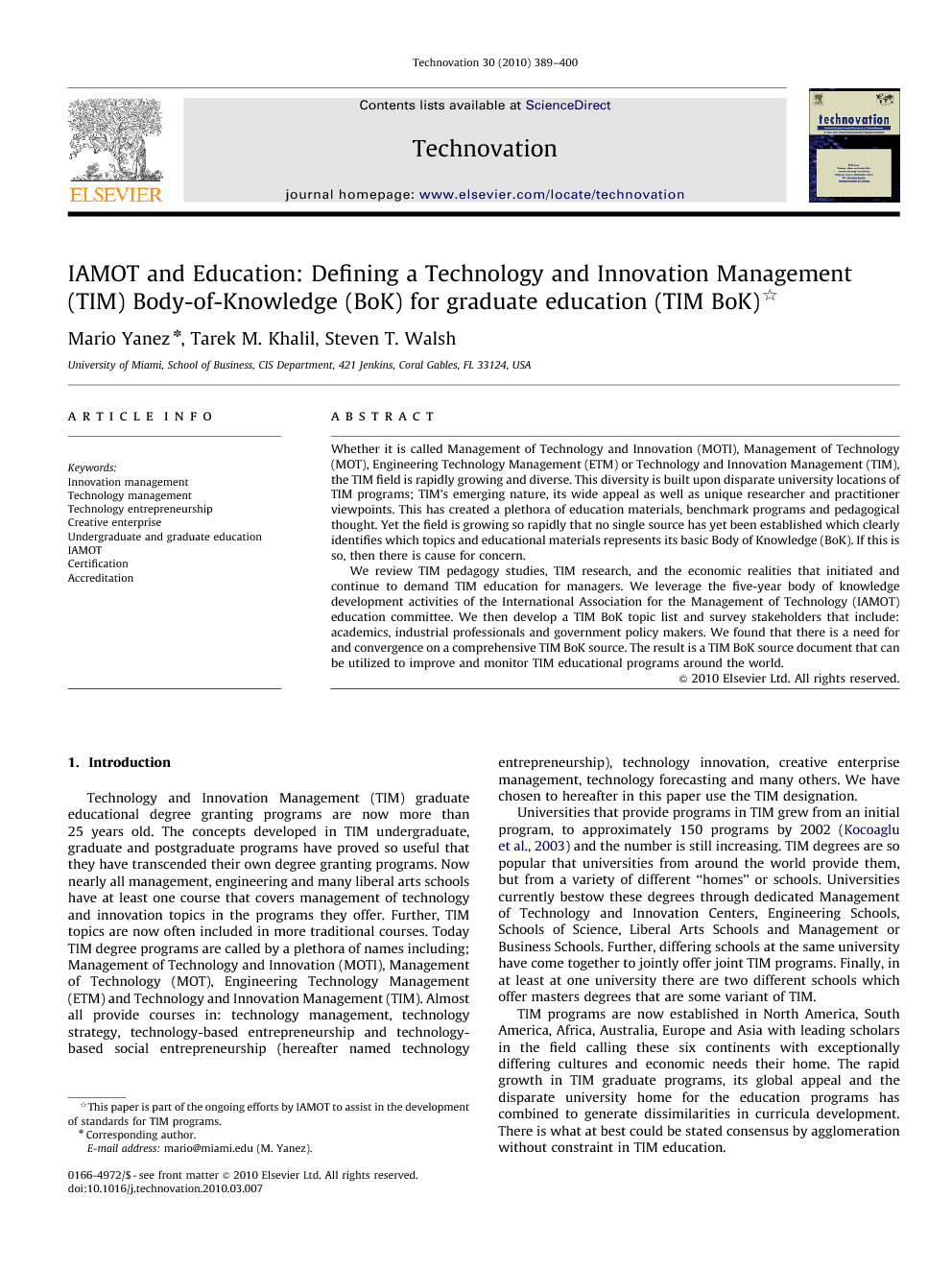 Whether it is called Management of Technology and Innovation (MOTI), Management of Technology (MOT), Engineering Technology Management (ETM) or Technology and Innovation Management (TIM), the TIM field is rapidly growing and diverse. This diversity is built upon disparate university locations of TIM programs; TIM’s emerging nature, its wide appeal as well as unique researcher and practitioner viewpoints. This has created a plethora of education materials, benchmark programs and pedagogical thought. Yet the field is growing so rapidly that no single source has yet been established which clearly identifies which topics and educational materials represents its basic Body of Knowledge (BoK). If this is so, then there is cause for concern. We review TIM pedagogy studies, TIM research, and the economic realities that initiated and continue to demand TIM education for managers. We leverage the five-year body of knowledge development activities of the International Association for the Management of Technology (IAMOT) education committee. We then develop a TIM BoK topic list and survey stakeholders that include: academics, industrial professionals and government policy makers. We found that there is a need for and convergence on a comprehensive TIM BoK source. The result is a TIM BoK source document that can be utilized to improve and monitor TIM educational programs around the world.

TIM stakeholders’ opinions have been obtained in two separate surveys. The input from these surveys and our research has generated a template for TIM graduate programs into a more comprehensive TIM Body-of-Knowledge Framework. The new framework establishes the knowledge areas deemed necessary for TIM education and the disciplines included in each knowledge group ranked by order of importance. The TIM BoK Framework presented here can be used as a basis for designing new graduate curricula in TIM as well as for the evaluation and possible certification/accreditation of existing TIM programs. The results further point out some important differences between TIM stakeholders’ perceived level of importance to TIM graduate education. These differences are a strong reflection that the TIM community considers TIM to be of critical importance from the strategic point of view.