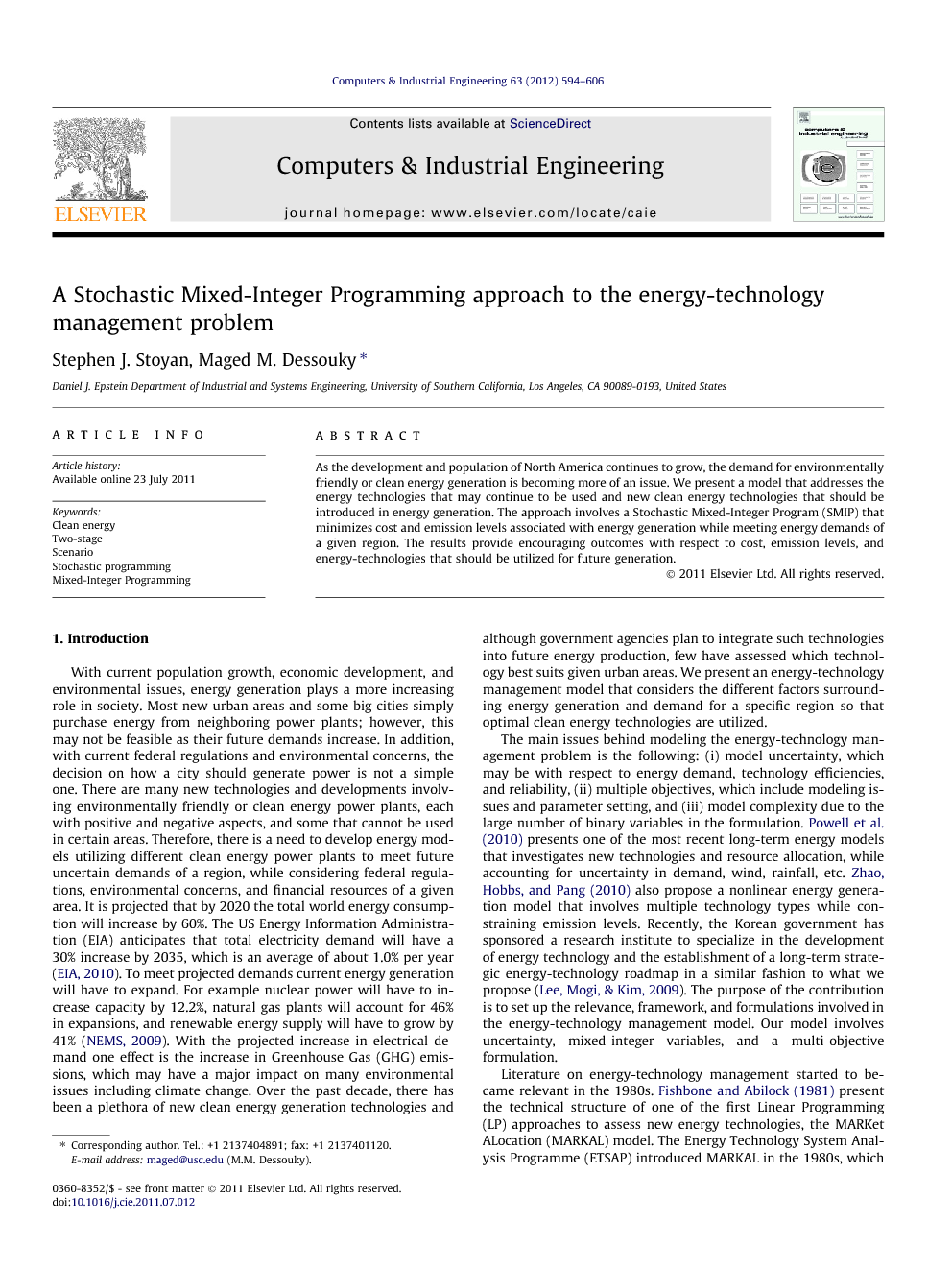 We provided a unique problem in the energy sector known as the energy-technology management problem. The model and results give value to the problem and validate future investigations. In Section 3, it is evident that planning involved with energy production can have great gains with respect to costs, emissions and energy generation. We have developed the framework and modeling approach to effectively do so. In addition, these results are obtained by a model that sets the fundamentals for future research, and warrants further investigation. For example, introducing more variables to the problem such as increasing the number of scenarios will have a strong effect on the final solution; however, an algorithm will have to be derived to generate solutions as commercial solvers such as CPLEX will no longer be able to solve the problem to optimality. As is evident by the results, taking three scenarios in the model gives a greater advantage than the single scenario case. In the 1998–2008 single scenario results, energy demands would have been missed in almost 50% of the test cases. However, in the three scenario model the user would probably have switched to scenario 2, which has a slightly higher cost but all energy demands are met. Scenario 2 did have the poorest emission results of the three and when the multi-objective model was used all three scenarios performed well. Additional future research directions may include the possibility of allowing micro-level energy level production such as households equipped with solar panels to sell electric or heat power they produce. Also, adding additional discount factors to the problem and the possibility for public financial investments may be considered. In conclusion, we have presented a modeling approach for the energy-technology management problem. The results validate future investigations in this area, where an algorithm may be necessary to approach problem complexities.