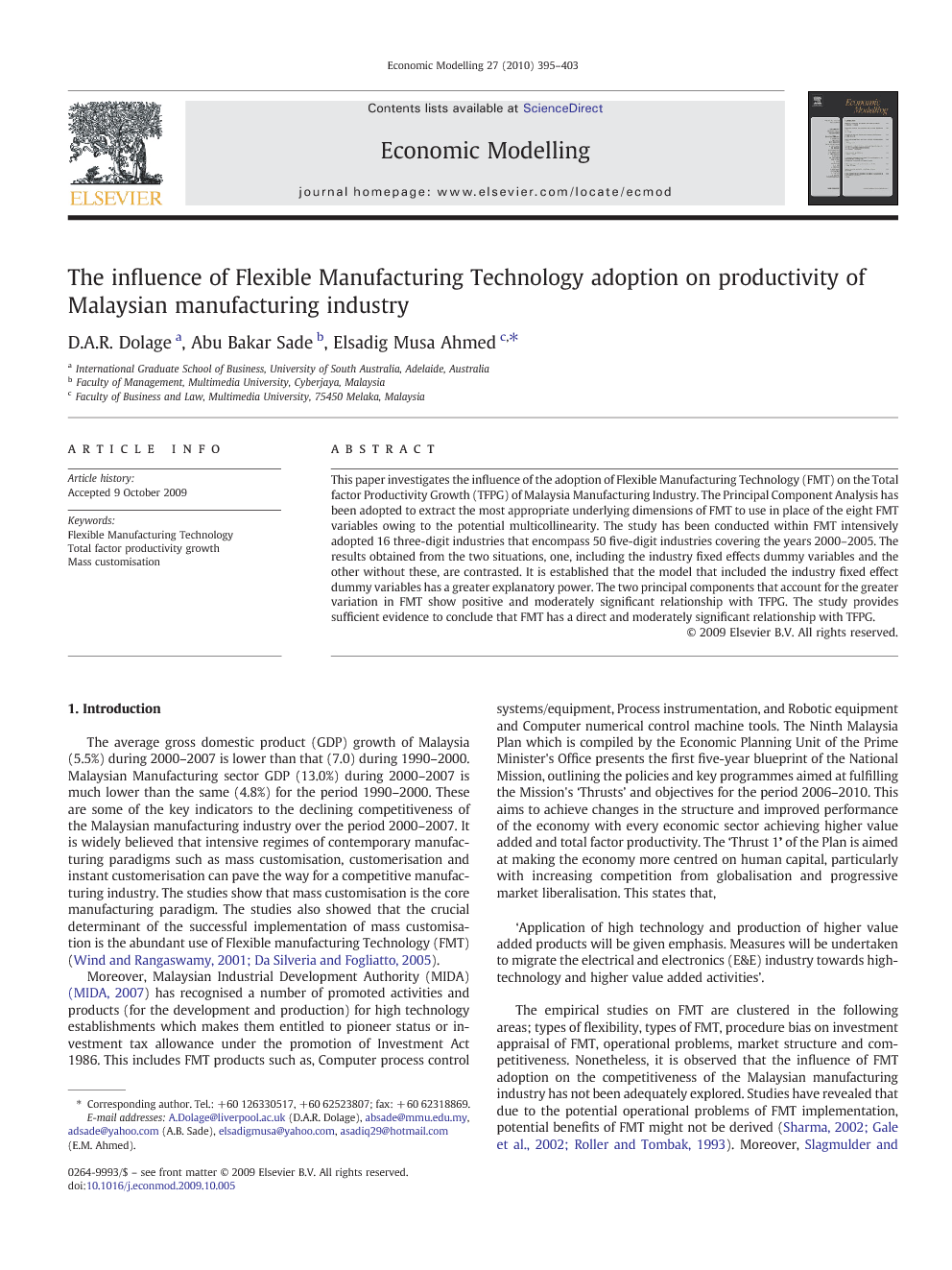 This paper investigates the influence of the adoption of Flexible Manufacturing Technology (FMT) on the Total factor Productivity Growth (TFPG) of Malaysia Manufacturing Industry. The Principal Component Analysis has been adopted to extract the most appropriate underlying dimensions of FMT to use in place of the eight FMT variables owing to the potential multicollinearity. The study has been conducted within FMT intensively adopted 16 three-digit industries that encompass 50 five-digit industries covering the years 2000–2005. The results obtained from the two situations, one, including the industry fixed effects dummy variables and the other without these, are contrasted. It is established that the model that included the industry fixed effect dummy variables has a greater explanatory power. The two principal components that account for the greater variation in FMT show positive and moderately significant relationship with TFPG. The study provides sufficient evidence to conclude that FMT has a direct and moderately significant relationship with TFPG.