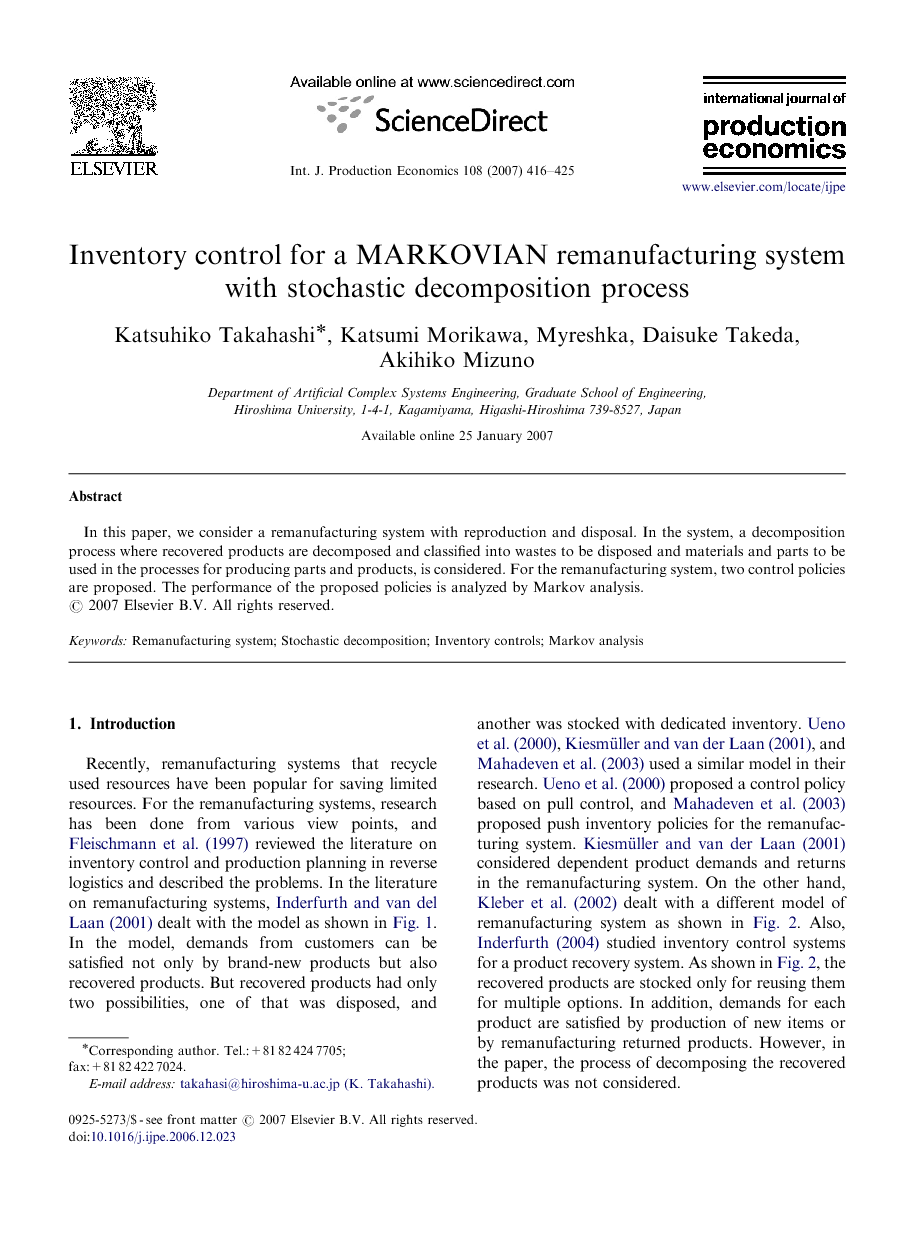 In this paper, we consider a remanufacturing system with reproduction and disposal. In the system, a decomposition process where recovered products are decomposed and classified into wastes to be disposed and materials and parts to be used in the processes for producing parts and products, is considered. For the remanufacturing system, two control policies are proposed. The performance of the proposed policies is analyzed by Markov analysis.

In this paper, we considered the remanufacturing system which controls stocks by three production processes: producing products, producing parts, and decomposing recovered products. For the remanufacturing systems, two control policies were proposed, and the performance of the proposed policies was analyzed by Markov analysis. Although it is based on numerical calculations without proof, the analysis clarified the effects of rates and cost parameters upon the performance of the proposed policies. Especially in policy 2, the number of produced parts and the number of disposed parts are reduced due to the introduced threshold δ. As a result, the expected total cost in policy 2 becomes much less than that in policy 1 although in some cases the differences are not so big. In this paper, the setup of production was not considered. In policy 2, the number of stocked parts is suppressed much less than that in policy 1 by the introduced threshold δ, and this may lead to an increase in the number of stops and starts of parts production, and the number of setups. Considering the setup in evaluating control policies and proposing control policies that suppress the number of setups can be suggested as future research work.