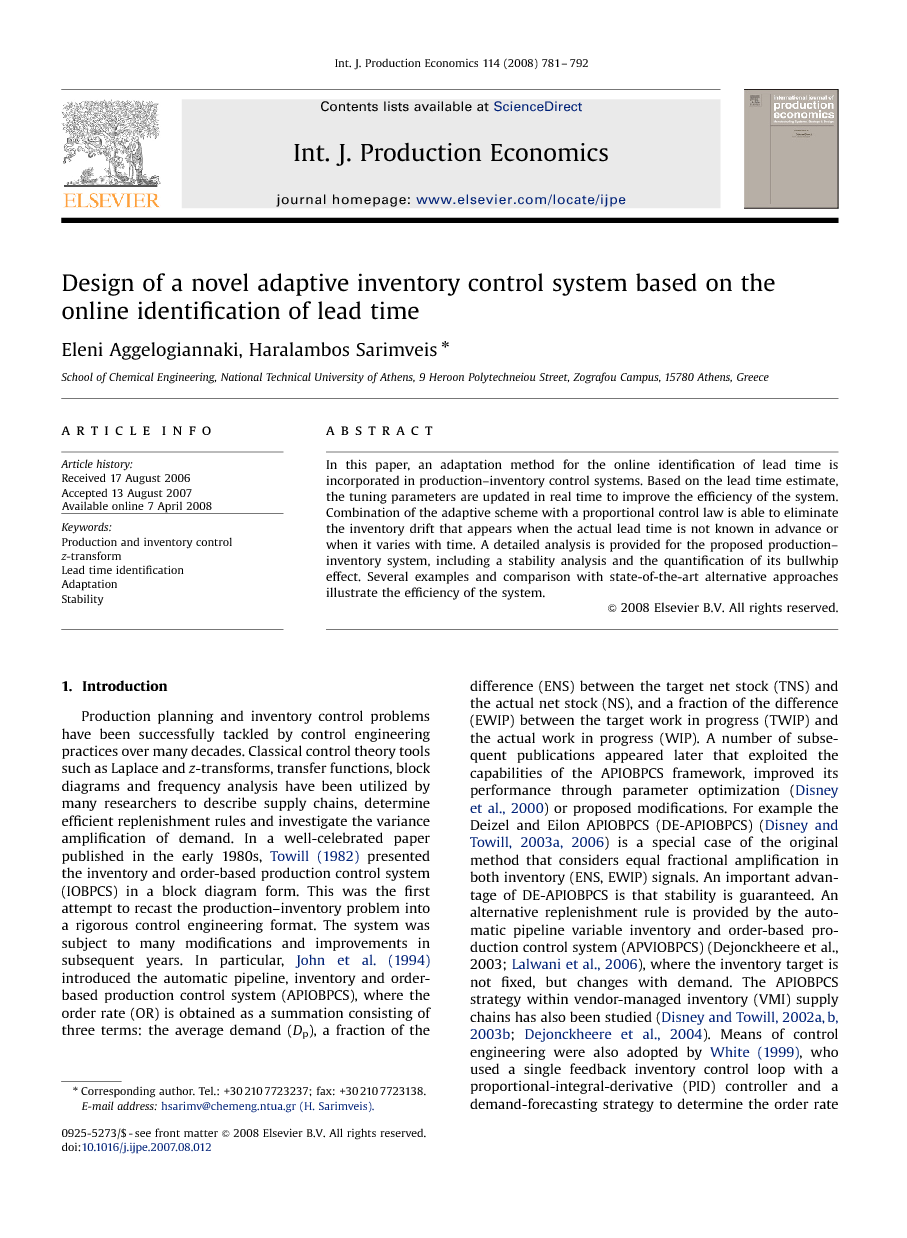 In this paper, an adaptation method for the online identification of lead time is incorporated in production–inventory control systems. Based on the lead time estimate, the tuning parameters are updated in real time to improve the efficiency of the system. Combination of the adaptive scheme with a proportional control law is able to eliminate the inventory drift that appears when the actual lead time is not known in advance or when it varies with time. A detailed analysis is provided for the proposed production–inventory system, including a stability analysis and the quantification of its bullwhip effect. Several examples and comparison with state-of-the-art alternative approaches illustrate the efficiency of the system.

In this paper, the advantages of introducing adaptation capabilities in production planning and inventory control configurations are examined. The identification of process lead time and the adaptation of control system parameters are proved beneficial when the actual lead time is not known with accuracy. It was shown theoretically and verified by simulations that under a proportional control law, the adaptation mechanism is adequate to eliminate inventory drifts even in cases of online changes of lead time, by simply updating the controller parameters. The key advantage of the proposed adaptive scheme is that the actual lead time is identified with accuracy. This in turn leads to the easy and efficient tuning of the controller parameters based on classical stability conditions, and consequently, improves the dynamic responses.