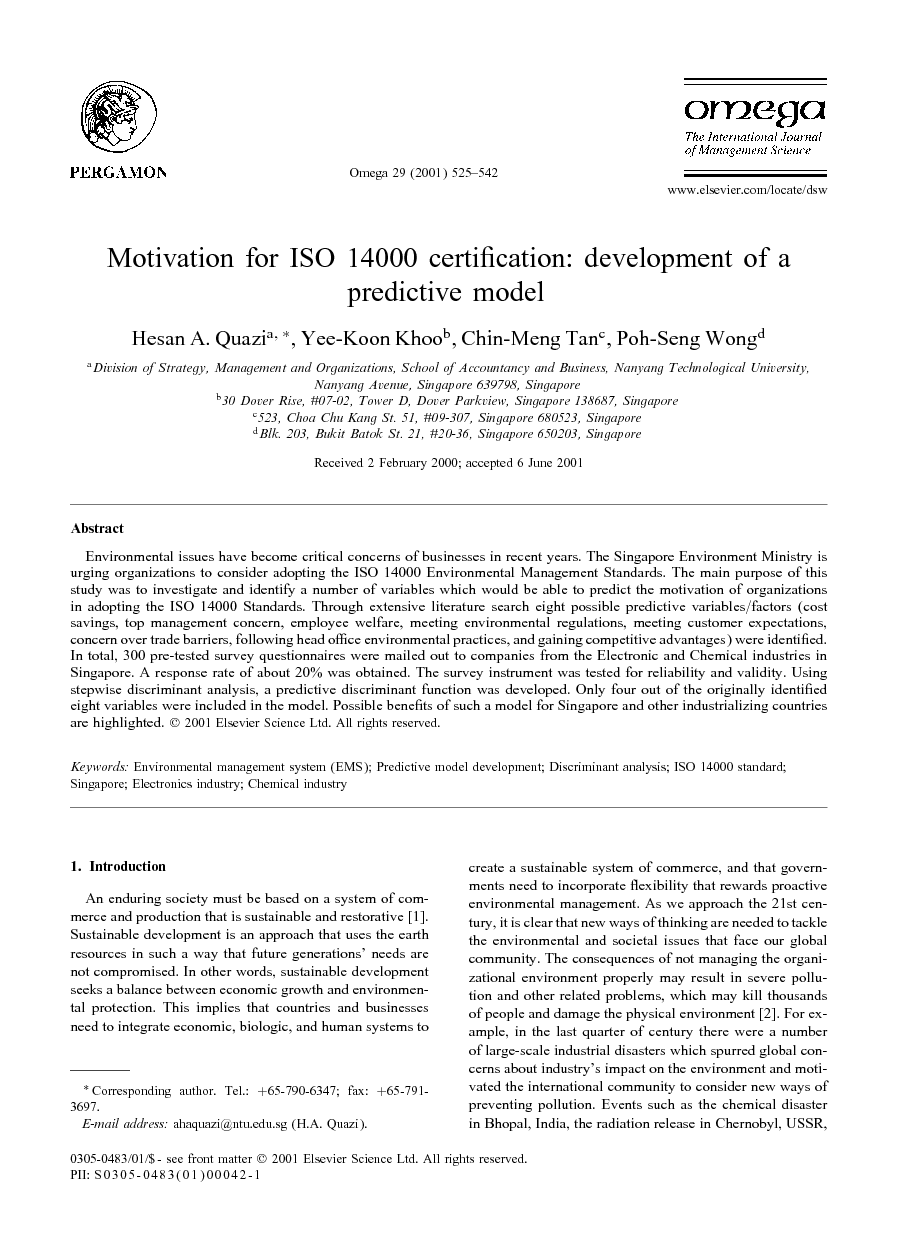 Environmental issues have become critical concerns of businesses in recent years. The Singapore Environment Ministry is urging organizations to consider adopting the ISO 14000 Environmental Management Standards. The main purpose of this study was to investigate and identify a number of variables which would be able to predict the motivation of organizations in adopting the ISO 14000 Standards. Through extensive literature search eight possible predictive variables/factors (cost savings, top management concern, employee welfare, meeting environmental regulations, meeting customer expectations, concern over trade barriers, following head office environmental practices, and gaining competitive advantages) were identified. In total, 300 pre-tested survey questionnaires were mailed out to companies from the Electronic and Chemical industries in Singapore. A response rate of about 20% was obtained. The survey instrument was tested for reliability and validity. Using stepwise discriminant analysis, a predictive discriminant function was developed. Only four out of the originally identified eight variables were included in the model. Possible benefits of such a model for Singapore and other industrializing countries are highlighted.