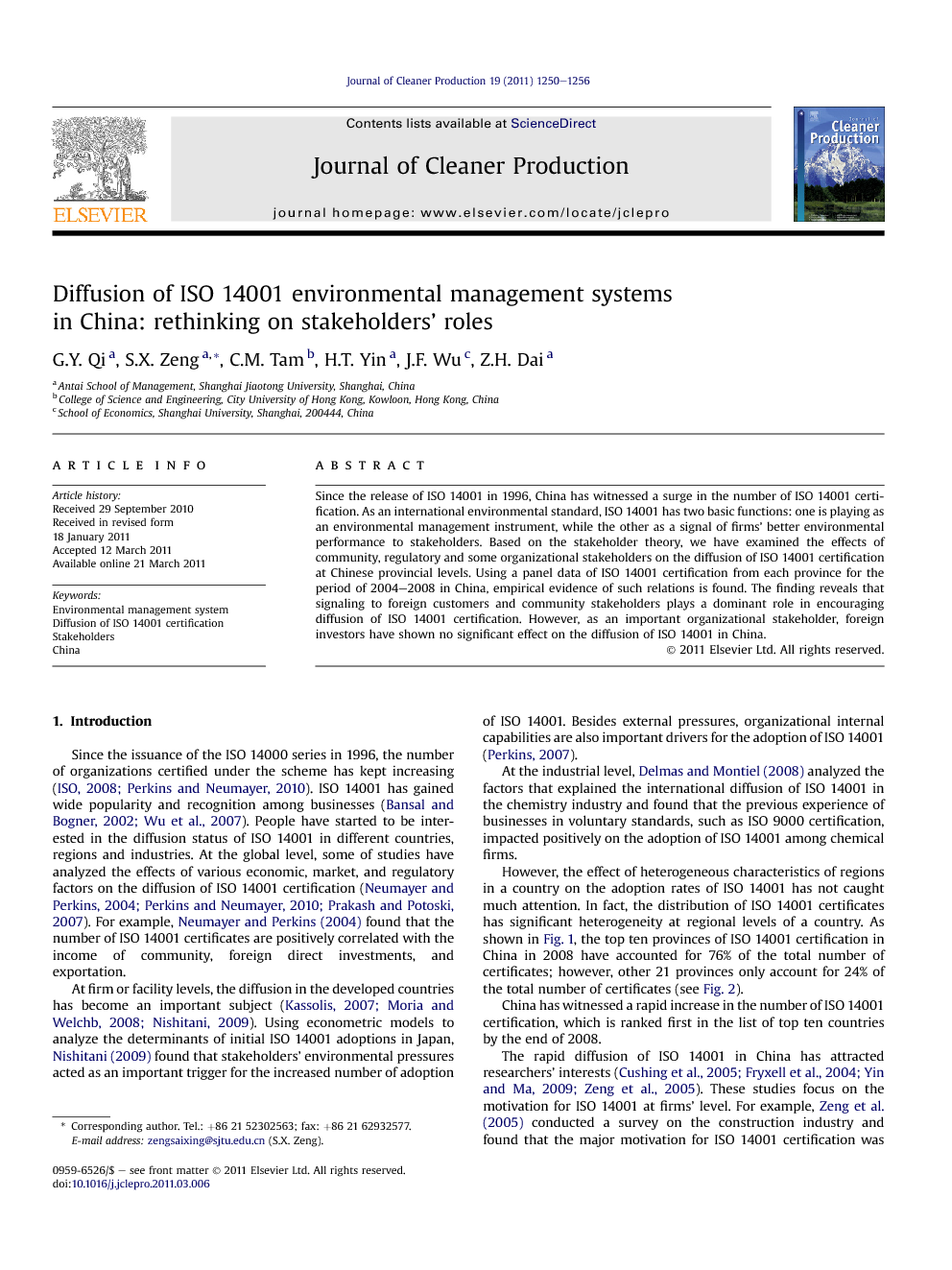 In this paper, we have examined the heterogeneous effect of stakeholders on the diffusion of ISO 14001. Empirical results show that firms respond to pressures from foreign customers, which plays a dominant role in encouraging ISO 14001 diffusion in China. But pressures from community stakeholders and regulatory stakeholders have not achieved the expected effect. These results support the view that ISO 14001 is used as a device to signal performance to environmental stakeholders. This also echoes the emerging research that firms can learn by exporting (Salomon and Jin, 2010). Firms can benefit from exporting by exposure in the foreign markets. As a response to foreign customers’ demand, certified ISO 14001 provide an instrument to improve firms’ environmental performance, as well as a device to signal their higher environmental performance to their customers. In the opposite, although certified EMS can signal firms’ higher environmental performance to the government and community, with the increasing pressures from regulations, the signaling role of ISO 14001 is descending. There is also no significant evidence that foreign investors have a proactive effect on the 14001 diffusion in China. Although, investors have high power on firms’ proactive environmental strategy and can directly influence organizational environmental strategies (Frooman, 1999, Kostova and Zaheer, 1999 and Sharma and Henriques, 2005), the empirical results are opposite to our hypothesis that FDI has a proactive influence on the diffusion of ISO 14001 in China. Although there is increasing number of literature examining the relationship between FDI and environmental performance of local firms, the empirical results have not achieved the expected results.