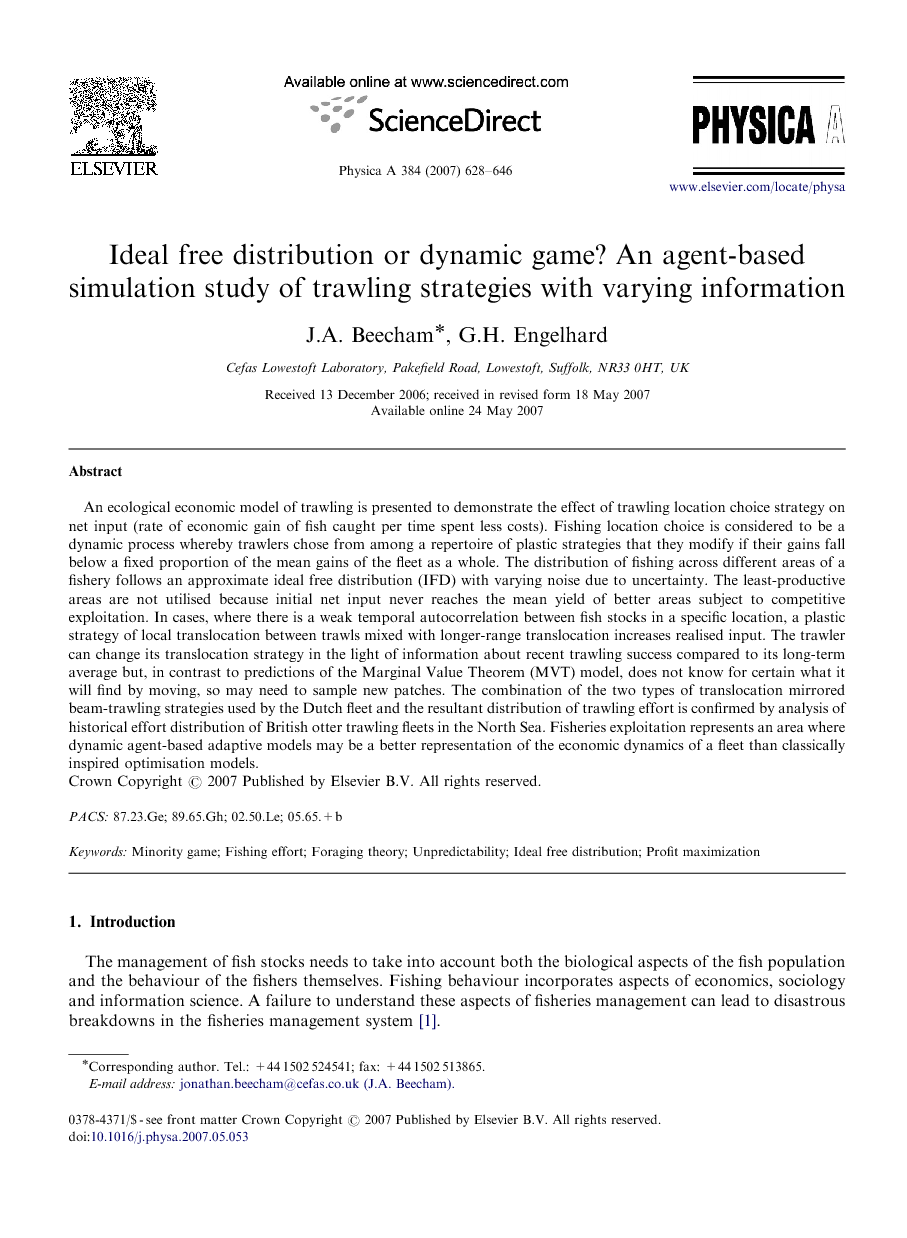 An ecological economic model of trawling is presented to demonstrate the effect of trawling location choice strategy on net input (rate of economic gain of fish caught per time spent less costs). Fishing location choice is considered to be a dynamic process whereby trawlers chose from among a repertoire of plastic strategies that they modify if their gains fall below a fixed proportion of the mean gains of the fleet as a whole. The distribution of fishing across different areas of a fishery follows an approximate ideal free distribution (IFD) with varying noise due to uncertainty. The least-productive areas are not utilised because initial net input never reaches the mean yield of better areas subject to competitive exploitation. In cases, where there is a weak temporal autocorrelation between fish stocks in a specific location, a plastic strategy of local translocation between trawls mixed with longer-range translocation increases realised input. The trawler can change its translocation strategy in the light of information about recent trawling success compared to its long-term average but, in contrast to predictions of the Marginal Value Theorem (MVT) model, does not know for certain what it will find by moving, so may need to sample new patches. The combination of the two types of translocation mirrored beam-trawling strategies used by the Dutch fleet and the resultant distribution of trawling effort is confirmed by analysis of historical effort distribution of British otter trawling fleets in the North Sea. Fisheries exploitation represents an area where dynamic agent-based adaptive models may be a better representation of the economic dynamics of a fleet than classically inspired optimisation models.