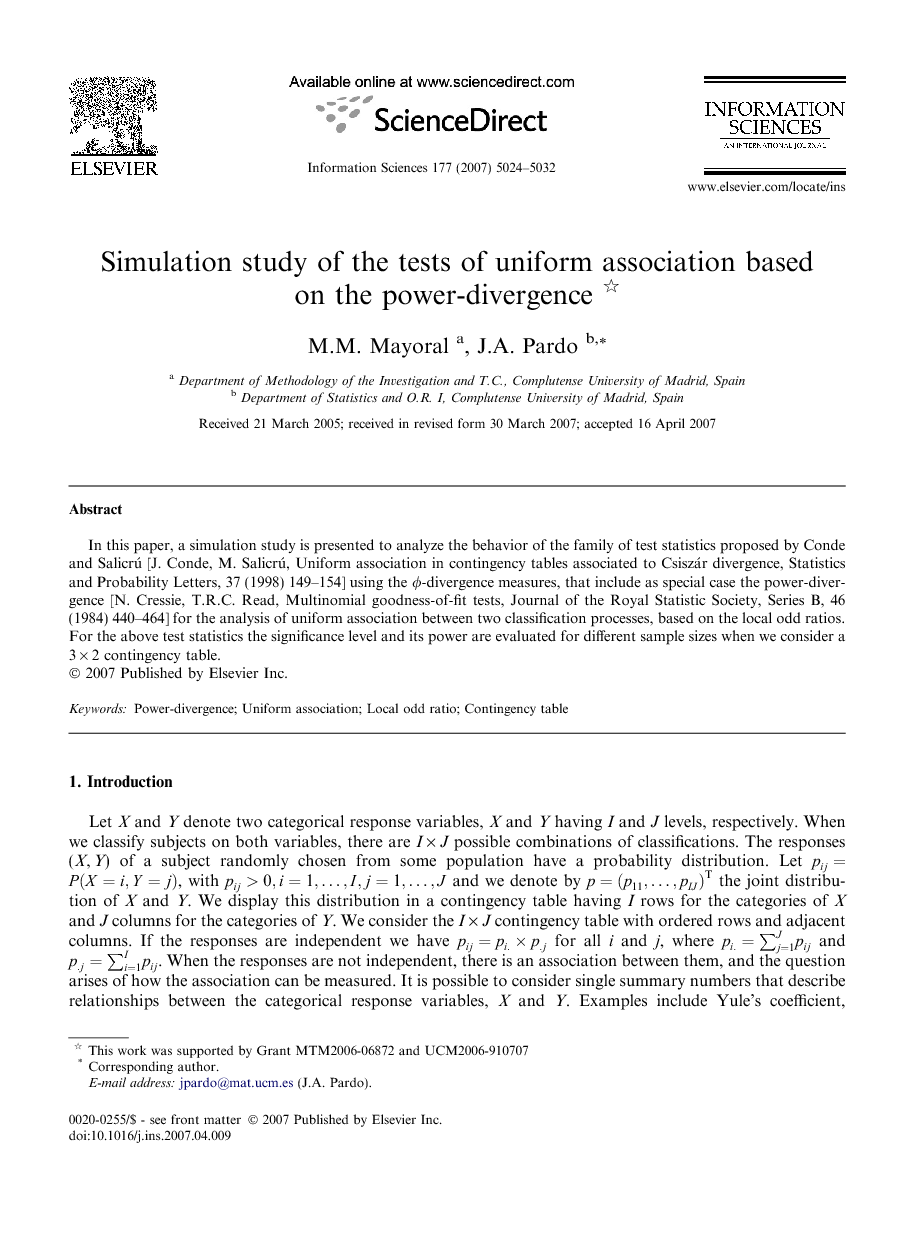 In this paper, a simulation study is presented to analyze the behavior of the family of test statistics proposed by Conde and Salicrú [J. Conde, M. Salicrú, Uniform association in contingency tables associated to Csiszár divergence, Statistics and Probability Letters, 37 (1998) 149–154] using the ϕ-divergence measures, that include as special case the power-divergence [N. Cressie, T.R.C. Read, Multinomial goodness-of-fit tests, Journal of the Royal Statistic Society, Series B, 46 (1984) 440–464] for the analysis of uniform association between two classification processes, based on the local odd ratios. For the above test statistics the significance level and its power are evaluated for different sample sizes when we consider a 3 × 2 contingency table.

In this paper, the power-divergence family of statistics is considered for the problem of uniform association in a two way contingency table. It is obtained, by means of a wide study of simulation, that in this family of test statistics there are some elements that present a good behavior. In fact, in this study it emerges the test statistic associated with λ=2/3 which presents an attractive alternative to the likelihood ratio test. The test statistic associated with λ=2/3 has appeared in other contexts as a good alternative to the classical test statistics. See for instance [13], [4] and [5] and references therein.