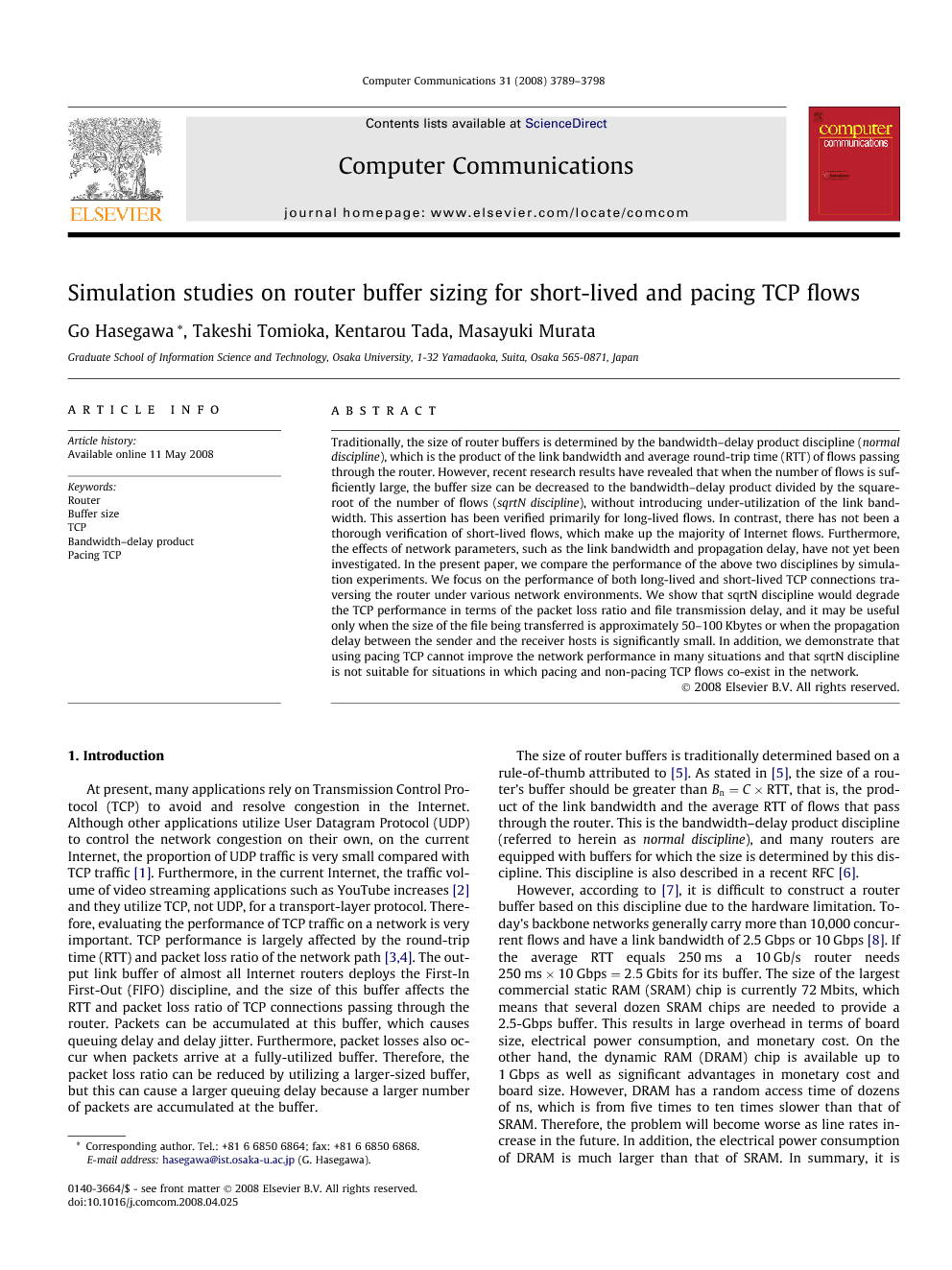 Traditionally, the size of router buffers is determined by the bandwidth–delay product discipline (normal discipline), which is the product of the link bandwidth and average round-trip time (RTT) of flows passing through the router. However, recent research results have revealed that when the number of flows is sufficiently large, the buffer size can be decreased to the bandwidth–delay product divided by the square-root of the number of flows (sqrtN discipline), without introducing under-utilization of the link bandwidth. This assertion has been verified primarily for long-lived flows. In contrast, there has not been a thorough verification of short-lived flows, which make up the majority of Internet flows. Furthermore, the effects of network parameters, such as the link bandwidth and propagation delay, have not yet been investigated. In the present paper, we compare the performance of the above two disciplines by simulation experiments. We focus on the performance of both long-lived and short-lived TCP connections traversing the router under various network environments. We show that sqrtN discipline would degrade the TCP performance in terms of the packet loss ratio and file transmission delay, and it may be useful only when the size of the file being transferred is approximately 50–100 Kbytes or when the propagation delay between the sender and the receiver hosts is significantly small. In addition, we demonstrate that using pacing TCP cannot improve the network performance in many situations and that sqrtN discipline is not suitable for situations in which pacing and non-pacing TCP flows co-exist in the network.