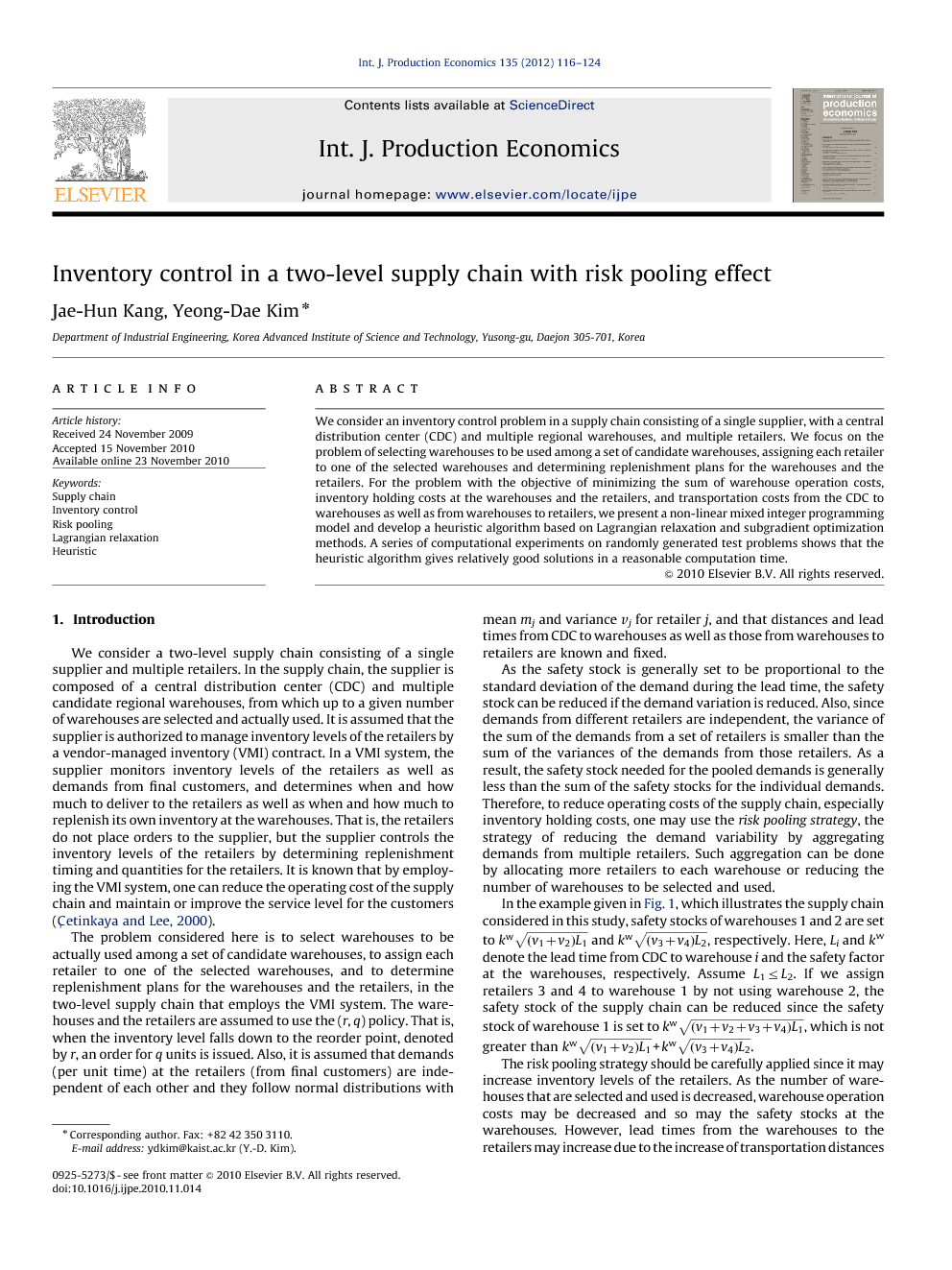 We consider an inventory control problem in a supply chain consisting of a single supplier, with a central distribution center (CDC) and multiple regional warehouses, and multiple retailers. We focus on the problem of selecting warehouses to be used among a set of candidate warehouses, assigning each retailer to one of the selected warehouses and determining replenishment plans for the warehouses and the retailers. For the problem with the objective of minimizing the sum of warehouse operation costs, inventory holding costs at the warehouses and the retailers, and transportation costs from the CDC to warehouses as well as from warehouses to retailers, we present a non-linear mixed integer programming model and develop a heuristic algorithm based on Lagrangian relaxation and subgradient optimization methods. A series of computational experiments on randomly generated test problems shows that the heuristic algorithm gives relatively good solutions in a reasonable computation time.