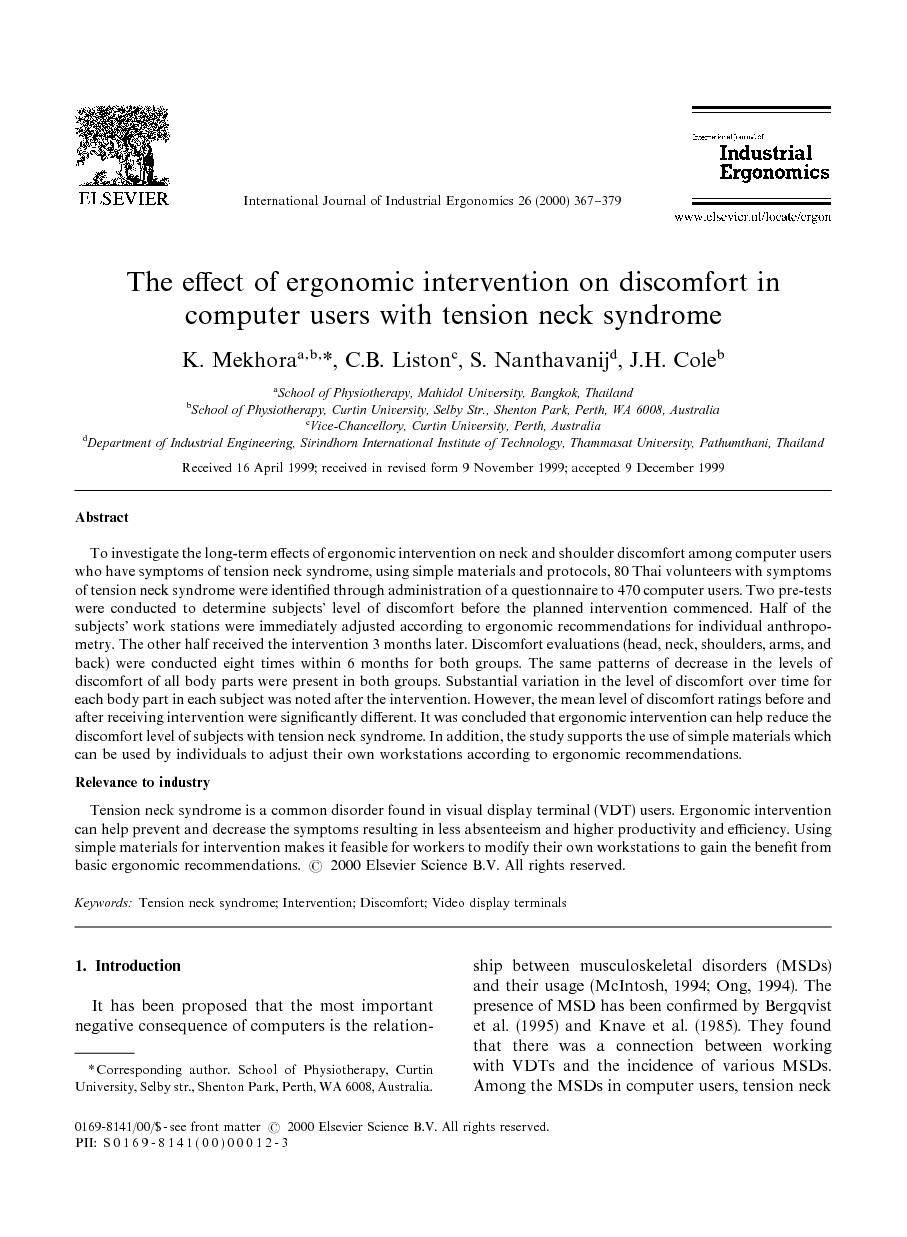 To investigate the long-term effects of ergonomic intervention on neck and shoulder discomfort among computer users who have symptoms of tension neck syndrome, using simple materials and protocols, 80 Thai volunteers with symptoms of tension neck syndrome were identified through administration of a questionnaire to 470 computer users. Two pre-tests were conducted to determine subjects’ level of discomfort before the planned intervention commenced. Half of the subjects’ work stations were immediately adjusted according to ergonomic recommendations for individual anthropometry. The other half received the intervention 3 months later. Discomfort evaluations (head, neck, shoulders, arms, and back) were conducted eight times within 6 months for both groups. The same patterns of decrease in the levels of discomfort of all body parts were present in both groups. Substantial variation in the level of discomfort over time for each body part in each subject was noted after the intervention. However, the mean level of discomfort ratings before and after receiving intervention were significantly different. It was concluded that ergonomic intervention can help reduce the discomfort level of subjects with tension neck syndrome. In addition, the study supports the use of simple materials which can be used by individuals to adjust their own workstations according to ergonomic recommendations.

This study has introduced a means of using inexpensive interventions for the workplace and a clear and readily understandable method for using ergonomic suggestions to alter individual workstations. This study has proved that using this simple method can help reduce discomfort in all of the areas assessed. Therefore, it is recommended that all computer users, with or without symptoms of TNS or other musculoskeletal disorders, should use ergonomic recommendations to structure their workplace to gain the benefits of discomfort reduction. For those without access to modern workstations, simple materials for workstation modification and a computer program which calculates recommendation are available and can be used to assist individuals adjust their own workstations with minimum training.