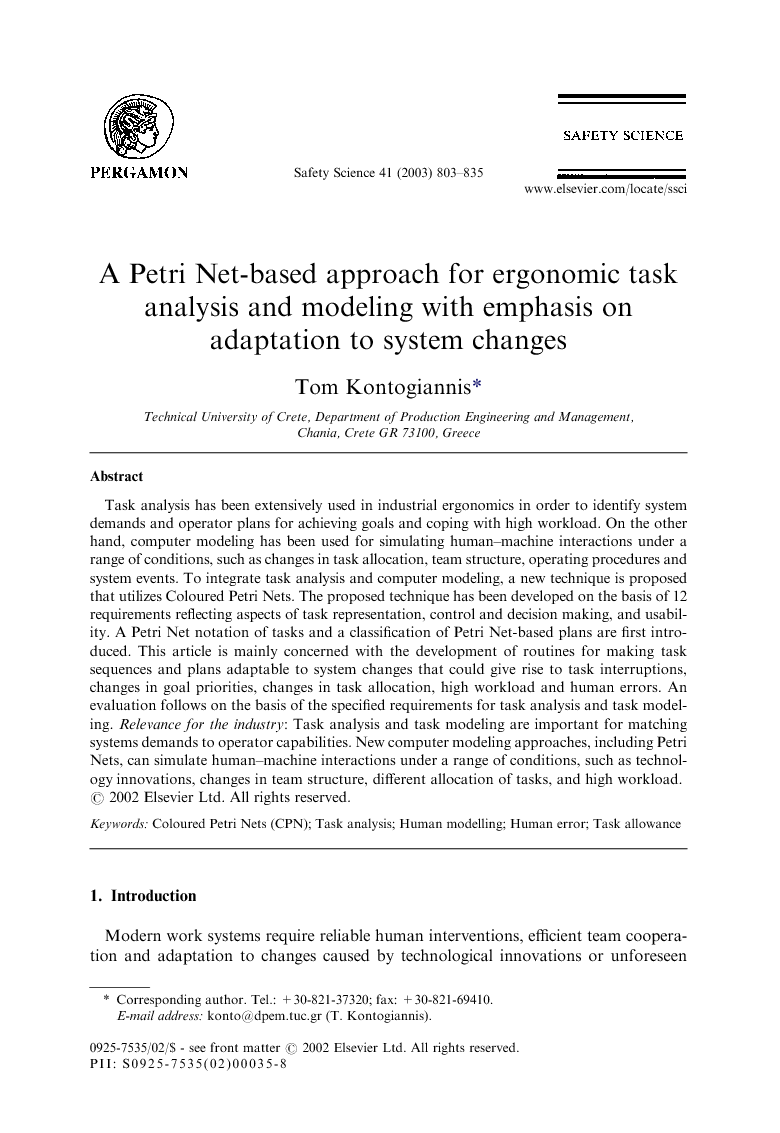 Task analysis has been extensively used in industrial ergonomics in order to identify system demands and operator plans for achieving goals and coping with high workload. On the other hand, computer modeling has been used for simulating human–machine interactions under a range of conditions, such as changes in task allocation, team structure, operating procedures and system events. To integrate task analysis and computer modeling, a new technique is proposed that utilizes Coloured Petri Nets. The proposed technique has been developed on the basis of 12 requirements reflecting aspects of task representation, control and decision making, and usability. A Petri Net notation of tasks and a classification of Petri Net-based plans are first introduced. This article is mainly concerned with the development of routines for making task sequences and plans adaptable to system changes that could give rise to task interruptions, changes in goal priorities, changes in task allocation, high workload and human errors. An evaluation follows on the basis of the specified requirements for task analysis and task modeling. Relevance for the industry: Task analysis and task modeling are important for matching systems demands to operator capabilities. New computer modeling approaches, including Petri Nets, can simulate human–machine interactions under a range of conditions, such as technology innovations, changes in team structure, different allocation of tasks, and high workload.