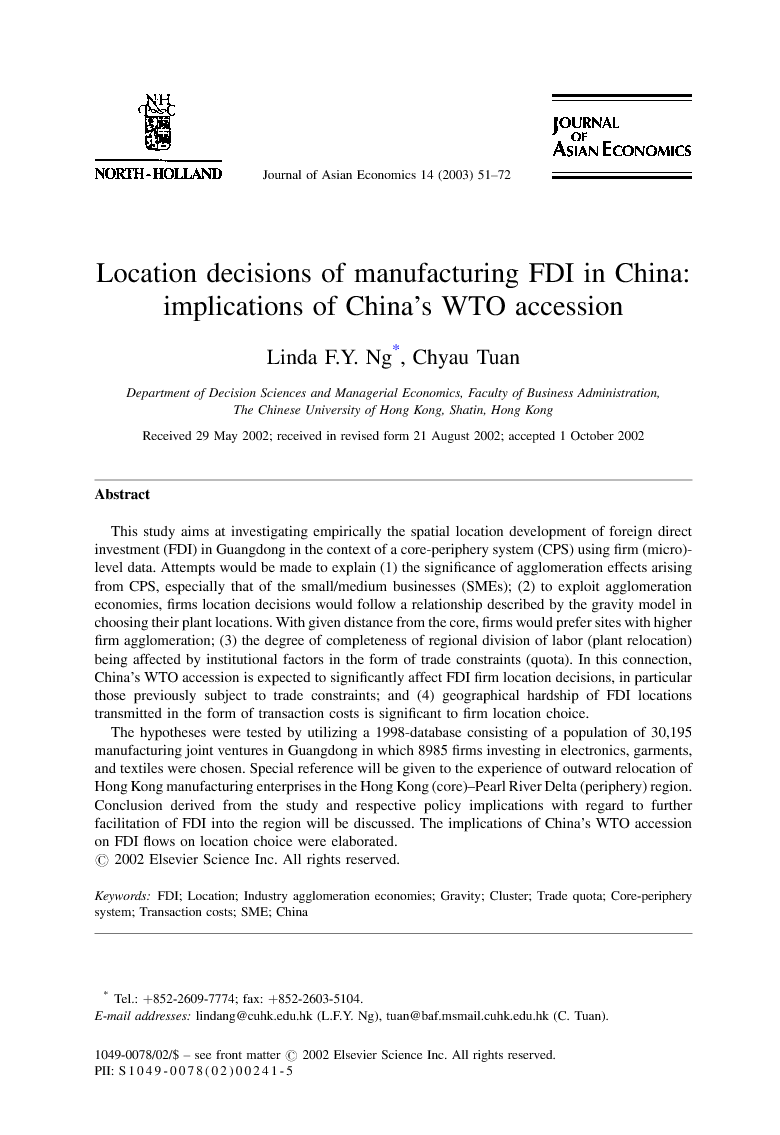 This study aims at investigating empirically the spatial location development of foreign direct investment (FDI) in Guangdong in the context of a core-periphery system (CPS) using firm (micro)-level data. Attempts would be made to explain (1) the significance of agglomeration effects arising from CPS, especially that of the small/medium businesses (SMEs); (2) to exploit agglomeration economies, firms location decisions would follow a relationship described by the gravity model in choosing their plant locations. With given distance from the core, firms would prefer sites with higher firm agglomeration; (3) the degree of completeness of regional division of labor (plant relocation) being affected by institutional factors in the form of trade constraints (quota). In this connection, China’s WTO accession is expected to significantly affect FDI firm location decisions, in particular those previously subject to trade constraints; and (4) geographical hardship of FDI locations transmitted in the form of transaction costs is significant to firm location choice. The hypotheses were tested by utilizing a 1998-database consisting of a population of 30,195 manufacturing joint ventures in Guangdong in which 8985 firms investing in electronics, garments, and textiles were chosen. Special reference will be given to the experience of outward relocation of Hong Kong manufacturing enterprises in the Hong Kong (core)–Pearl River Delta (periphery) region. Conclusion derived from the study and respective policy implications with regard to further facilitation of FDI into the region will be discussed. The implications of China’s WTO accession on FDI flows on location choice were elaborated.