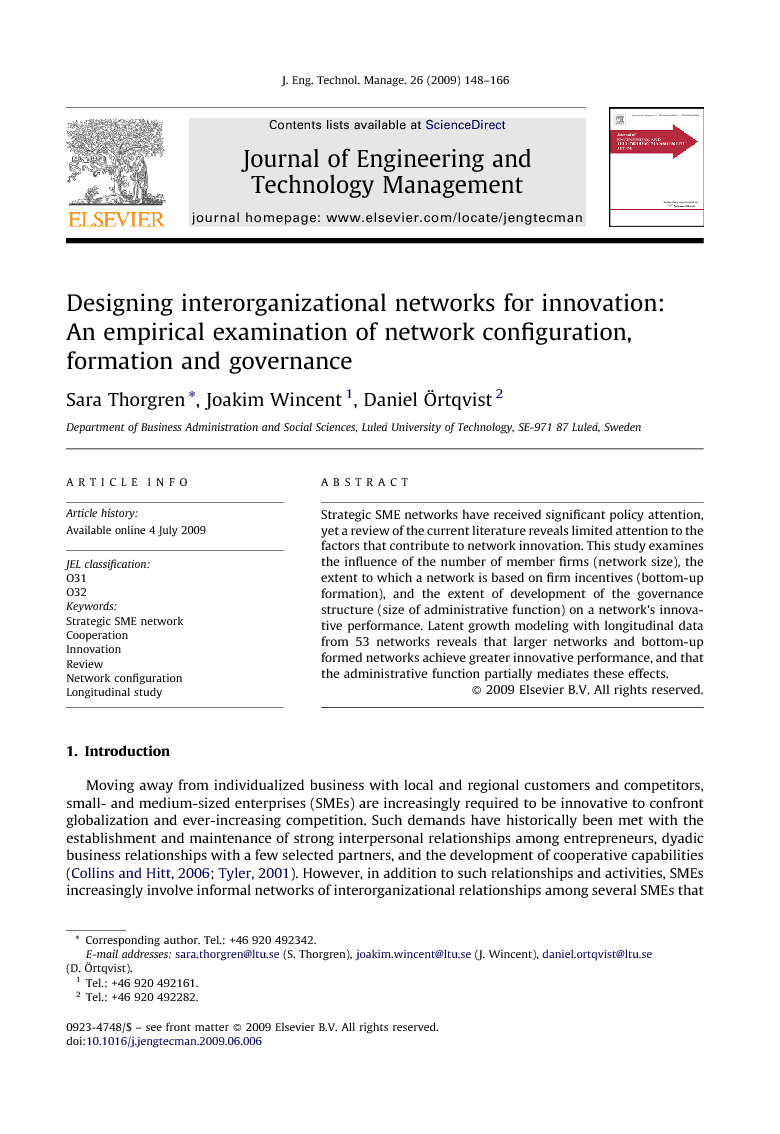 Strategic SME networks have received significant policy attention, yet a review of the current literature reveals limited attention to the factors that contribute to network innovation. This study examines the influence of the number of member firms (network size), the extent to which a network is based on firm incentives (bottom-up formation), and the extent of development of the governance structure (size of administrative function) on a network's innovative performance. Latent growth modeling with longitudinal data from 53 networks reveals that larger networks and bottom-up formed networks achieve greater innovative performance, and that the administrative function partially mediates these effects.