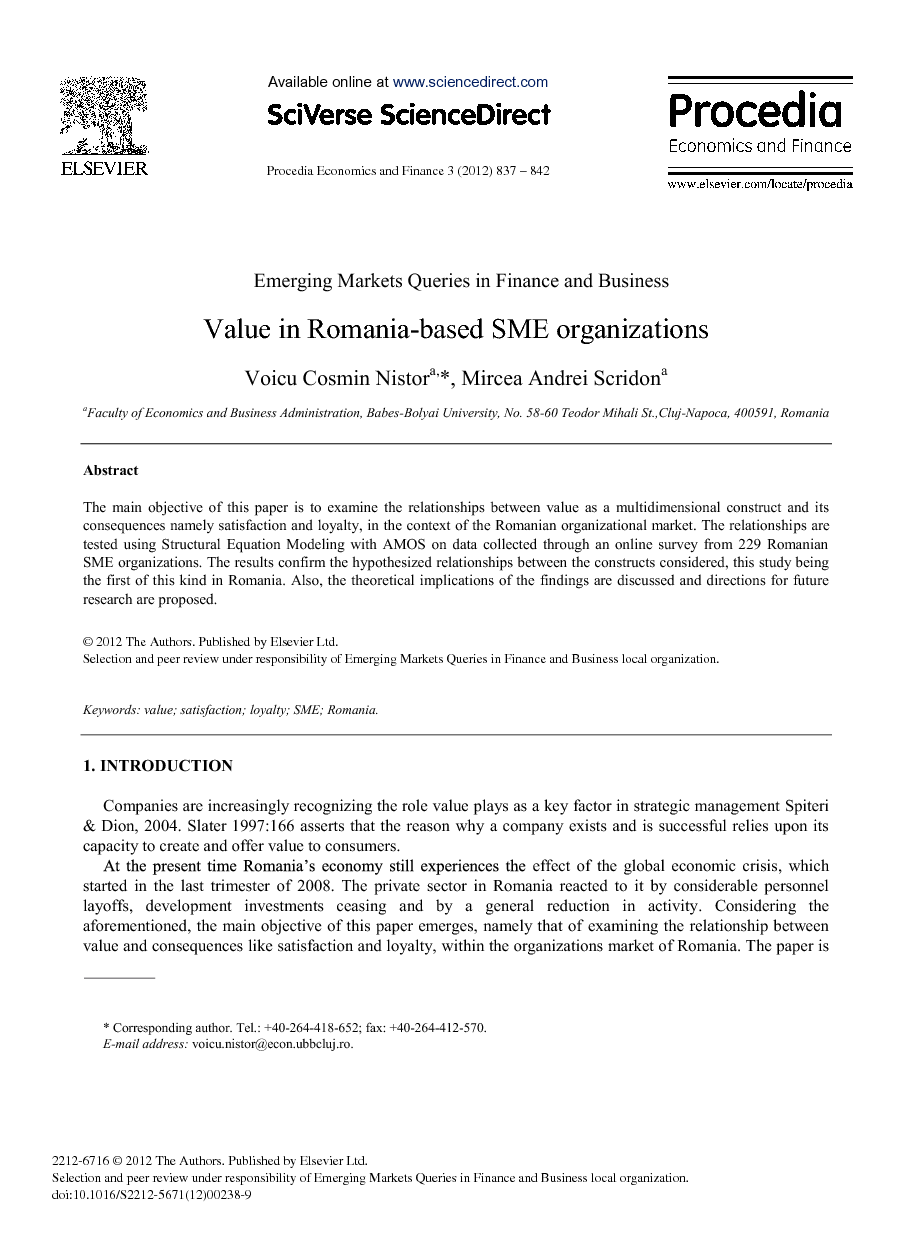 The main objective of this paper is to examine the relationships between value as a multidimensional construct and its consequences namely satisfaction and loyalty, in the context of the Romanian organizational market. The relationships are tested using Structural Equation Modeling with AMOS on data collected through an online survey from 229 Romanian SME organizations. The results confirm the hypothesized relationships between the constructs considered, this study being the first of this kind in Romania. Also, the theoretical implications of the findings are discussed and directions for future research are proposed.

Companies are increasingly recognizing the role value plays as a key factor in strategic management Spiteri & Dion, 2004. Slater 1997:166 asserts that the reason why a company exists and is successful relies upon its capacity to create and offer value to consumers.effect of the global economic crisis, which started in the last trimester of 2008. The private sector in Romania reacted to it by considerable personnel layoffs, development investments ceasing and by a general reduction in activity. Considering the aforementioned, the main objective of this paper emerges, namely that of examining the relationship between value and consequences like satisfaction and loyalty, within the organizations market of Romania. The paper is structured in six sections: introduction, the proposed conceptual framework, research methodology and results,discussion and conclusions, limitations and future directions of research.