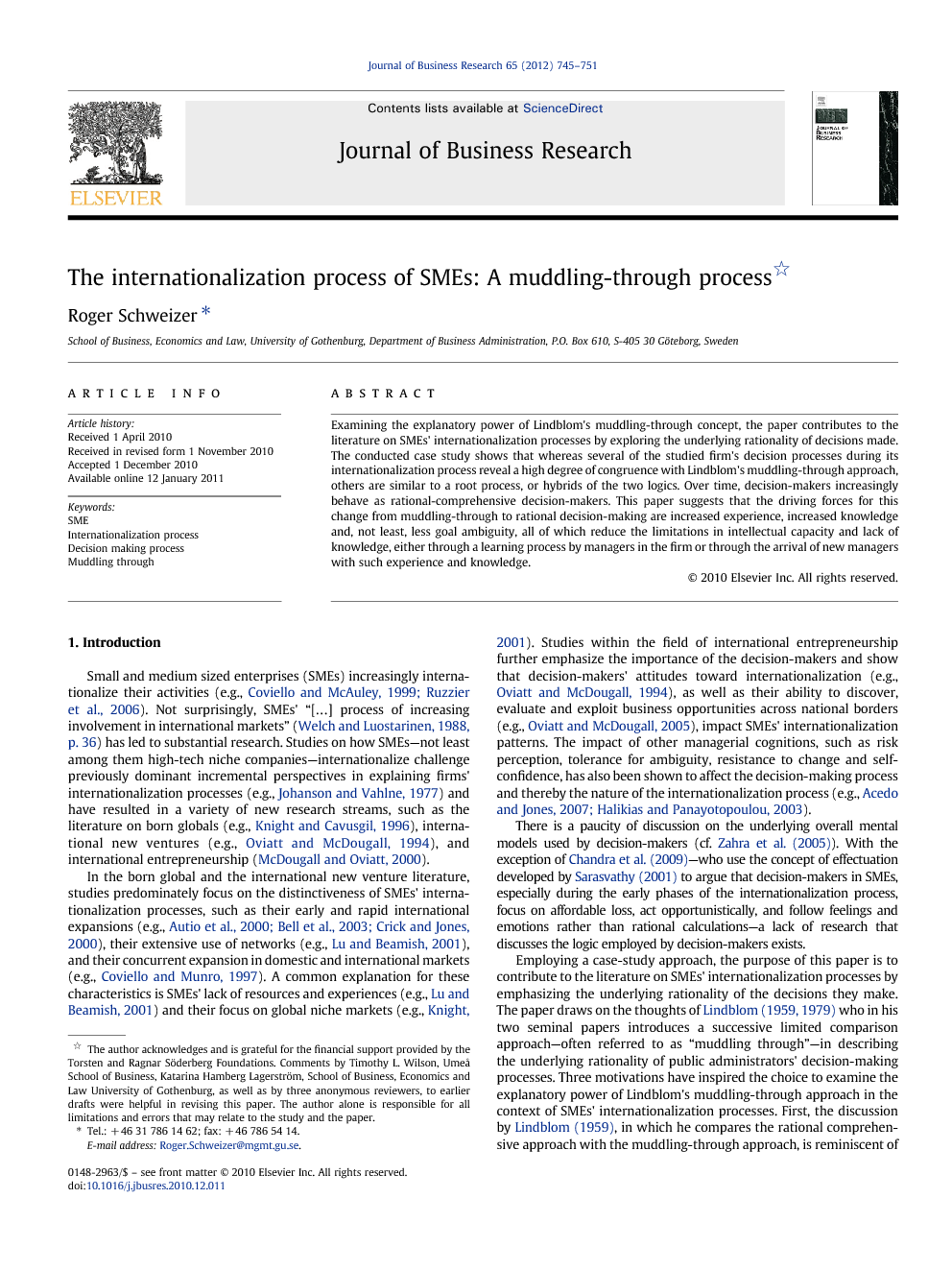 Examining the explanatory power of Lindblom's muddling-through concept, the paper contributes to the literature on SMEs' internationalization processes by exploring the underlying rationality of decisions made. The conducted case study shows that whereas several of the studied firm's decision processes during its internationalization process reveal a high degree of congruence with Lindblom's muddling-through approach, others are similar to a root process, or hybrids of the two logics. Over time, decision-makers increasingly behave as rational-comprehensive decision-makers. This paper suggests that the driving forces for this change from muddling-through to rational decision-making are increased experience, increased knowledge and, not least, less goal ambiguity, all of which reduce the limitations in intellectual capacity and lack of knowledge, either through a learning process by managers in the firm or through the arrival of new managers with such experience and knowledge.