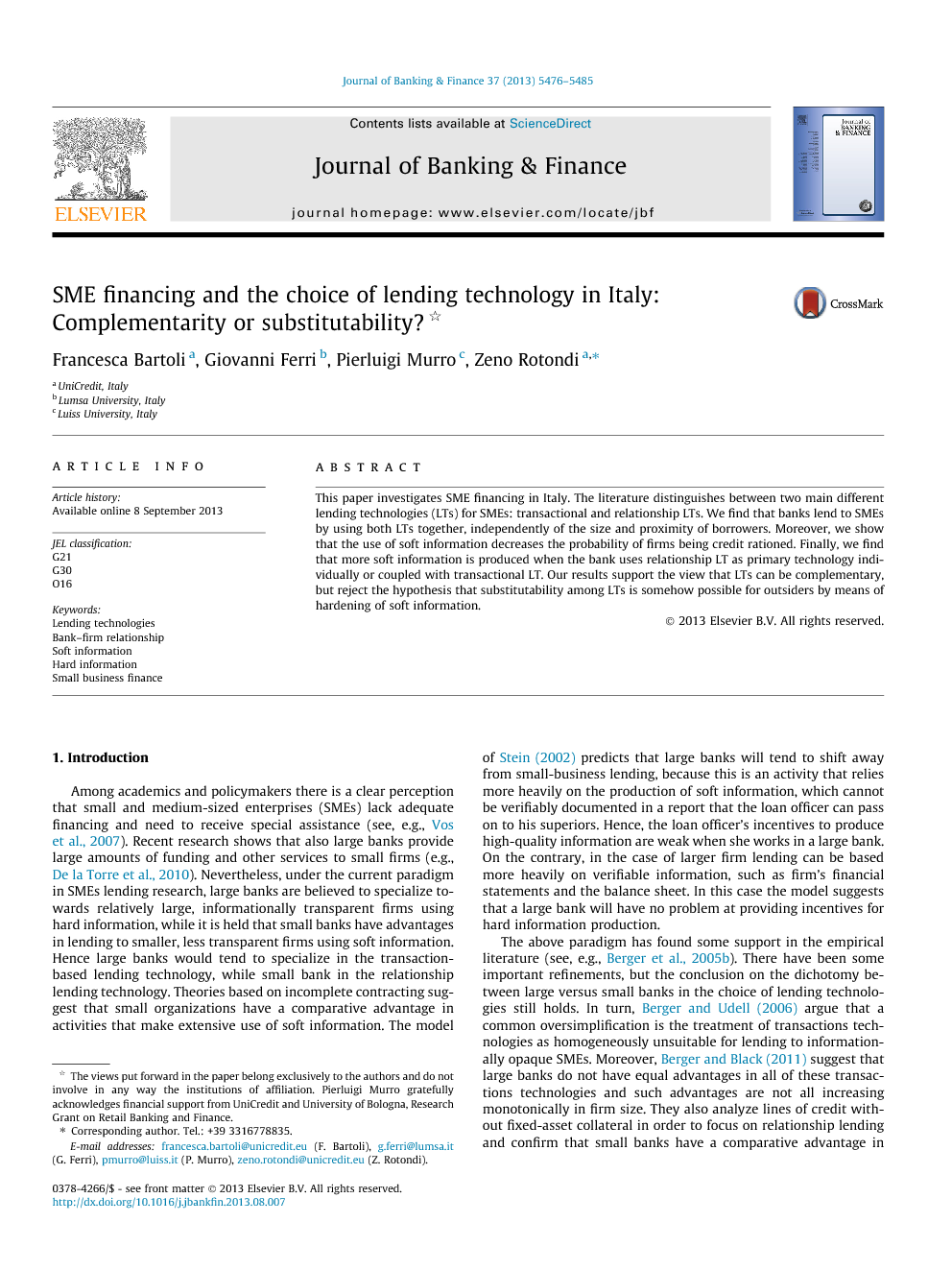 This paper investigates SME financing in Italy. The literature distinguishes between two main different lending technologies (LTs) for SMEs: transactional and relationship LTs. We find that banks lend to SMEs by using both LTs together, independently of the size and proximity of borrowers. Moreover, we show that the use of soft information decreases the probability of firms being credit rationed. Finally, we find that more soft information is produced when the bank uses relationship LT as primary technology individually or coupled with transactional LT. Our results support the view that LTs can be complementary, but reject the hypothesis that substitutability among LTs is somehow possible for outsiders by means of hardening of soft information.