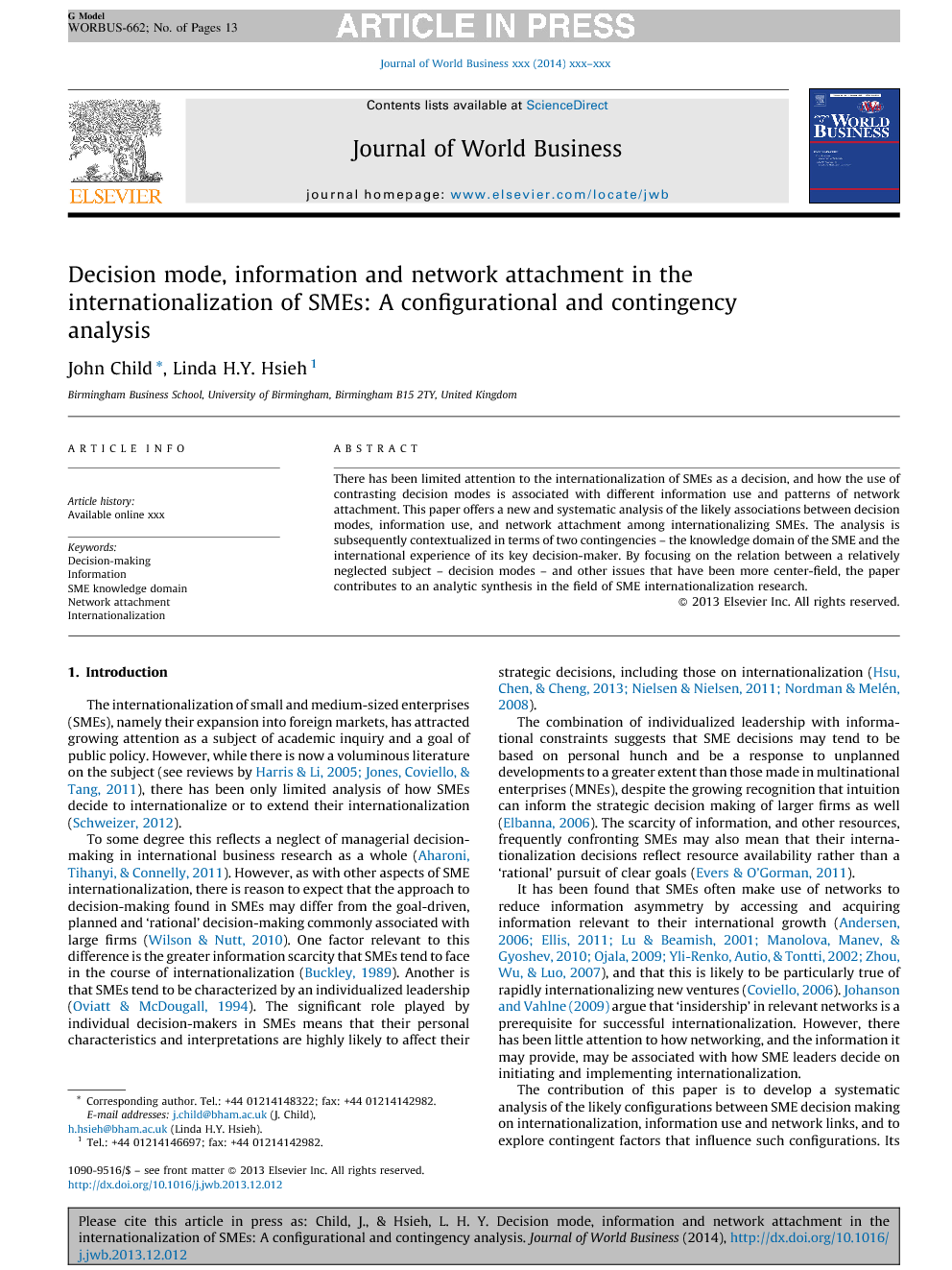 There has been limited attention to the internationalization of SMEs as a decision, and how the use of contrasting decision modes is associated with different information use and patterns of network attachment. This paper offers a new and systematic analysis of the likely associations between decision modes, information use, and network attachment among internationalizing SMEs. The analysis is subsequently contextualized in terms of two contingencies – the knowledge domain of the SME and the international experience of its key decision-maker. By focusing on the relation between a relatively neglected subject – decision modes – and other issues that have been more center-field, the paper contributes to an analytic synthesis in the field of SME internationalization research.