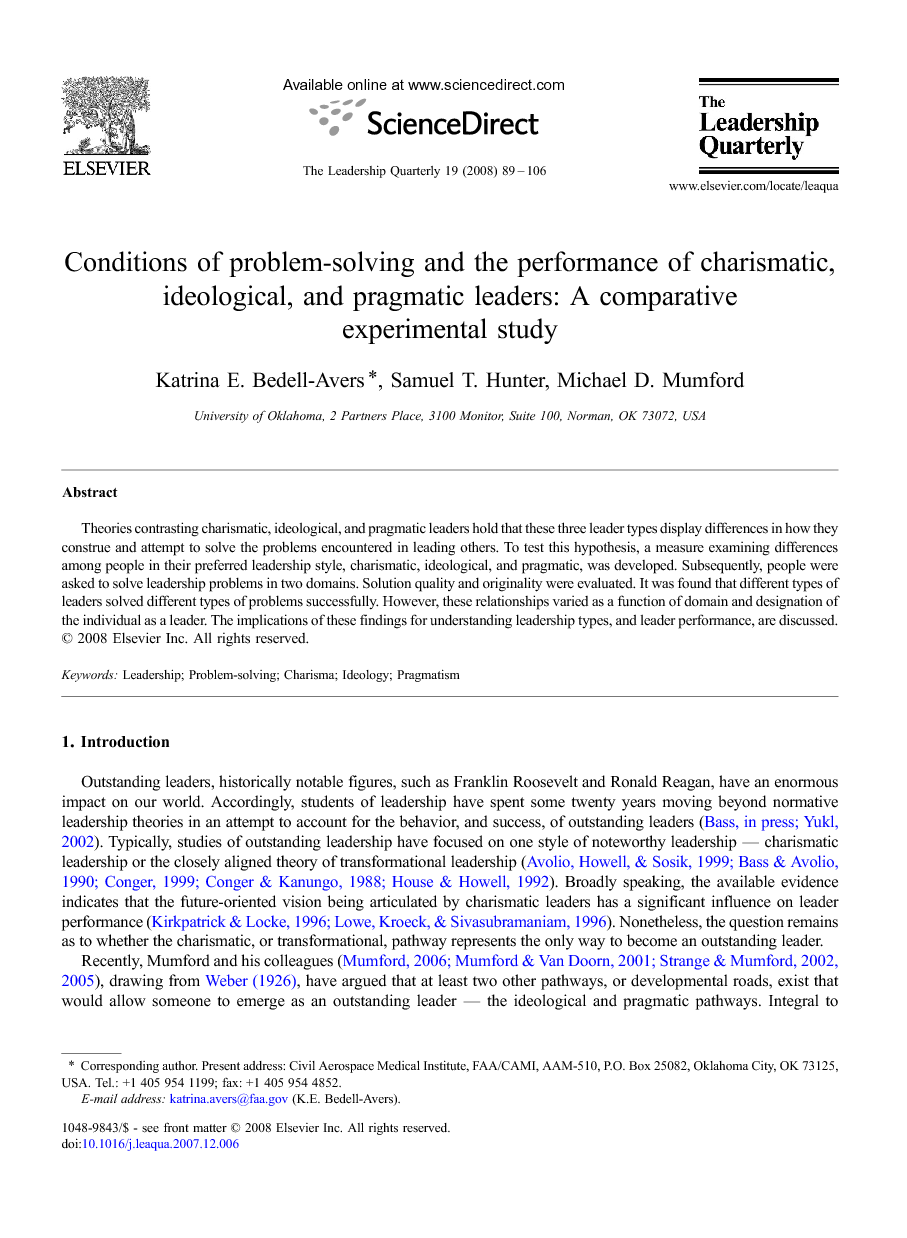 Theories contrasting charismatic, ideological, and pragmatic leaders hold that these three leader types display differences in how they construe and attempt to solve the problems encountered in leading others. To test this hypothesis, a measure examining differences among people in their preferred leadership style, charismatic, ideological, and pragmatic, was developed. Subsequently, people were asked to solve leadership problems in two domains. Solution quality and originality were evaluated. It was found that different types of leaders solved different types of problems successfully. However, these relationships varied as a function of domain and designation of the individual as a leader. The implications of these findings for understanding leadership types, and leader performance, are discussed.