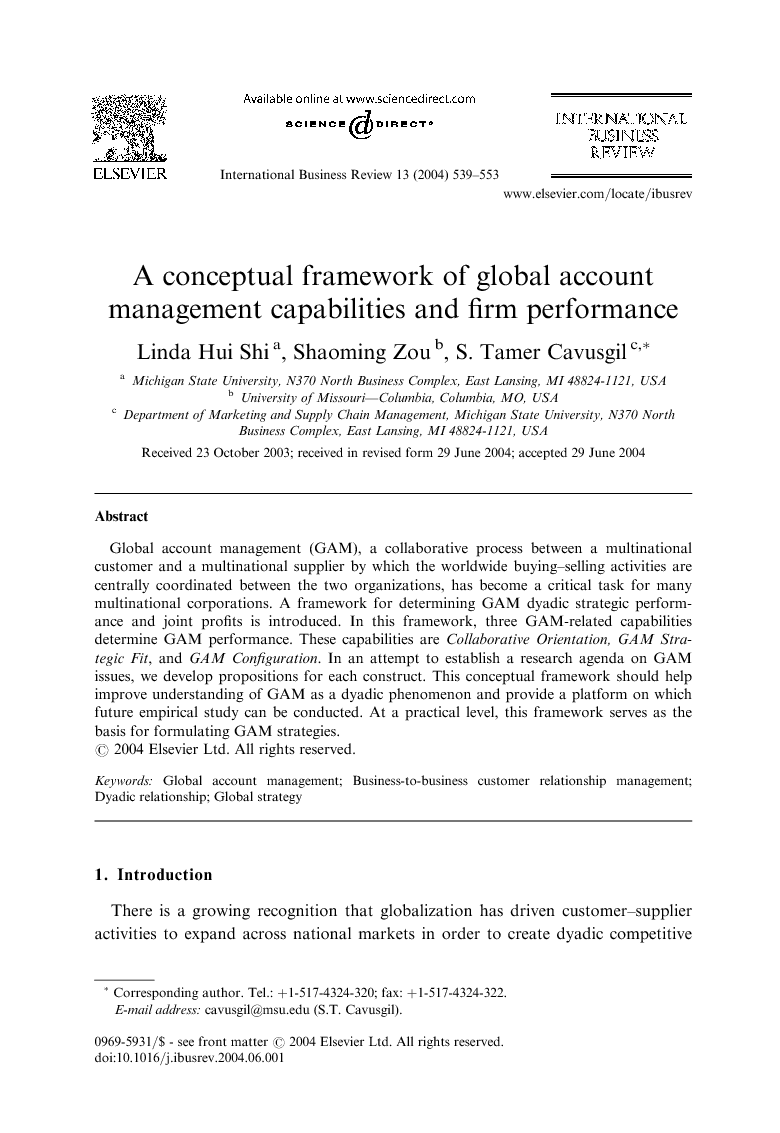 Global account management (GAM), a collaborative process between a multinational customer and a multinational supplier by which the worldwide buying–selling activities are centrally coordinated between the two organizations, has become a critical task for many multinational corporations. A framework for determining GAM dyadic strategic performance and joint profits is introduced. In this framework, three GAM-related capabilities determine GAM performance. These capabilities are Collaborative Orientation, GAM Strategic Fit, and GAM Configuration. In an attempt to establish a research agenda on GAM issues, we develop propositions for each construct. This conceptual framework should help improve understanding of GAM as a dyadic phenomenon and provide a platform on which future empirical study can be conducted. At a practical level, this framework serves as the basis for formulating GAM strategies.