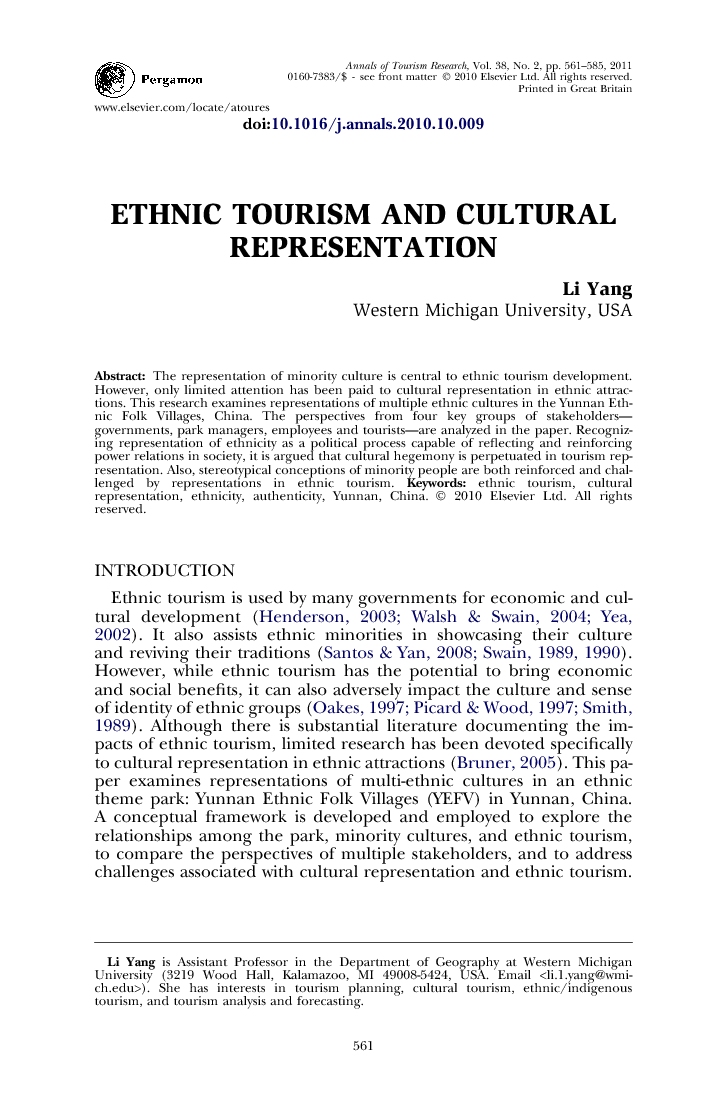 Ethnic tourism is used by many governments for economic and cultural development (Henderson, 2003, Walsh and Swain, 2004 and Yea, 2002). It also assists ethnic minorities in showcasing their culture and reviving their traditions (Santos and Yan, 2008, Swain, 1989 and Swain, 1990). However, while ethnic tourism has the potential to bring economic and social benefits, it can also adversely impact the culture and sense of identity of ethnic groups (Oakes, 1997, Picard and Wood, 1997 and Smith, 1989). Although there is substantial literature documenting the impacts of ethnic tourism, limited research has been devoted specifically to cultural representation in ethnic attractions (Bruner, 2005). This paper examines representations of multi-ethnic cultures in an ethnic theme park: Yunnan Ethnic Folk Villages (YEFV) in Yunnan, China. A conceptual framework is developed and employed to explore the relationships among the park, minority cultures, and ethnic tourism, to compare the perspectives of multiple stakeholders, and to address challenges associated with cultural representation and ethnic tourism.