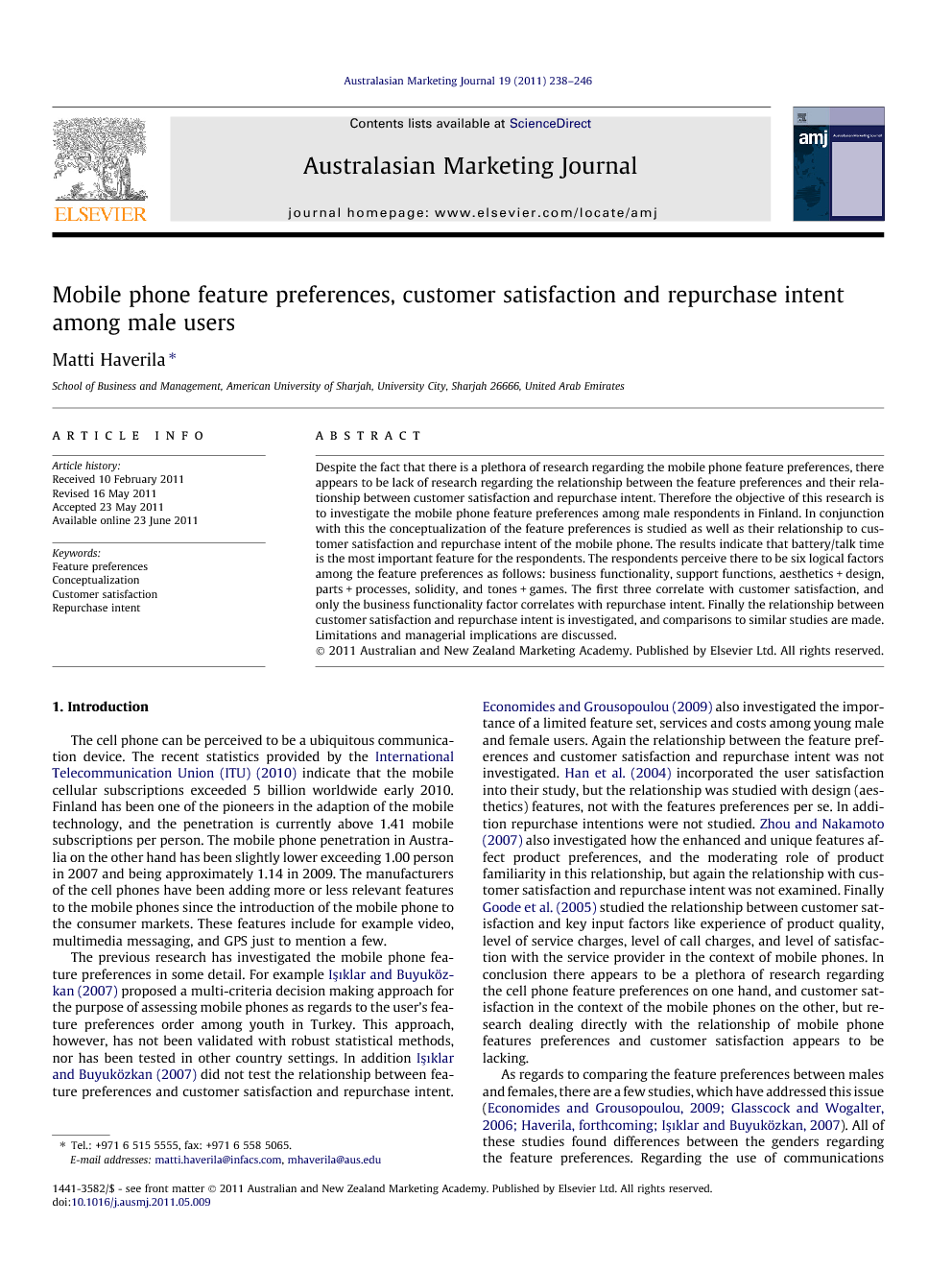 The purpose of the study was to investigate the mobile phone feature preferences among male users in Finland. Expectedly the battery/talk time was the most important mobile phone feature. As regards to the conceptualization of the mobile phone feature preferences there were six factors discovered among the respondents’ feature preferences. Three of these factors (business functionality, standard parts and processes, and aesthetics and design) correlated with customer satisfaction in the multiple regression model, and only one, business functionality, correlated with the behavioral loyalty (repurchase intent). Finally the relationship between customer satisfaction and repurchase intent was analyzed. A significant, but moderate, correlation was discovered. The relationship graph between the customer satisfaction and repurchase intent constructs indicated similarity with similar industries (automobiles and computers) in the graph in the Jones and Sasser (1995) article, but only at customer satisfaction levels above 4. The relationship appeared to be at plateau level when customer satisfaction levels were below 4. It could be that the reason for this is in the evolution of technology. Thus if the customers are unhappy with their current mobile phone, but are aware of the better technology in the newer brands of the manufacturer, and since they have experience with the user interface (i.e. the standard processes) and the features (Kim and Srinivasan, 2009), their aim is to buy the same brand. This finding is consistent with a recent research by Tseng and Lo (2011) who discovered that when the customers are not satisfied with their current phone, and they perceive next-generation mobile phones as being easier to use and more useful than their current model phones, they are more likely to upgrade their mobile phones to the next-generation models. Finally it is possible that the prior experience with the user interface and the features reflect a switching barrier to the purchasing of new mobile phone brands, which have been discovered to significantly impact customer retention (Lam et al., 2004, Mittal and Lassar, 1998 and Keaveney, 1995) also in the mobile phone industry (Oyeniyi and Abiodun, 2010).