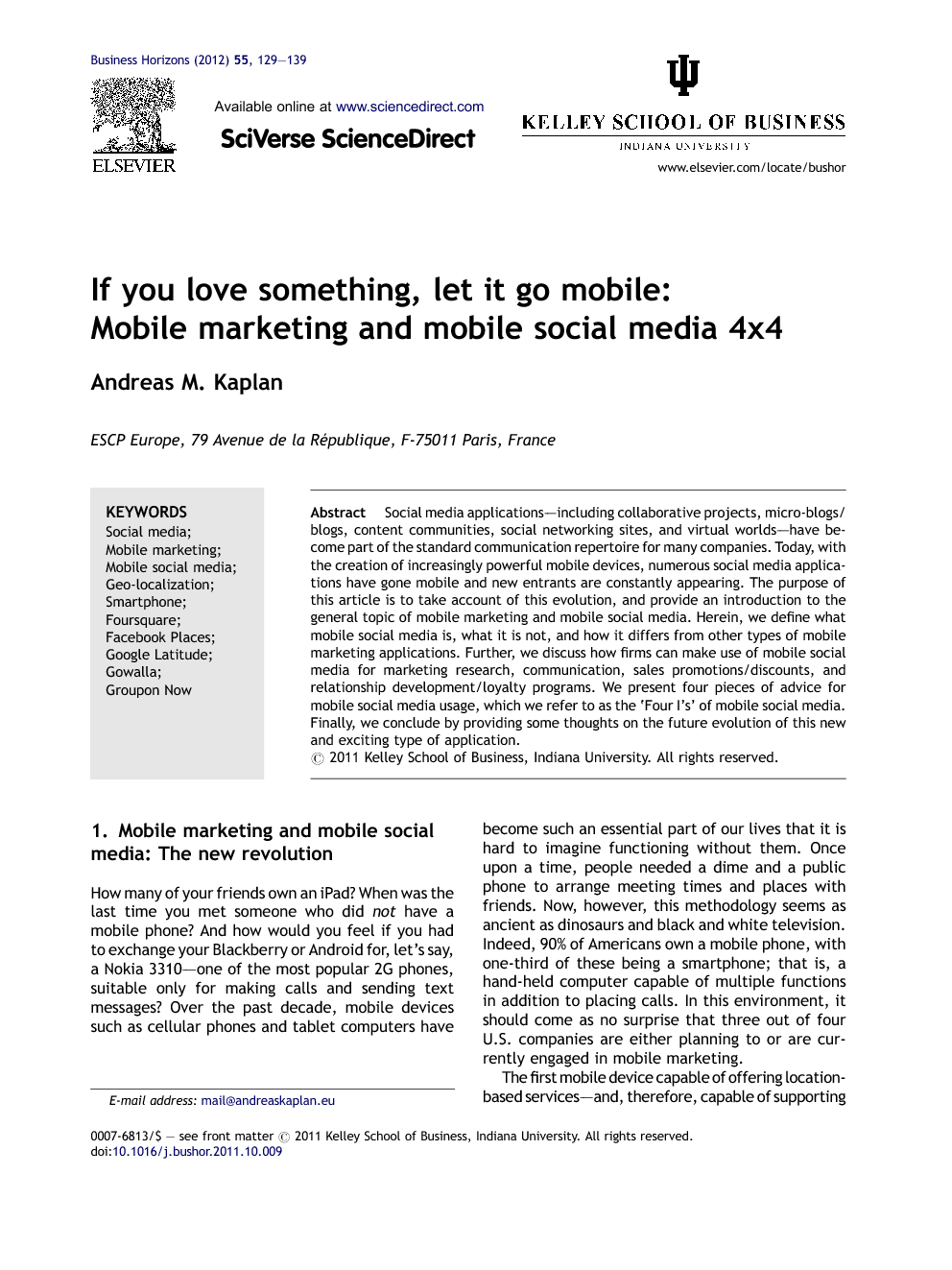 The opportunities outlined above involve specific challenges and hurdles that must be accounted for. The most prominent of these relate to security, privacy, and trust. Facebook Places, Gowalla, Foursquare, and technology like them reveal a lot about users based on personal data and physical check-ins. Understandably, such information can be used for both constructive and nefarious purposes. To illustrate the danger of the latter, a group of technology developers from the Netherlands created PleaseRobMe.com. This website aggregates Foursquare check-ins that are automatically posted on Twitter. An algorithm then analyzes these check-ins to identify a user's home address, as well as his/her current location. Once the two become far enough apart, the user becomes a prime candidate for robbery. It is likely that this application, as well as others in the same spirit of illustrating the risk of over-sharing information, will make users more reluctant to reveal certain pieces of information in the future. Legislators in both the United States and Europe are beginning to address and deal with this problem, albeit from different angles. In the U.S., the Do-Not-Track Online Act of 2011 uses an opt-out possibility that forces companies to honor a user's choice of whether he/she wants data regarding online activities to be stored or not. In case a company fails to respond to such a request, the Federal Trade Commission is authorized to pursue action against the firm. In Europe, the New Challenges for the Protection of Personal Data Act of 2010 advocates the use of an opt-in solution, which requires firms to ask users before any data can be collected. Additionally, users are granted the ‘right to be forgotten’—that is, the right to have data deleted once it is no longer needed for legitimate purposes. In our article, Users of the world, unite! The challenges and opportunities of social media, we claimed that the specter of social media would help consumers to lose their chains and become more powerfully knowledgeable (Kaplan & Haenlein, 2010). Today, 2 years later, we see social media applications have literally lost their chains by migrating from desktop computers to mobile devices. Many questions remain in the area of mobile social media, though, and only the future can provide answers. Which players will survive the gold rush in this new industry? How will users and consumers actually integrate mobile social media into their day-to-day lives? The numbers speak for themselves: In June 2010, Foursquare obtained $20 million in fresh venture capital from—among others—Union Square Ventures, a New-York based venture capital fund that also invested in Twitter and Zynga, the developer of Farmville. In July 2010, Foursquare registered its 100th million check-in, only 2 months after having vaulted the 40 million check-in hurdle. Today, the company's estimated worth is between $500 million and $1 billion—not bad results for a firm that was only launched in March 2009. We cannot say what the future will bring, or whether Foursquare will still be around in 10 years. Maybe it will have been acquired by another firm; maybe it will have a different name; or maybe by then it will be a major player in the mobile social media scene, similar to Google, Amazon, and eBay. On thing, however, is certain: Even if the name changes on the surface, the underlying theories and basic concepts will not.