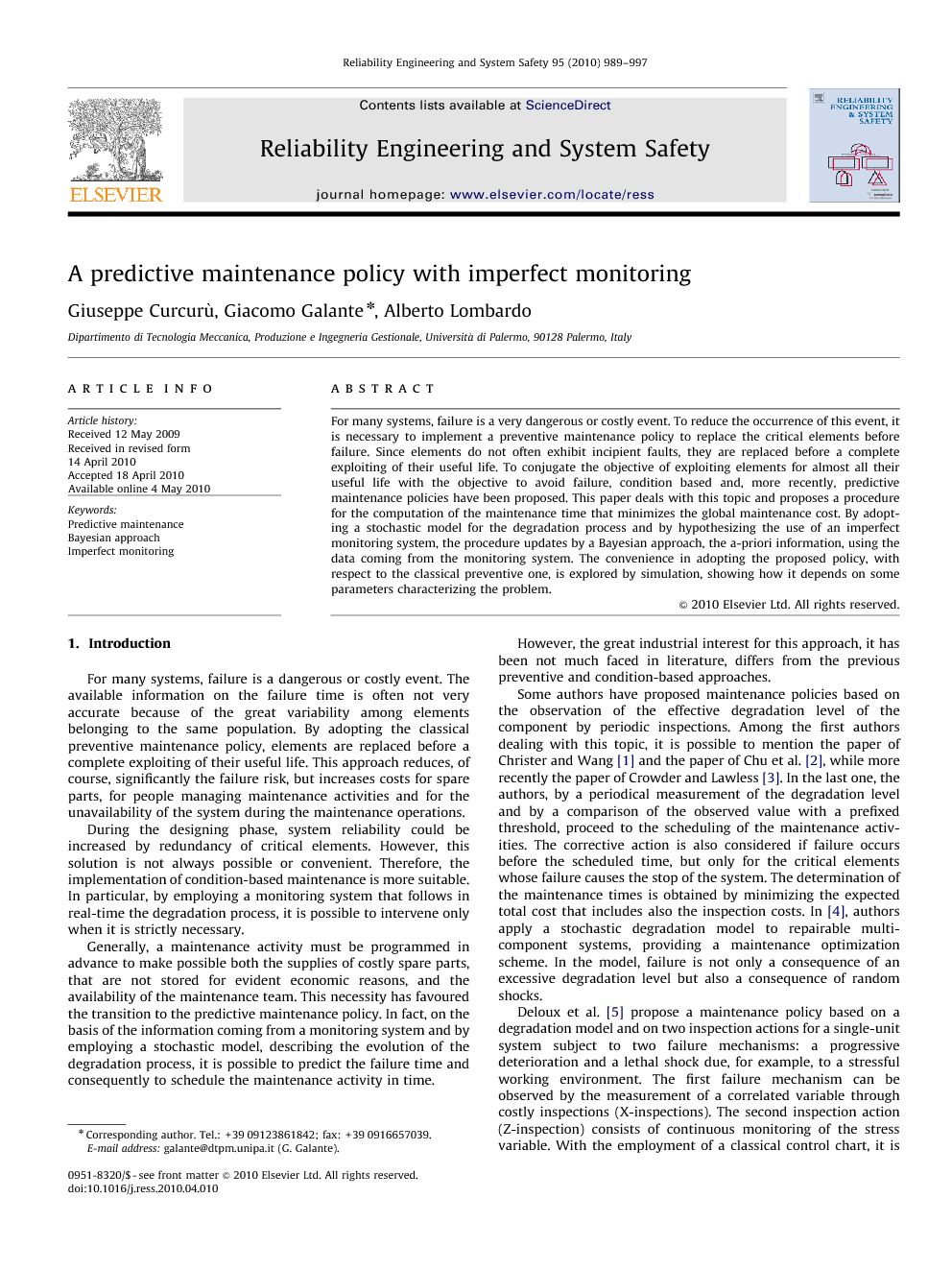 For many systems, failure is a very dangerous or costly event. To reduce the occurrence of this event, it is necessary to implement a preventive maintenance policy to replace the critical elements before failure. Since elements do not often exhibit incipient faults, they are replaced before a complete exploiting of their useful life. To conjugate the objective of exploiting elements for almost all their useful life with the objective to avoid failure, condition based and, more recently, predictive maintenance policies have been proposed. This paper deals with this topic and proposes a procedure for the computation of the maintenance time that minimizes the global maintenance cost. By adopting a stochastic model for the degradation process and by hypothesizing the use of an imperfect monitoring system, the procedure updates by a Bayesian approach, the a-priori information, using the data coming from the monitoring system. The convenience in adopting the proposed policy, with respect to the classical preventive one, is explored by simulation, showing how it depends on some parameters characterizing the problem.

A realistic predictive maintenance policy, regarding both the managing requirements and the characteristics of the imperfect monitoring system, is proposed. These aspects, to our knowledge, have not been considered previously in the literature. The effectiveness of the proposed policy with respect to the classical preventive maintenance policy is shown. This convenience depends both on the quality of the employed sensor and on the failure cost. The proposed methodology can be considered as a support for the decision maker to verify the convenience in adopting the predictive approach, with regard to his/her actual operational context. In future applications, the proposed methodology could be extended to multi-elements systems and/or to those cases in which only an estimate of the population mean and variance is known.