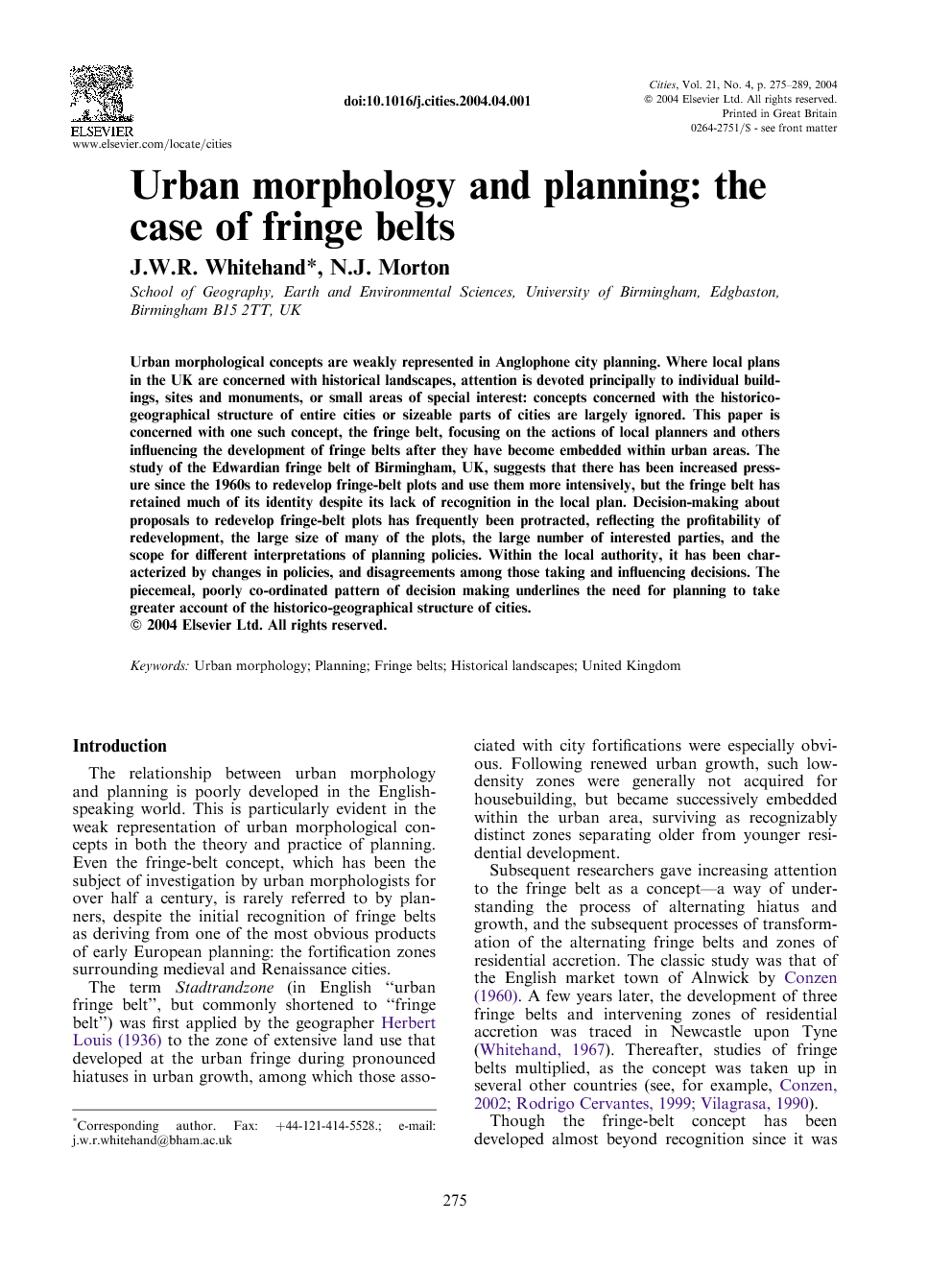 Urban morphological concepts are weakly represented in Anglophone city planning. Where local plans in the UK are concerned with historical landscapes, attention is devoted principally to individual buildings, sites and monuments, or small areas of special interest: concepts concerned with the historico-geographical structure of entire cities or sizeable parts of cities are largely ignored. This paper is concerned with one such concept, the fringe belt, focusing on the actions of local planners and others influencing the development of fringe belts after they have become embedded within urban areas. The study of the Edwardian fringe belt of Birmingham, UK, suggests that there has been increased pressure since the 1960s to redevelop fringe-belt plots and use them more intensively, but the fringe belt has retained much of its identity despite its lack of recognition in the local plan. Decision-making about proposals to redevelop fringe-belt plots has frequently been protracted, reflecting the profitability of redevelopment, the large size of many of the plots, the large number of interested parties, and the scope for different interpretations of planning policies. Within the local authority, it has been characterized by changes in policies, and disagreements among those taking and influencing decisions. The piecemeal, poorly co-ordinated pattern of decision making underlines the need for planning to take greater account of the historico-geographical structure of cities.