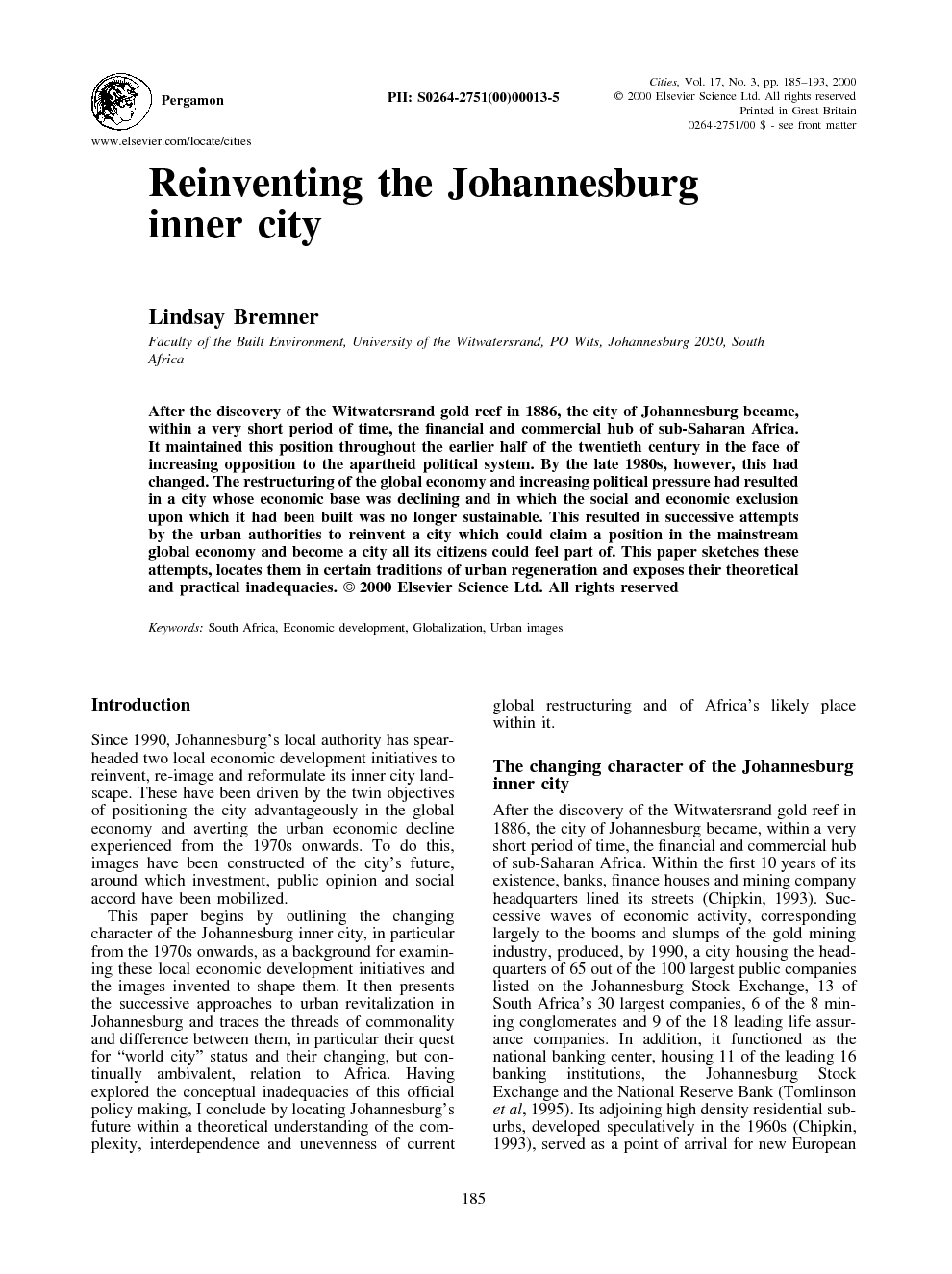 After the discovery of the Witwatersrand gold reef in 1886, the city of Johannesburg became, within a very short period of time, the financial and commercial hub of sub-Saharan Africa. It maintained this position throughout the earlier half of the twentieth century in the face of increasing opposition to the apartheid political system. By the late 1980s, however, this had changed. The restructuring of the global economy and increasing political pressure had resulted in a city whose economic base was declining and in which the social and economic exclusion upon which it had been built was no longer sustainable. This resulted in successive attempts by the urban authorities to reinvent a city which could claim a position in the mainstream global economy and become a city all its citizens could feel part of. This paper sketches these attempts, locates them in certain traditions of urban regeneration and exposes their theoretical and practical inadequacies.

Since 1990, Johannesburg's local authority has spearheaded two local economic development initiatives to reinvent, re-image and reformulate its inner city landscape. These have been driven by the twin objectives of positioning the city advantageously in the global economy and averting the urban economic decline experienced from the 1970s onwards. To do this, images have been constructed of the city's future, around which investment, public opinion and social accord have been mobilized. This paper begins by outlining the changing character of the Johannesburg inner city, in particular from the 1970s onwards, as a background for examining these local economic development initiatives and the images invented to shape them. It then presents the successive approaches to urban revitalization in Johannesburg and traces the threads of commonality and difference between them, in particular their quest for “world city” status and their changing, but continually ambivalent, relation to Africa. Having explored the conceptual inadequacies of this official policy making, I conclude by locating Johannesburg's future within a theoretical understanding of the complexity, interdependence and unevenness of current global restructuring and of Africa's likely place within it.