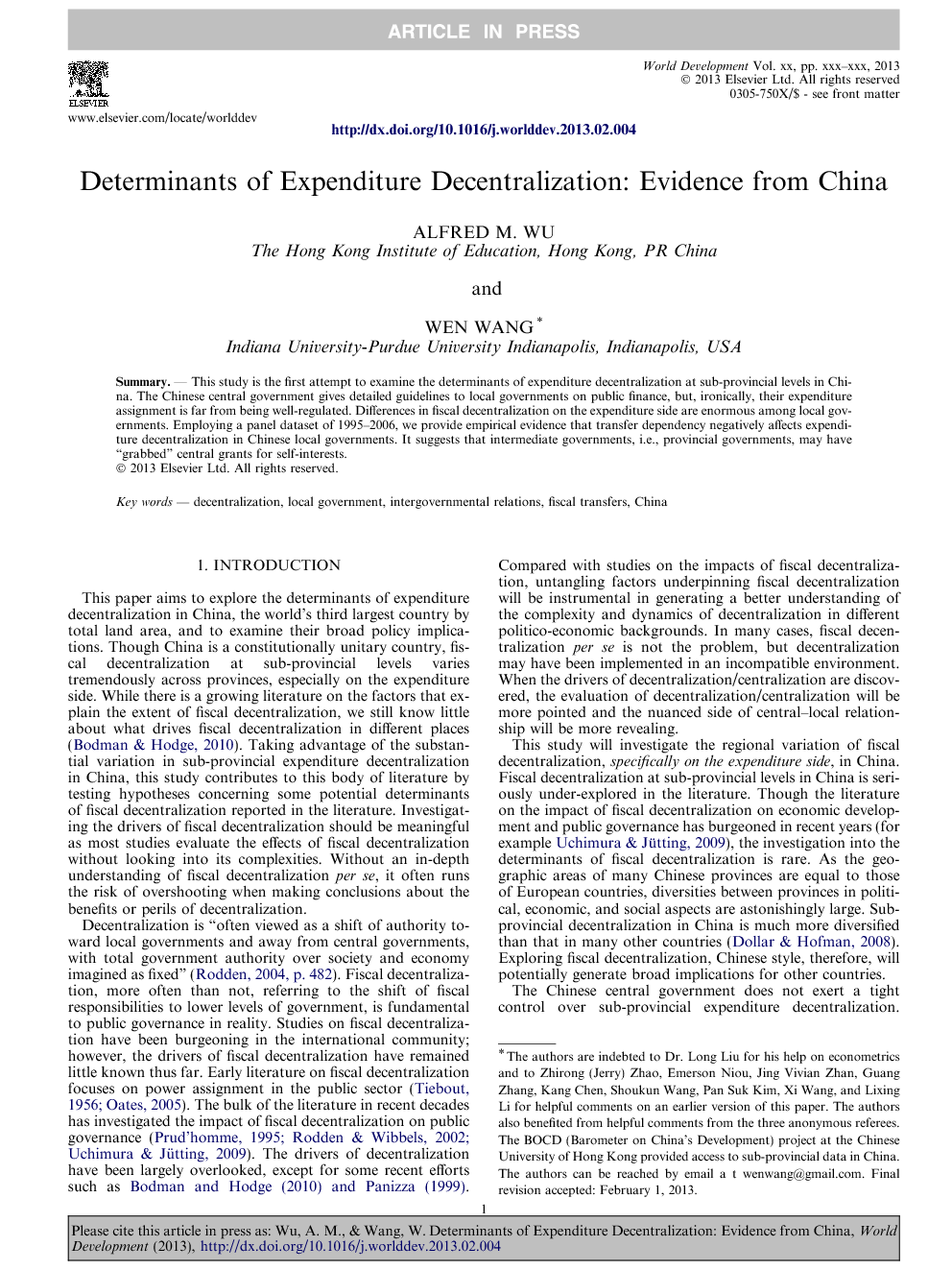 The paper examines the determinants of fiscal decentralization and provides a snapshot of the dynamics of central transfers in China. The study complements Freinkman and Plekhanov’s (2009) findings on fiscal decentralization that regions relying more on central transfers tend to have a more centralized fiscal system within the region. Instead of only reporting the findings, we offer a tentative explanation for the negative relationship between transfer dependency and expenditure decentralization in China. That is, some intermediate governments might use central transfers to enhance the growth of public employment for their own interests. This study also contributes to our understanding of subnational fiscal decentralization in developing economies. Drawing on data at the provincial, prefectural, and county levels in China, it has generated empirical results that help to identify the determinants of China’s expenditure decentralization, and probably for other developing countries as well. The study suggests that an appropriate fiscal incentive structure for regional governments is needed. More importantly, an effective monitoring of intermediate governments is imperative especially in developing countries such as China. In the Western democracies, the strengthening of party leadership and the partisan link between the central and local governors may effectively prevent regional governments from preying on grassroots governments, despite some exceptions (Enikolopov and Zhuravskaya, 2007 and Riker, 1964). Alternatively, appropriate administrative organizations (independent commissions) for regulating the intergovernmental system prove to be instrumental in holding local governments accountable to the principal in many countries (Sato, 2007 and Shah, 2007). In contrast to practices in the Western context, the Chinese government actually attempts to use its unique nomenclature system to make regional governors comply with central mandates (Huang, 1996). The personnel control system nonetheless is not always effective as local governments often find ways to circumvent central control in reality. Based on this study, we propose some preliminary measures to curb the predatory role of intermediate governments and improve the intergovernmental fiscal system in China.