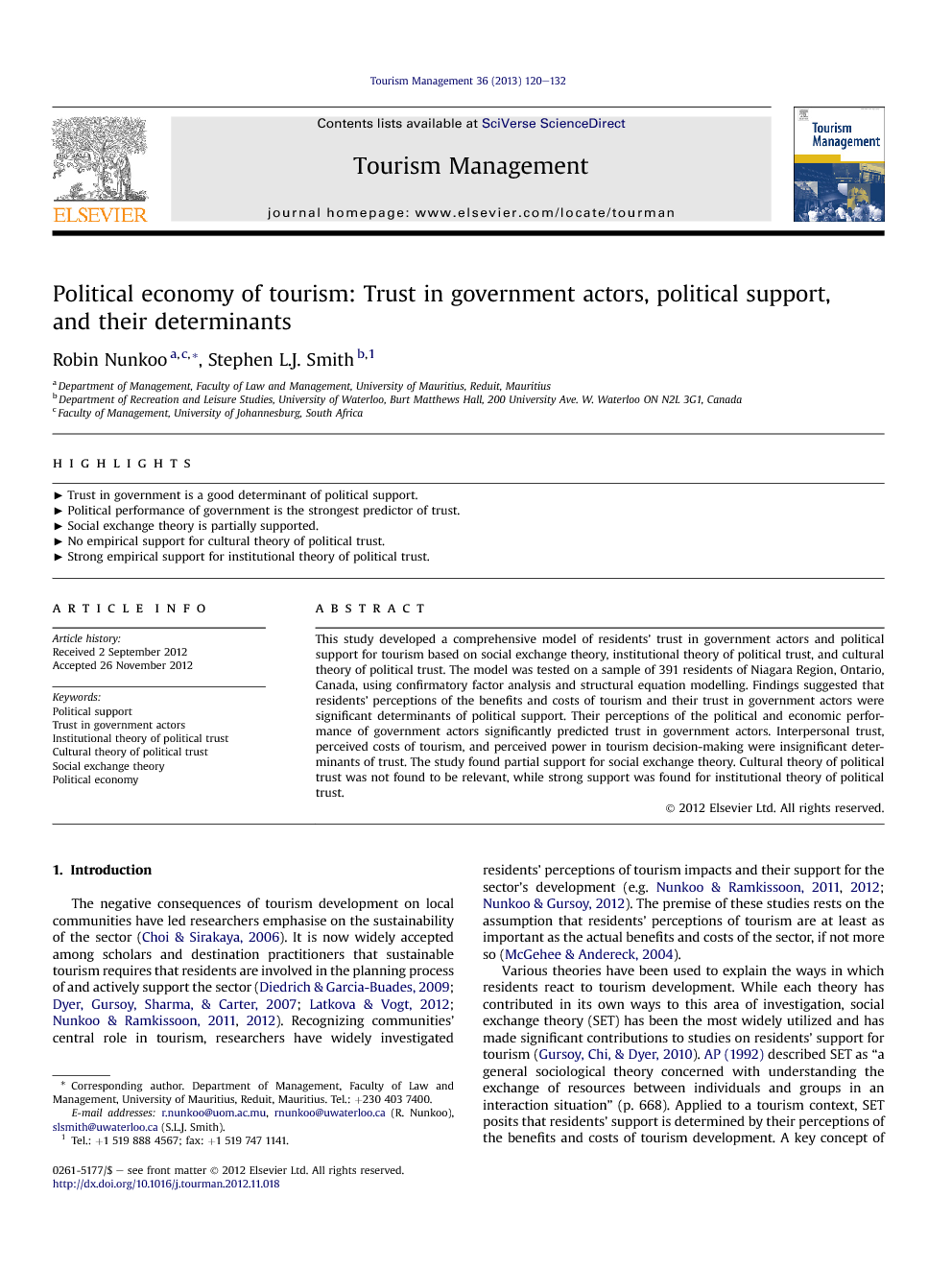 This study tested a political support model based on three different theories: SET, ITPT, and CTPT. Some of the study's findings reinforce the results of previous research. The study also provides new theoretical perspectives on the determinants of residents' trust in government actors and their political support for tourism. The study found SET to be partially relevant because level of power was not found to be a significant predictor of perceived costs, while the latter had an insignificant relationship with trust. CTPT was also not relevant in this research because interpersonal trust was found to be an insignificant determinant of residents' trust in government actors. In contrast, ITPT was found to be very relevant in explaining trust. An important lesson for researchers and tourism planners is that trust in government actors in tourism is primarily influenced by the political and economic performance of those actors. Furthermore, destination managers should also recognize that residents are likely to support policies related to tourism if they trust government. The research suggests that residents' trust in government actors and their level of political support for tourism are complex issues that are determined by several factors. A single theory is unlikely to provide a comprehensive understanding of residents' trust and political support for tourism development. Based on the results of this research, future researchers are urged to avoid using a single theoretical perspective when investigating public trust and support for tourism development and planning. Adopting more than one theoretical perspective in such studies is likely to provide a broader and deeper analysis of findings, prevent premature acceptance of plausible explanations, increase confidence in developing concepts or constructs in theory development, and reduce potential biases in and improve credibility of research findings. Overall, the findings suggest trust is a key ingredient of a democratic and sustainable development of tourism and the concept should be investigated further by tourism researchers.