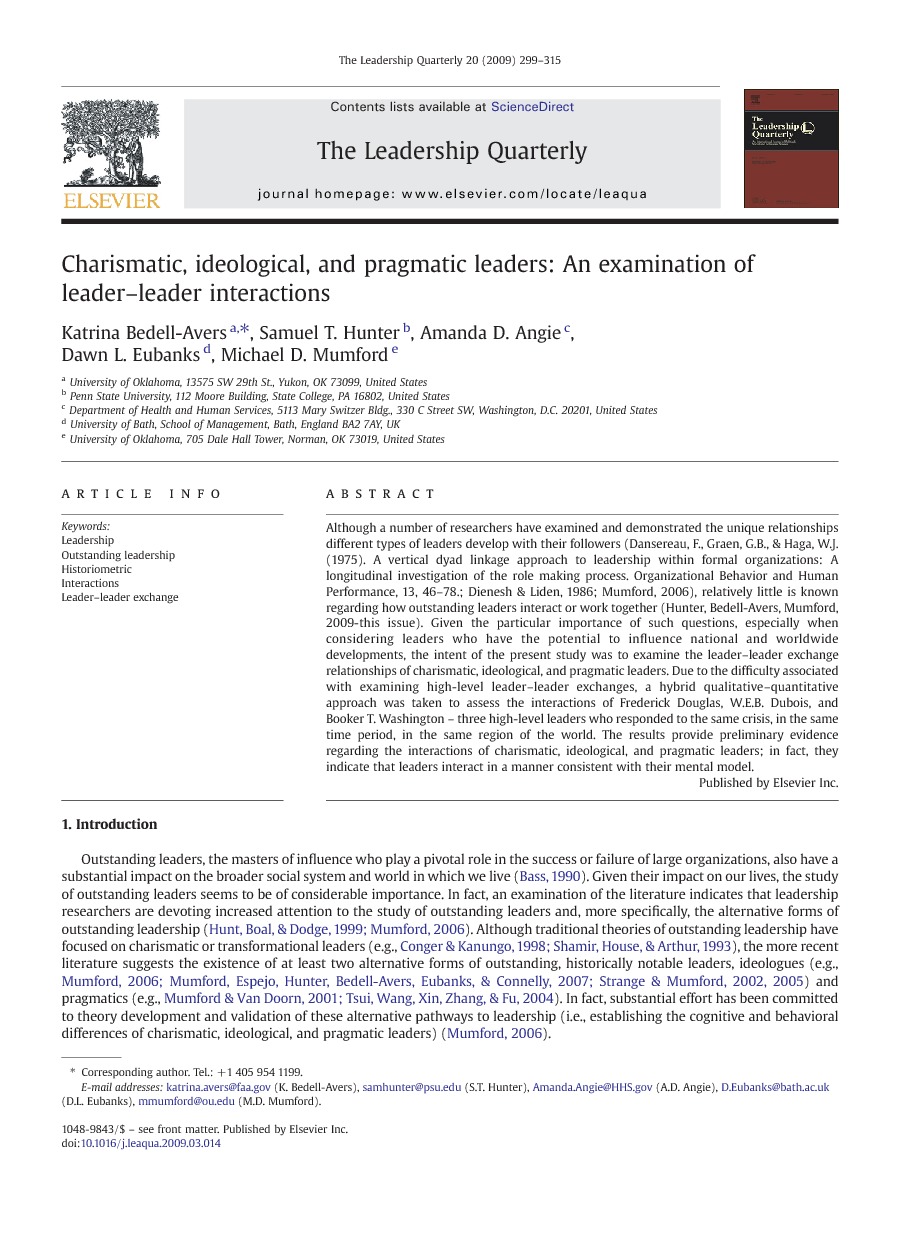 Although a number of researchers have examined and demonstrated the unique relationships different types of leaders develop with their followers (Dansereau, F., Graen, G.B., & Haga, W.J. (1975). A vertical dyad linkage approach to leadership within formal organizations: A longitudinal investigation of the role making process. Organizational Behavior and Human Performance, 13, 46–78.; Dienesh & Liden, 1986; Mumford, 2006), relatively little is known regarding how outstanding leaders interact or work together (Hunter, Bedell-Avers, Mumford, 2009-this issue). Given the particular importance of such questions, especially when considering leaders who have the potential to influence national and worldwide developments, the intent of the present study was to examine the leader–leader exchange relationships of charismatic, ideological, and pragmatic leaders. Due to the difficulty associated with examining high-level leader–leader exchanges, a hybrid qualitative–quantitative approach was taken to assess the interactions of Frederick Douglas, W.E.B. Dubois, and Booker T. Washington – three high-level leaders who responded to the same crisis, in the same time period, in the same region of the world. The results provide preliminary evidence regarding the interactions of charismatic, ideological, and pragmatic leaders; in fact, they indicate that leaders interact in a manner consistent with their mental model.