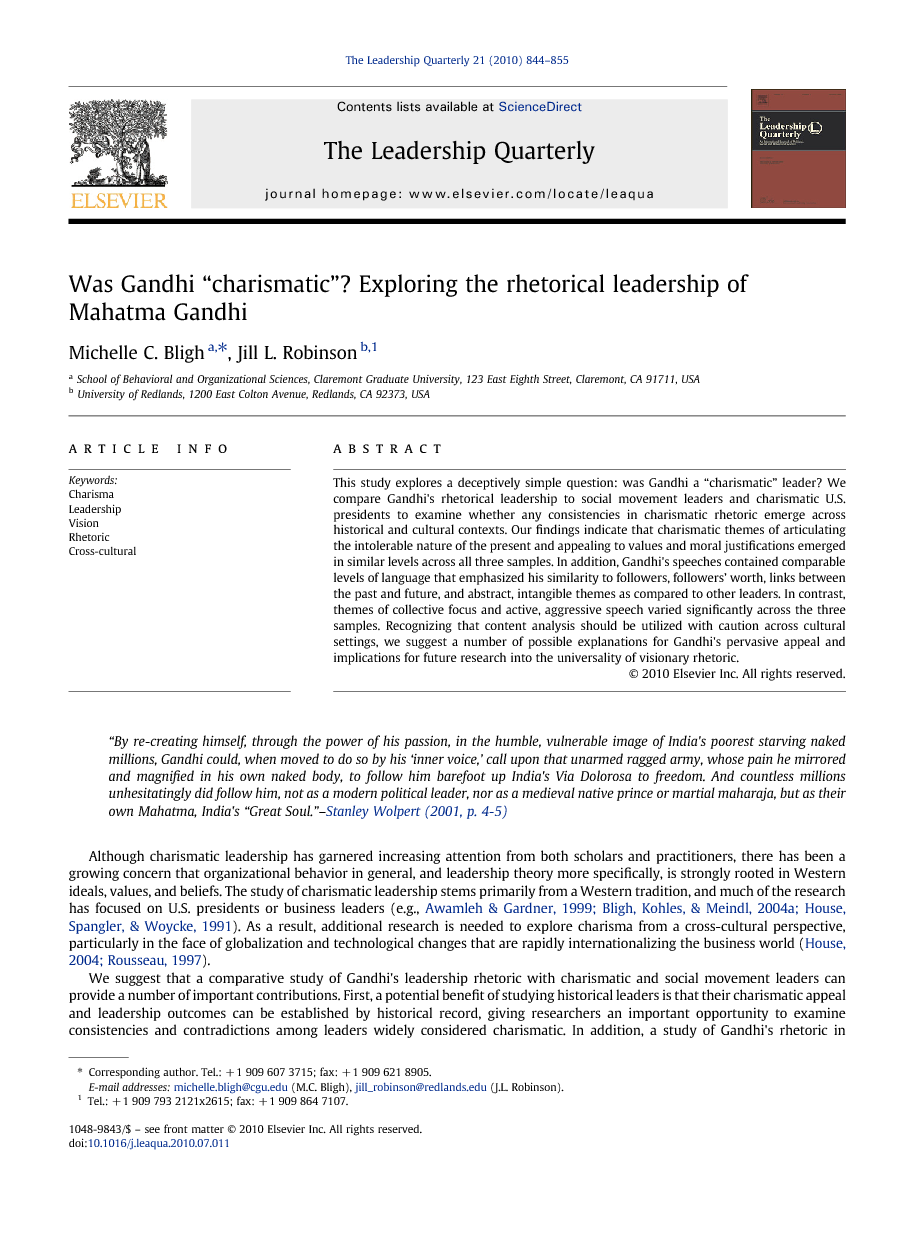 This study explores a deceptively simple question: was Gandhi a “charismatic” leader? We compare Gandhi's rhetorical leadership to social movement leaders and charismatic U.S. presidents to examine whether any consistencies in charismatic rhetoric emerge across historical and cultural contexts. Our findings indicate that charismatic themes of articulating the intolerable nature of the present and appealing to values and moral justifications emerged in similar levels across all three samples. In addition, Gandhi's speeches contained comparable levels of language that emphasized his similarity to followers, followers’ worth, links between the past and future, and abstract, intangible themes as compared to other leaders. In contrast, themes of collective focus and active, aggressive speech varied significantly across the three samples. Recognizing that content analysis should be utilized with caution across cultural settings, we suggest a number of possible explanations for Gandhi's pervasive appeal and implications for future research into the universality of visionary rhetoric.