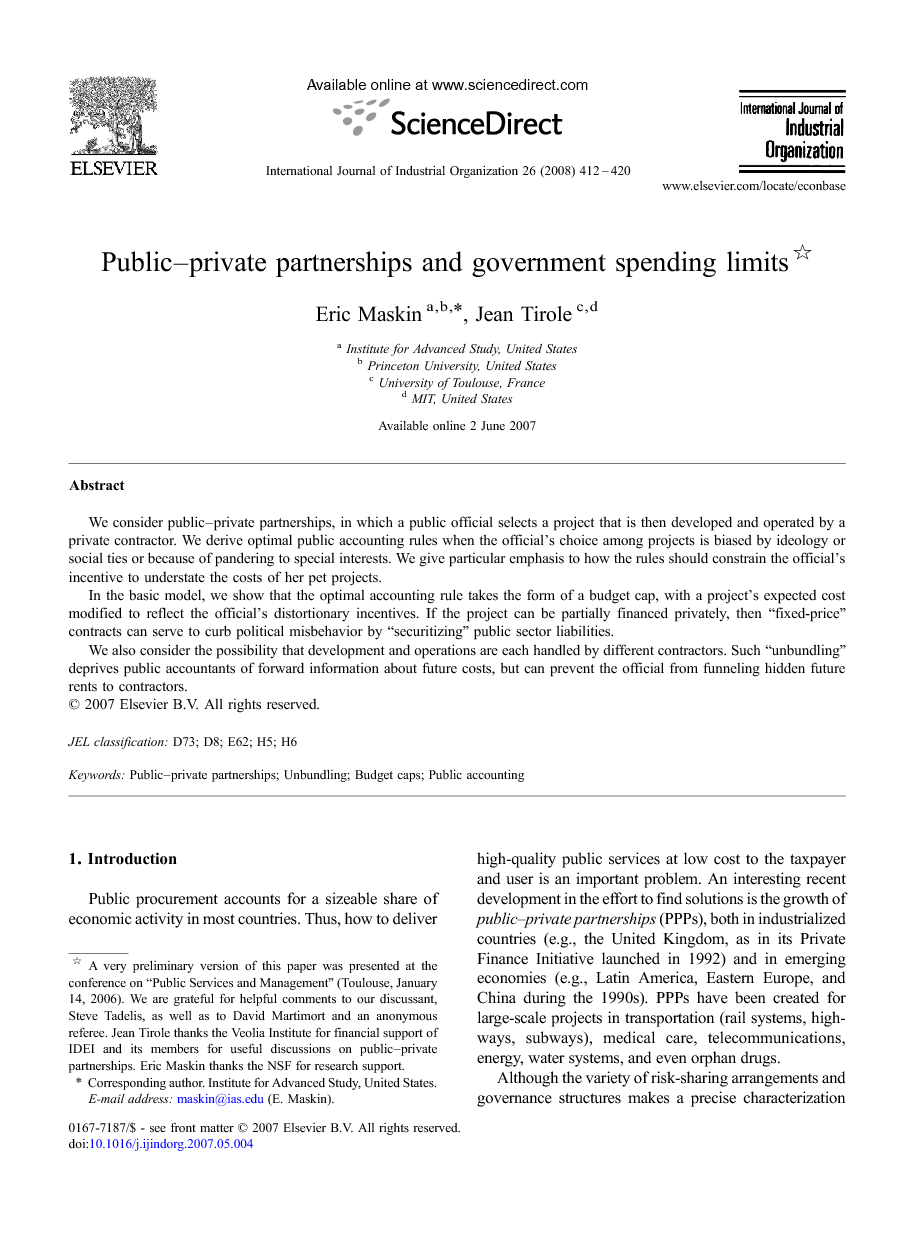 We consider public–private partnerships, in which a public official selects a project that is then developed and operated by a private contractor. We derive optimal public accounting rules when the official's choice among projects is biased by ideology or social ties or because of pandering to special interests. We give particular emphasis to how the rules should constrain the official's incentive to understate the costs of her pet projects. In the basic model, we show that the optimal accounting rule takes the form of a budget cap, with a project's expected cost modified to reflect the official's distortionary incentives. If the project can be partially financed privately, then “fixed-price” contracts can serve to curb political misbehavior by “securitizing” public sector liabilities. We also consider the possibility that development and operations are each handled by different contractors. Such “unbundling” deprives public accountants of forward information about future costs, but can prevent the official from funneling hidden future rents to contractors.