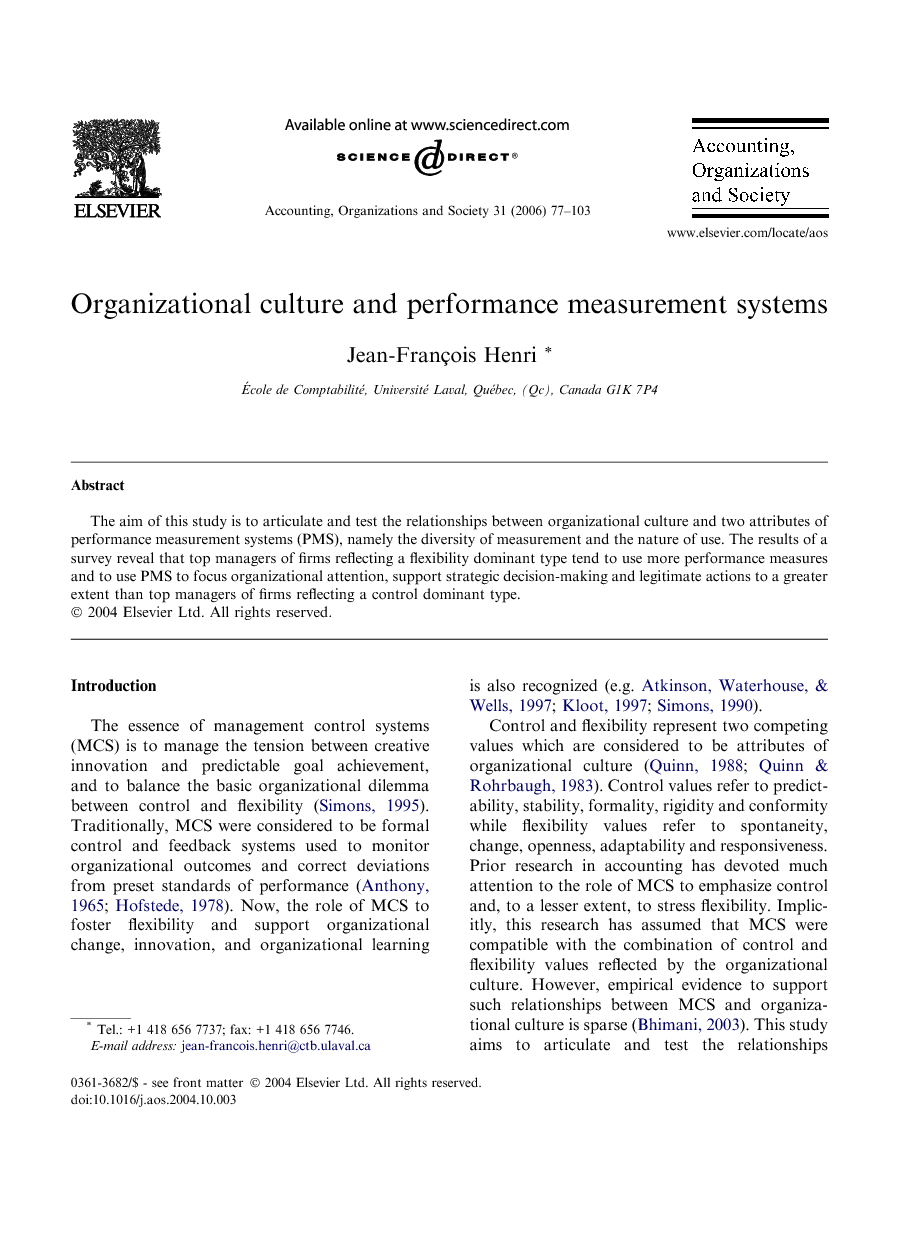 The aim of this study is to articulate and test the relationships between organizational culture and two attributes of performance measurement systems (PMS), namely the diversity of measurement and the nature of use. The results of a survey reveal that top managers of firms reflecting a flexibility dominant type tend to use more performance measures and to use PMS to focus organizational attention, support strategic decision-making and legitimate actions to a greater extent than top managers of firms reflecting a control dominant type.

The aim of this study was to provide a better understanding of the relationships between organi-zational culture and performance measurement systems developed for top management teams. A number of theoretical contributions and practical implications can be derived from our results. From a theoretical standpoint, this paper extends previ- ous management accounting literature using a contingency approach and prior research on PMS by examining the influence of organizational culture on the design and use of one component of management control systems, namely PMS. De-spite insights provided in previous research, the relationships between organizational culture and attributes of PMS have been overlooked in current studies. Without neglecting the importance of other contingent factors previously studied (e.g. environmental uncertainty, strategy, size), culture is an omnipresent factor which affects practically all aspects of organizational interactions. The understanding of this contingent factor is neces-sary to examine and understand PMS from a holis-tic perspective. Furthermore, this study is one of few in management accounting that examine orga-nizational culture using a cross sectional and large-sample approach