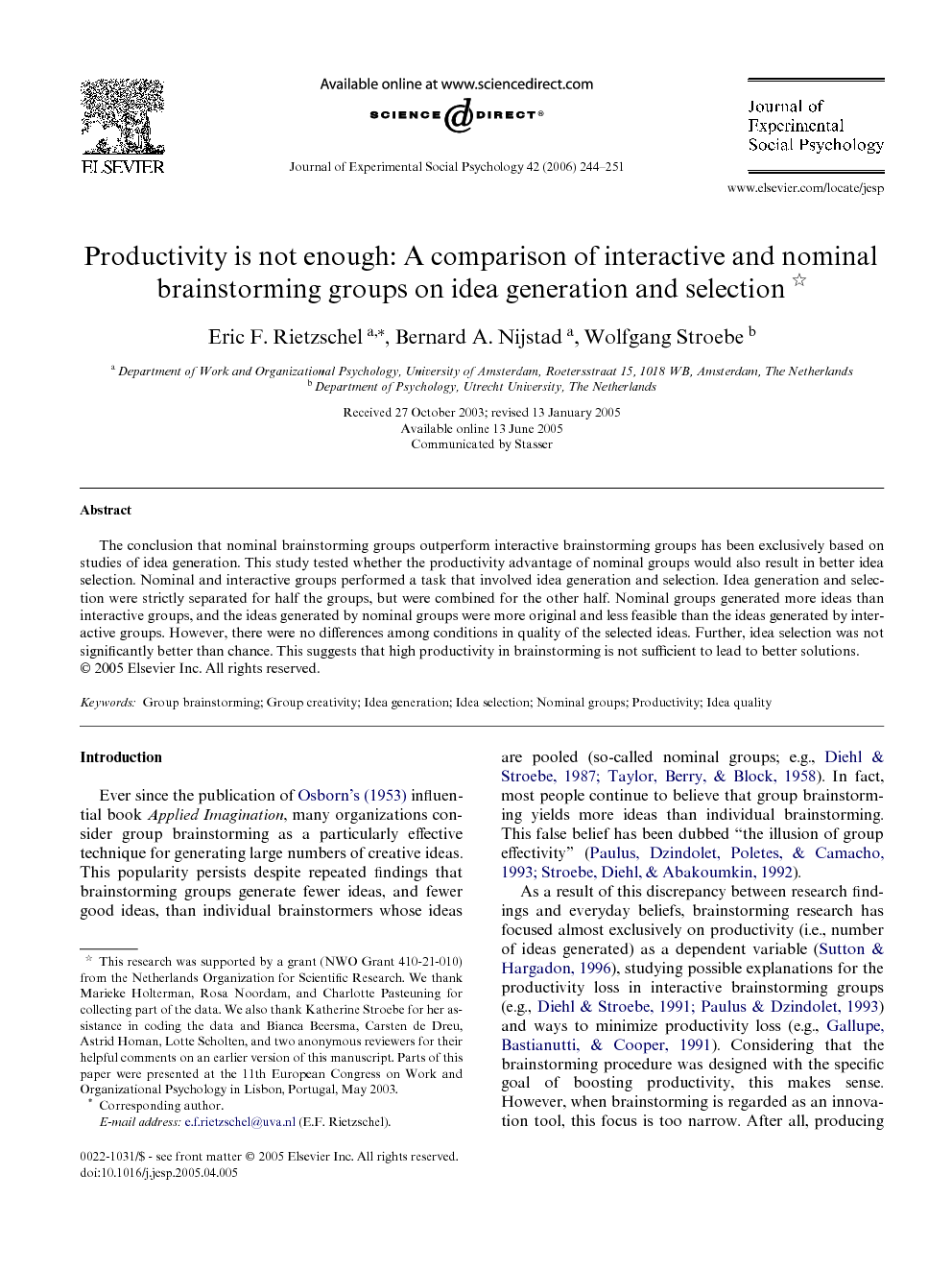 The conclusion that nominal brainstorming groups outperform interactive brainstorming groups has been exclusively based on studies of idea generation. This study tested whether the productivity advantage of nominal groups would also result in better idea selection. Nominal and interactive groups performed a task that involved idea generation and selection. Idea generation and selection were strictly separated for half the groups, but were combined for the other half. Nominal groups generated more ideas than interactive groups, and the ideas generated by nominal groups were more original and less feasible than the ideas generated by interactive groups. However, there were no differences among conditions in quality of the selected ideas. Further, idea selection was not significantly better than chance. This suggests that high productivity in brainstorming is not sufficient to lead to better solutions.