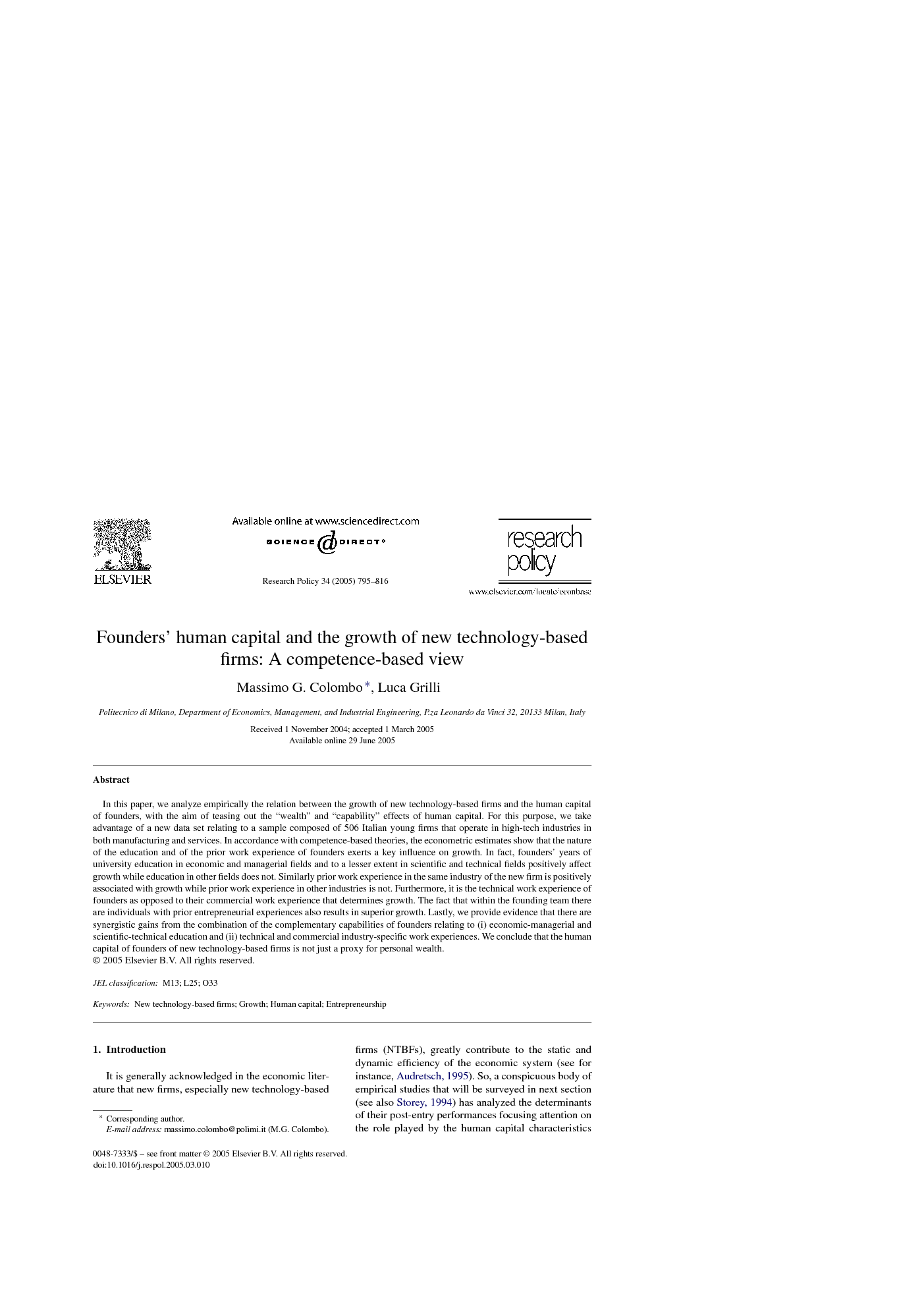 In this paper, we analyze empirically the relation between the growth of new technology-based firms and the human capital of founders, with the aim of teasing out the “wealth” and “capability” effects of human capital. For this purpose, we take advantage of a new data set relating to a sample composed of 506 Italian young firms that operate in high-tech industries in both manufacturing and services. In accordance with competence-based theories, the econometric estimates show that the nature of the education and of the prior work experience of founders exerts a key influence on growth. In fact, founders’ years of university education in economic and managerial fields and to a lesser extent in scientific and technical fields positively affect growth while education in other fields does not. Similarly prior work experience in the same industry of the new firm is positively associated with growth while prior work experience in other industries is not. Furthermore, it is the technical work experience of founders as opposed to their commercial work experience that determines growth. The fact that within the founding team there are individuals with prior entrepreneurial experiences also results in superior growth. Lastly, we provide evidence that there are synergistic gains from the combination of the complementary capabilities of founders relating to (i) economic-managerial and scientific-technical education and (ii) technical and commercial industry-specific work experiences. We conclude that the human capital of founders of new technology-based firms is not just a proxy for personal wealth.